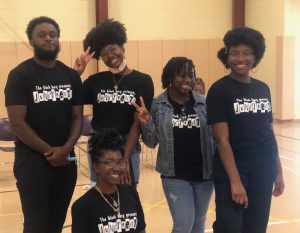 The Black Burg, a community group run by college students.

We are in the thick of election season, and many of our stories this week reflect that, including our monthly podcast. First, register to vote, then catch up on this week’s news below.

Art season in Harrisburg looks much different this year, due to the COVID-19 crisis. Our magazine story highlights the way that local theaters, art museums and musical groups are adjusting. The show must go on!

The Black Burg, a community group run by college students, is holding “Ballots for the Burg,” a voter engagement day in Reservoir Park. The event on Oct. 10 will feature voting assistance, free food and a concert by young local artists, our online story reports.

Bob’s Art Blog features “Art of the State” winners from around Pennsylvania. Check out a few of the photographs, paintings and sculptures that were honored this year.

Braver Angels was founded shortly after the 2016 election to help neutralize the negative emotions and attitudes between red and blue Americans. Here’s the backstory on Braver Angels and their work in PA.

TheBurg Podcast dives into the political divide with the organization Braver Angels, to bring you survival tips. What does it mean to be civil, and is it possible during election season? Subscribe to TheBurg Podcast on your favorite podcast platform!

COVID-19 cases in PA are again on the rise, our online story reports. On average, there were more than 1,100 new cases each day over the past week.

Gamut Theatre brings back live shows with “The Zoo Story.” Our review presents an honest opinion of this unsettling story performed by a two-man cast.

Harrisburg City Council discussed more potential amendments to a proposed police advisory board, our online story reports. The suggested amendment would encourage the Police Bureau’s compliance with requests for information.

The Harrisburg Fire Bureau swore in 10 new firefighters last week. According to Chief Brian Enterline, this set a record high for the number of personnel in the bureau in over a decade, our online story reports.

The Harrisburg School District gave student-athletes the “OK” to play fall sports, after previously canceling the season due to the COVID-19 pandemic. Athletic Director Calvin Everett believes their teams will be behind, but he’s excited they can now participate, our online story reported.

Harrisburg United, an open coalition of Harrisburg region civic, labor, religious and community organizations, issued a statement of support for victims of recent hate behaviors in the city. They encouraged Harrisburg residents to respond by reporting hate activity and supporting those who are targeted.

Our October recipe is centered around the versatile zucchini. Rosemary tells you how to prepare the perfect sausage-stuffed zucchini the Italian way.

Power to the Hill is an organization in Allison Hill focused on increasing civic engagement in the area. Read about the ways that they have helped residents find a voice through exercising their right to vote.

Sara Bozich has a “fall bucket list” for you to check out and plenty of other fun October events. Take a look through her Weekend Roundup, here.