It’s been nearly a month since “Art of the State” award winners were announced. Awards were given in the categories of painting, photography, craft, sculpture and work on paper.

One hundred and nine works are represented from 108 artists across 29 counties. Over 1,900 entries from 680 artists started the field back in February. It is an honor to be selected as a finalist in the 2020 edition of “Art of the State.” Here are 10 local “honorees” in no particular order with the following “snapshots.”

Theodore Prescott’s “Traveler” is a mixed media sculpture formed from mementos one may accumulate at various points on a “dig” found at a 22nd-century outpost. Collectively, they create meaning based on the viewer’s experience.

Andrew Guth’s “Orion” is a triptych painting of male figures in varied states of dress and personas formed around the theme of mutual attraction. Orion, Greek mythology informs, is the most handsome of men and a hunter by trade. Yet there is a poignant sense of loss in that the work’s subtitle, “Tales I Wish He Had Told Me,” conveys a deeper meaning of longing for what was left unsaid in the relationship. 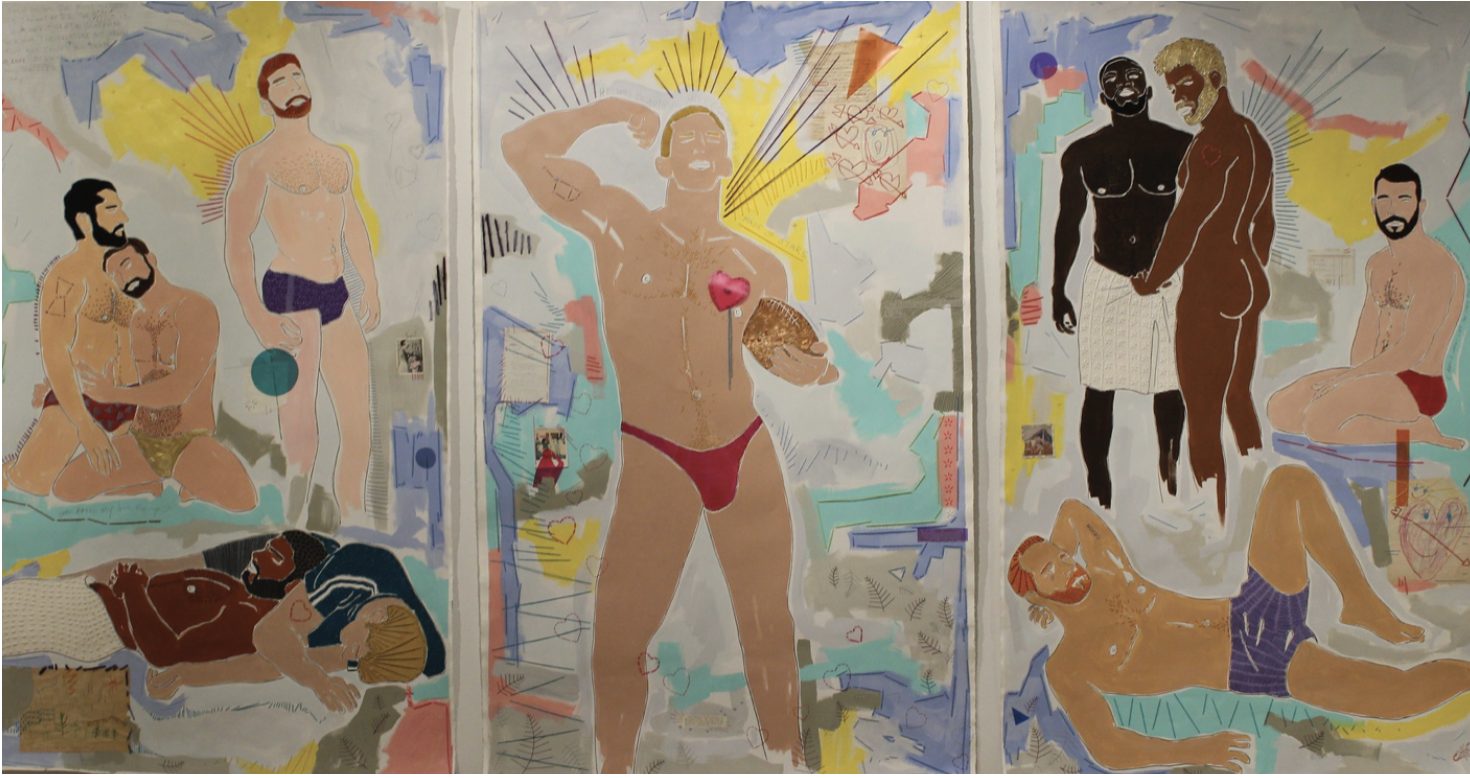 Ryan Spahr’s black and white photo, “Treats,” seems taken from an era of the past undisclosed for interpretation. Yet it evokes an image perhaps from the days of punk rock or of a character from a Lynchian film. The choice is yours to make. 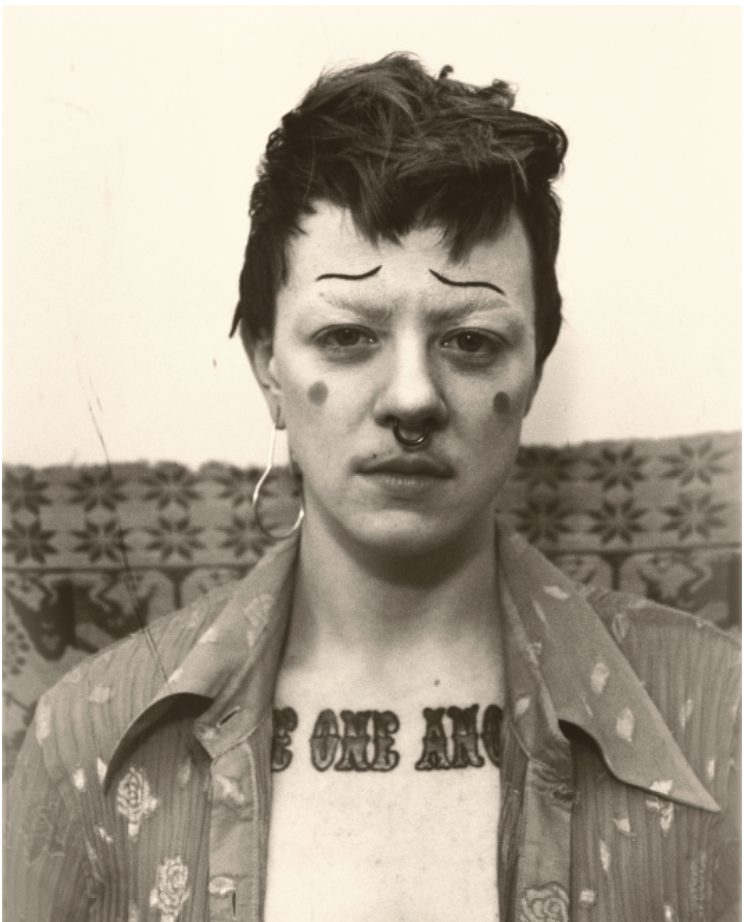 Marjaneh Talebi’s black and white photograph, entitled “Memory,” is a perfect example of pattern-on-pattern play amplifying the medium to new heights. Subtle yet dramatic, the depth achieved is multi-layered for rumination and reflection. 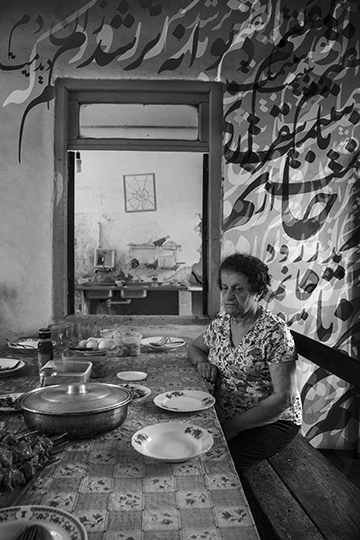 Marc VanDyke’s color photograph, “Surface-005,” takes the viewer on a journey to a faraway galaxy where the denseness of stars is so thick that one gasps at the enormity of the universe. Putting life in perspective, we are but a speck, and yet that speck makes a world of difference. 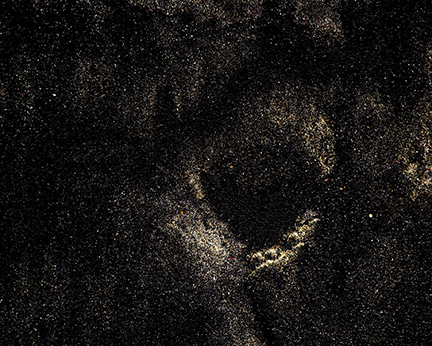 Hannah Steele’s “Cavern” turns spelunking on its head. She explores textures in wood by inverting a table in such a manner that the stalactites’ drippings form art of peerless proportion. 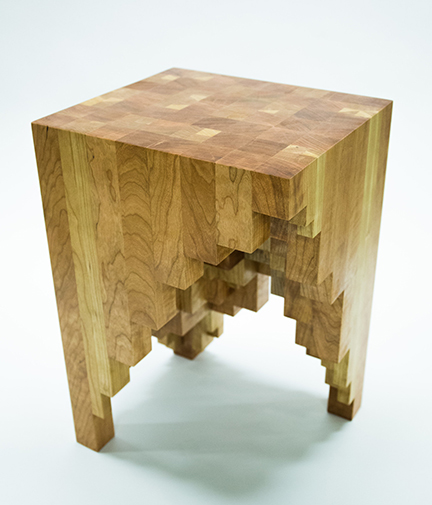 Autumn Wright’s work on paper, “Flight Pattern,” has an old world feel, reminiscent of rare ancient maps and the beginning of cartography. Viewers will see a wide range of images. As for me, I saw specter-like markings, creating a flight of fancy. 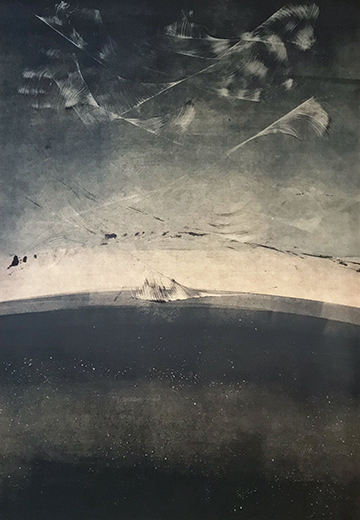 Sanh Tran’s color photograph, “Pretty in Pink, 2,” depicts a model in pink and black dressed to the nines with hat and gloves and, the coup-de-grace, a white plastic grocery bag as the finishing accessory. It represents the perfect marriage of high and low fashion.

The color photograph by Shelby Wormley, “Reflections, Assemblage Series,” is of a young boy astride his father’s shoulders, providing an uplifting moment shared by both. The little boy cradles his father’s face while the elder holds onto his son’s legs with a smile that lights up the frame. 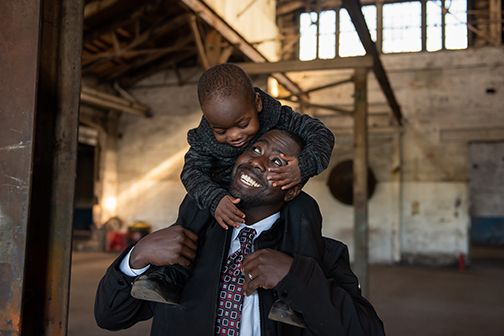 “La Prenza-Resistencia Ciudadana” from Eddy Lopez is a work on paper announcing a call to arms. A color bleed one sheet from an international newspaper highlights the message, “citing the press, citizen resistance,” albeit the power of the people.

Odd Ones Update: What was an annual event over the Thanksgiving weekend has been moved up a month to take advantage of the beautiful fall weather. Tara Chickey, art director of the Millworks, has moved the date of the Odd Ones Bazaar to Saturday, Oct. 17, 11 a.m. to 5 p.m., with a rain date (just in case) scheduled for the following Saturday, Oct. 24. With vendors a plenty, Millworks beer will be flowing and chef Pat will be cooking up treats for purchase. The bazaar will be held outside on the grass on the lots at 3rd and Verbeke streets. This is an annual event that the art-going public anticipates with relish—whether you are odd or even. It’s a great gala gathering for friends and neighbors of Midtown and the central PA area, so mark your calendar. Be sure to mask up, after all, Halloween is just two weeks away. Social distance and feel free to be as odd as you can be. I promise you won’t be alone in that. For more information, visit the Millwork’s website.