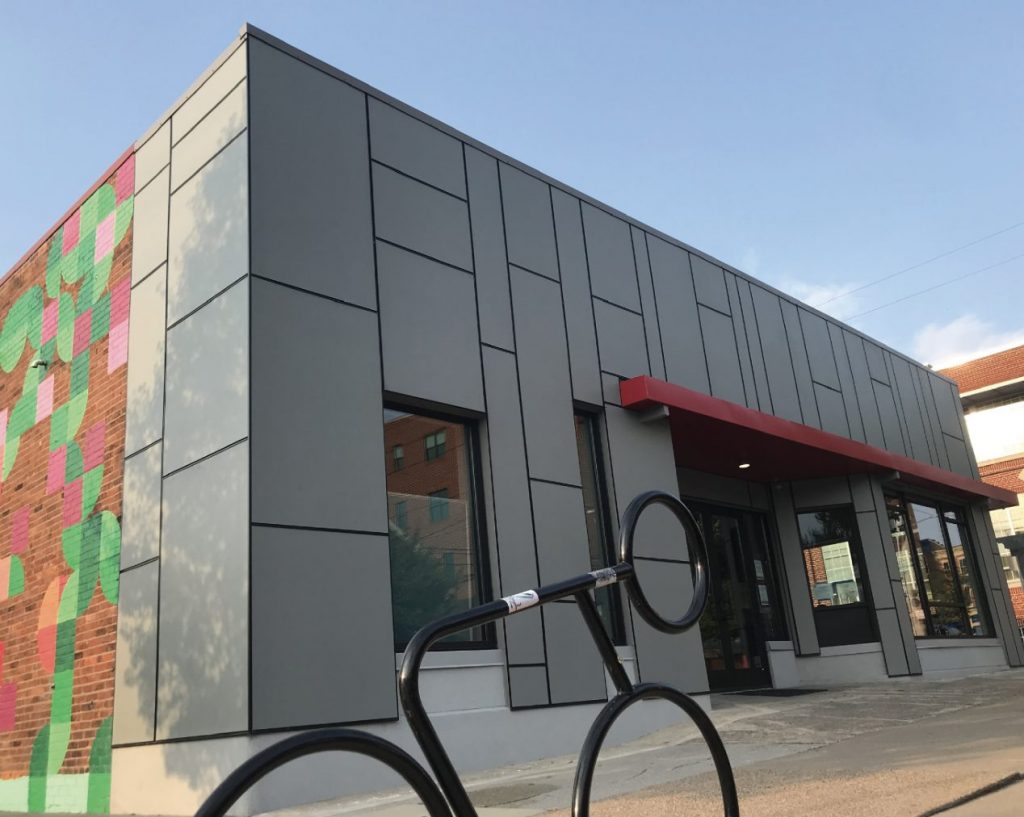 “You ask me what audiences can expect.”

Stuart Landon gives it his best shot. How about fun tales from awesome storytellers, delivered virtually, without a paywall, and in never-before-done formats?

“If we have to re-create something anyway, why don’t we re-create with our hearts?” said the producing artistic director of Open Stage.

Oh, that. The fall season is back, but pandemic-style.

“So we’re getting a hydroxyl generator that cleans the air,” he said.

“We got a grant for it!” enthused the budget-minded Executive Director Melissa Nicholson.

“You have to sort through what’s quackery and what’s real,” added Clark. “When I first heard about it, I thought, ‘Yeah, right.’ But it really is viricidal.”

To boldly go to live performances, Gamut adopted a litany of safety protocols. Actors quarantine in cohorts. Patrons agree to follow the rules, including wearing masks, before they can even buy tickets. Actors are safely distanced from patrons, no longer delivering lines from the aisles.

“We’re just looking forward to getting back in front of people,” Clark said.

No matter their exposure to live patrons, organizations are taking precautions. HSO made sure to count Maestro Stuart Malina in the 25-person limit recommended for many gatherings. Susquehanna Art Museum visitors are encouraged to use one restroom, which is cleaned between visits whenever possible.

Midtown Cinema’s small-group showings are scheduled in staggered starts, to prevent groups from mingling. Midtown Cinema and Open Stage, both managed by Landon, invested in “crazy cleaning stuff,” he said.

COVID-19 has disrupted the seasonal rhythm of the arts.

“The rules have changed, so it’s not just rinse and repeat,” said HSO Executive Director Matthew Herren. “Everything is new. We’re working overtime to make everything work. The staff has been terrific.”

Open Stage has “doubled down” on technology to present its virtual season on its own YouTube Channel, said Landon. A new chat moderator keeps conversation going in social media.

The Susquehanna Art Museum moved its planned Modernism exhibit from summer to fall, while adapting as works became available or unavailable.

“Not much is committed as far as traveling exhibits out there in the world,” said Executive Director Alice Anne Schwab. “The best we can do is plan what we can and do it as well as we can.”

Even while the Art Association opens its doors, it continues to rearrange its yearly calendar. The Vision Gala—the former Bal Masque—was postponed, re-postponed and finally scheduled for March as the 2021 (Corrected) Vision Gala. The hosts of all five 2020 summer soirees agreed to postpone until 2021.

Supporters remain onboard because “they love the Art Association offerings and know that what we provide is essential to their physical and mental well-being,” said Executive Director Carrie Wissler-Thomas. “You can’t survive in a normal world without art, and in an abnormal world like we have now, the art is absolutely vital. You need to find some joy and beauty in your life.”

New approaches are popping up, and artists finally have time to pursue what Herren calls these “backburner ideas.”

“We’ve said we should do more social media, or more online content, and now we’re all doing it, because we have to,” he said. “I think it’ll pay off. It can only help grow the audience, because a lot of it is free.”

Open Stage took the free idea to the limit, making access to its streamed performances “pay what you will”—even if you pay nothing.

“We felt it was important for us to take this moment to assess our industry and to make sure that it’s as inclusive and equitable as it could possibly be, even if we are in ‘survival mode,’” said Landon. “Ultimately, our central product, our core competency, is taking a big leap of faith, but I just know that our community will support us and will join in on the fun.”

Of course, arts groups, like all other organizations and businesses, need money to survive.

Many organizations have received federal, state and local grants and loans. Emergency appeals have been fruitful. Patrons are holding on to their pre-March ticket purchases, patiently waiting for the lights to come back up.

Melissa Nicholson’s voice rises to a question mark when she says, “Right now, we’re good.” Then she adds, “But this could be a long time, and that’s one of the reasons we wanted to explore trying live shows.”

Frank Schofield, Harrisburg University’s director of music and media services, has been asked to refund only about five tickets purchased for postponed shows.

“The resilience of the live entertainment ticket holder in central PA is pretty amazing,” he said. “This tells me that people are understanding. They’re patient. They realize that their investment will bear fruit.”

As for next summer, watch for a “very full and active” concert season, Schofield says.

After all, artists gotta art.

“When this is all over and all the actors can come back, you’re going to see an explosion of creativity,” said Clark Nicholson. “They’re like horses in the starting gate, and they can’t get out. There are performers who are ready to do anything and everything for you. There’s gonna be a boom when it’s all done.”

With a pastiche of video, streaming and—yes—live performances, here’s a peek at the 2020-21 season for several arts organizations (subject to change, of course).