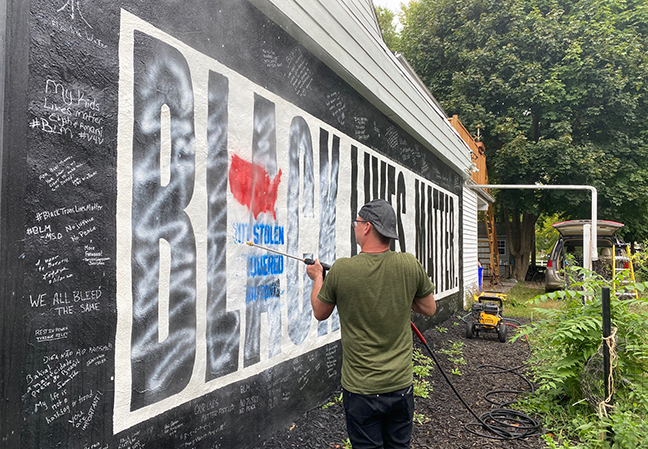 The Black Lives Mural in Harrisburg was defaced on Sept. 27.

Harrisburg United, an open coalition of Harrisburg region civic, labor, religious and community organizations, is saddened and alarmed to note the recent surge of hate behaviors in our area: the desecration of a synagogue with Nazi symbols; the defacement of Black Lives Matter murals in the city proper by an organized hate group; and coincident vandalism at the Harrisburg LGBTQ Center.

The vitality, resilience and growth of our region depends on the continued respect among its residents of all races, religions and sexual orientation. Our organizations stand firmly in support of the victims of hate behaviors and their threatened communities.

We urge residents of the Harrisburg region to respond personally to hate behaviors:

The Harrisburg United coalition strongly believes that hate motivated crimes and related actions do not reflect who we are as a region. We are proudly diverse people who care about other people and seek to constantly improve the quality of life in our region for those who live, work, visit, and do business here.

May 13, 2021 | by Pennsylvania NewsMedia Association