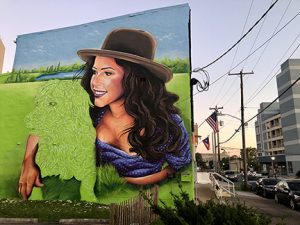 Our October issue of TheBurg came out this week! Make sure you grab a copy, and don’t forget to catch up on this week’s local news, listed and linked, below.

An affordable housing development for seniors was approved by Harrisburg City Council this week, our reporting found. Bethel Village will be located at N. 6th and Herr streets.

The Brandywine Valley in Delaware has an interesting history and legacy that can now be toured. In our magazine story, read about all the best spots to visit on a trip.

It’s fall in Harrisburg, and TheBurg offers a smattering of fall-ish things to do around central PA, says our editor. He also reflects on the work that Sprocket Mural Works has done in the past months to beautify the city.

Harrisburg Symphony Orchestra will open for its 2021-22 season, after going virtual last year due to the coronavirus pandemic. Read about what they have planned, in our magazine story.

Italian Lake in Harrisburg will open for fishing for a day, our online story reported. Instructors will teach kids the basics of fishing and let them try for themselves.

Open Stage’s “White Rabbit, Red Rabbit” is hilarious, heartbreaking, disquieting, illuminating and absolutely transformative. But our theater reviewer can’t tell you anything about the plot. Find out why, here.

Sara Bozich is in full fall mode and has lots of ways for you to get into the spirit, as well. Her “Weekend Roundup” has everything from fall festivals to Oktoberfest celebrations.

Sprocket Mural Works celebrated the completion of its 50th mural this week, our reporting found. The large-scale work of art at Anastacia’s Restaurant & Bar celebrates pets and their adopters.

Street paving began this week in Bellevue Park, as part of a plan to patch and repave several worn roads in Allison Hill, our reporting found.

Theatre Harrisburg announced Lorien Reese Mahay as its new executive director, effective Oct. 4, our reporting found. Mahay has over a decade of experience in theater management, education and fund development.

Village Artisans Gallery houses some of the best craftsmanship in central PA, our magazine story reported. It displays a wide selection of blown glass, pottery, turned wood, hand-woven apparel and jewelry, as well as illustrations, calligraphy and more.

Whit Waltman is a young, Harrisburg-based, art rock/indie rock band just beginning to find its way on the local music scene. In our magazine story, read about the friendship and music that define the band.