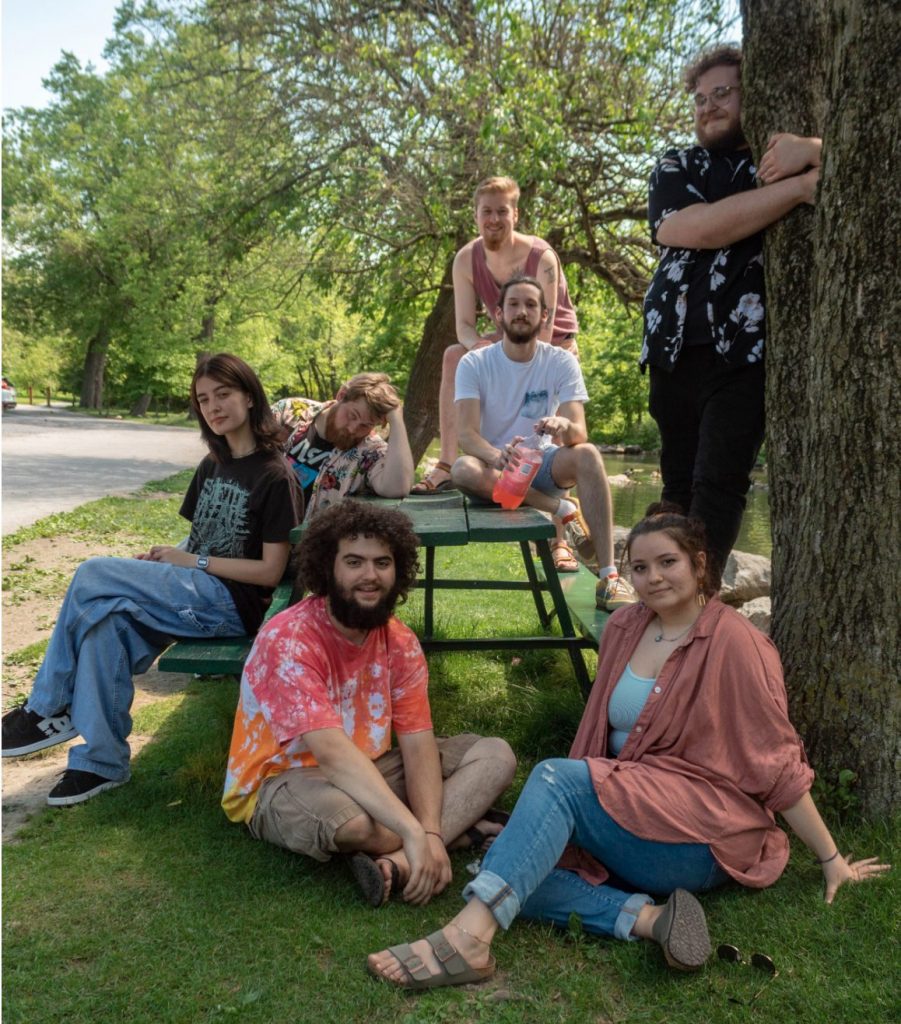 There’s strength in numbers, and sometimes bigger is better.

But do you know what else is powerful? Music. Because it possesses the power to bring people together.

Whit Waltman is a young, Harrisburg-based, art rock/indie rock band just beginning to find its way on the local music scene. But what the band has already discovered is that the sum of its whole is greater than its parts, and that six is more than two.

When the friendship and the fellowship are almost as important as the music itself, the end product can be amazing.

“Having six people in the band is definitely difficult in some ways, but more rewarding in others,” said Patrick Schmitt, the band’s manager and drummer. “I love the music I’m making with the people I care about. We’re all friends, and that’s the most rewarding experience.”

All of the band’s members are from the Harrisburg, Camp Hill and the Shippensburg area, and while it took some practice, hard work and cooperation, the result has taken the band’s sound to another level. It was at that point that Whit Waltman went from being a duet to a band.

“Originally, what Christian and I were doing wasn’t even for people to listen to,” said Schmitt. “We just wanted to write music for us. But we needed to get more people to put sound to what we were writing.”

Whit Waltman has already played shows at Little Amps Coffee Roasters in Harrisburg, Record Smith in Mechanicsburg and Station One Center for the Arts in Lancaster, as well as a number of basement and garage gigs. On the internet, their 50-plus tracks can be found on Spotify, Apple Music, YouTube, iTunes, Sound Cloud, Band Camp and TikTok.

Earlier this year, the band submitted a video to the NPR Tiny Desk Concert contest featuring their powerful song “Mon Frère,” which can be seen on YouTube.

“I wouldn’t say any of it is mainstream, but we’re not super underground either,” said Schmitt, who’s studying music business at HACC. “We write a lot of different kinds of music. The new music we’ve been writing is more poppy, but not radio popular. I think we can be very accessible for a lot of different crowds.”

Like for many musicians, the pandemic dramatically affected the band’s ability to rehearse and grow. But they’re now back to practicing and playing.

“I don’t know what the end goal is right now,” said Schmitt. “I think it’s to just keep doing what we’re doing. We’ve never sat down and established end goals, but we’re going to. The main thing is we want to touch people. But at some point, I think we’d really like to put a tour together.”

The band’s name is a creative play on the name of the 19th-century American poet Walt Whitman, of whom Witmer is a big fan. If the catchy phrase is the hook, then Whit Waltman’s music is the pay off.

“I think the origin of all the music is a little different, depending on who is bringing in the idea,” Schmitt said. “Maybe Christian will come up with a melody, and we’ll all start working on it. He’s really good at it. He can write songs with very little effort.”

Every member of Whit Waltman has an interest outside of the band. Some are pursuing degrees in higher education, while others are employed at local businesses.

“We are all best friends, but Christian and I have known each other the longest,” said Schmitt. “Music is something all of us want to do in our lives, whether it’s together or separately. But we’re all supportive of each other. We’re all about wanting to see each other succeed, no matter what that is.”

For Whit Waltman, one definition of “making it” could entail paying the rent through music or some other artistic pursuit. But the fact that they seem to realize that sometimes life simply happens makes them wise beyond their years.

“I think ultimately, ‘making it’ would involve being a little more successful than we are,” said Schmitt. “We’re doing things now that we weren’t the day before, and it’s been a great experience. I want to effect positive change in the lives of people who hear our music. I think the work this band has done has already been the healthiest thing in my life.”

For more information on Whit Waltman and to hear music samples, visit www.witwaltman.bandcamp.com, Facebook, Instagram or any major streaming service.