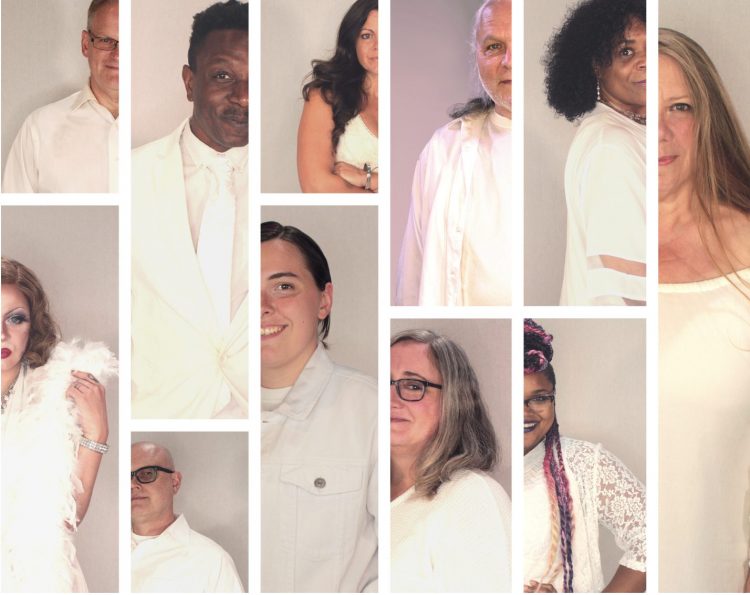 What makes a play a play? Take away the set, the costumes, the director and any rehearsal, and what are you left with?

In an intimate theater on Court Street, audiences are about to find out.

Let’s rewind a few years. In 2010, Nassim Soleimanpour was a young playwright who refused compulsory military service in Iran. Because he refused to be conscripted, he was denied a passport and forbidden to leave Iran. He was, in a way, imprisoned.

But even if Soleimanpour could not leave the country, he realized that his words could.

Fast forward to 2011. Soleimanpour’s play, “White Rabbit, Red Rabbit,” premieres at the Edinburgh Fringe Festival and is a critical success, played to sold-out houses, and is lauded by audiences for its brilliant originality.

The playwright, of course, was not in attendance. The show would continue to be a smash hit, being translated into dozens of languages and having hundreds of productions. And while his play would continue to travel the world, he would not.

All right. So. In most articles about plays, this would be a really good segue into the plot of the play. Here’s where I would tell you a bit about the story, the characters, the themes, etc. Where (if I did my job correctly) you would lean in and say, “Well that sounds interesting!” A tantalizing but tight paragraph that might fit into a TV Guide descriptor.

It’s the worldwide phenomenon no one is supposed to talk about, but here’s the gist of it—the play has no team of designers, no director, no six-week rehearsal period. The actor will see the script the night of the performance, opening a sealed envelope in front of the audience right before the play is performed. It’s not a gimmick. It ties into a very important element of the show, and believe me when I tell you that the less you know about it, the more profound your experience will be.

Same goes for the actors in this play: they know nothing about what they are about to perform. The actor does get a few short directions before the show, before they open the sealed envelope with the script inside. And here’s another catch—once you’ve performed it, you can never perform it again. Theater is, by its very nature, ephemeral. And “White Rabbit, Red Rabbit” is perhaps the most momentary theatrical experience that any actor will ever have—no second nights, no do-overs.

And the actors! Believe me when I say that the lineup for the 12 performances of “White Rabbit, Red Rabbit” at Open Stage are powerhouses in the Harrisburg theater scene. These pillars of the community are artistic directors, drag performers, improvisers, theater educators, actors and singers, and each one has no idea what the show is about.

There have been a lot of big names who have performed “White Rabbit, Red Rabbit.” Americans will know actors like Whoopi Goldberg, Nathan Lane, F. Murray Abraham, Cynthia Nixon, Martin Short and Wayne Brady, just to name a few. You might notice these actors aren’t exactly cut from the same cloth. The author created a piece where your “type” doesn’t matter. The story and the experience transcend the individual, and the performer can be any age, any gender, any race, any anything. And audiences can have a profoundly different journey every night.

While I can’t tell you what the journey is, I can tell you that the journey you’ll have is hilarious, heartbreaking, disquieting, illuminating and absolutely transformative. It’s just something you have to experience yourself.

One minor spoiler—you will see one thing that is the same in every single performance: an empty chair in the front row. At every performance over the last 10 years of “White Rabbit Red Rabbit,” the playwright requests that a seat be saved for him.

Happenings: Our July Calendar of Events