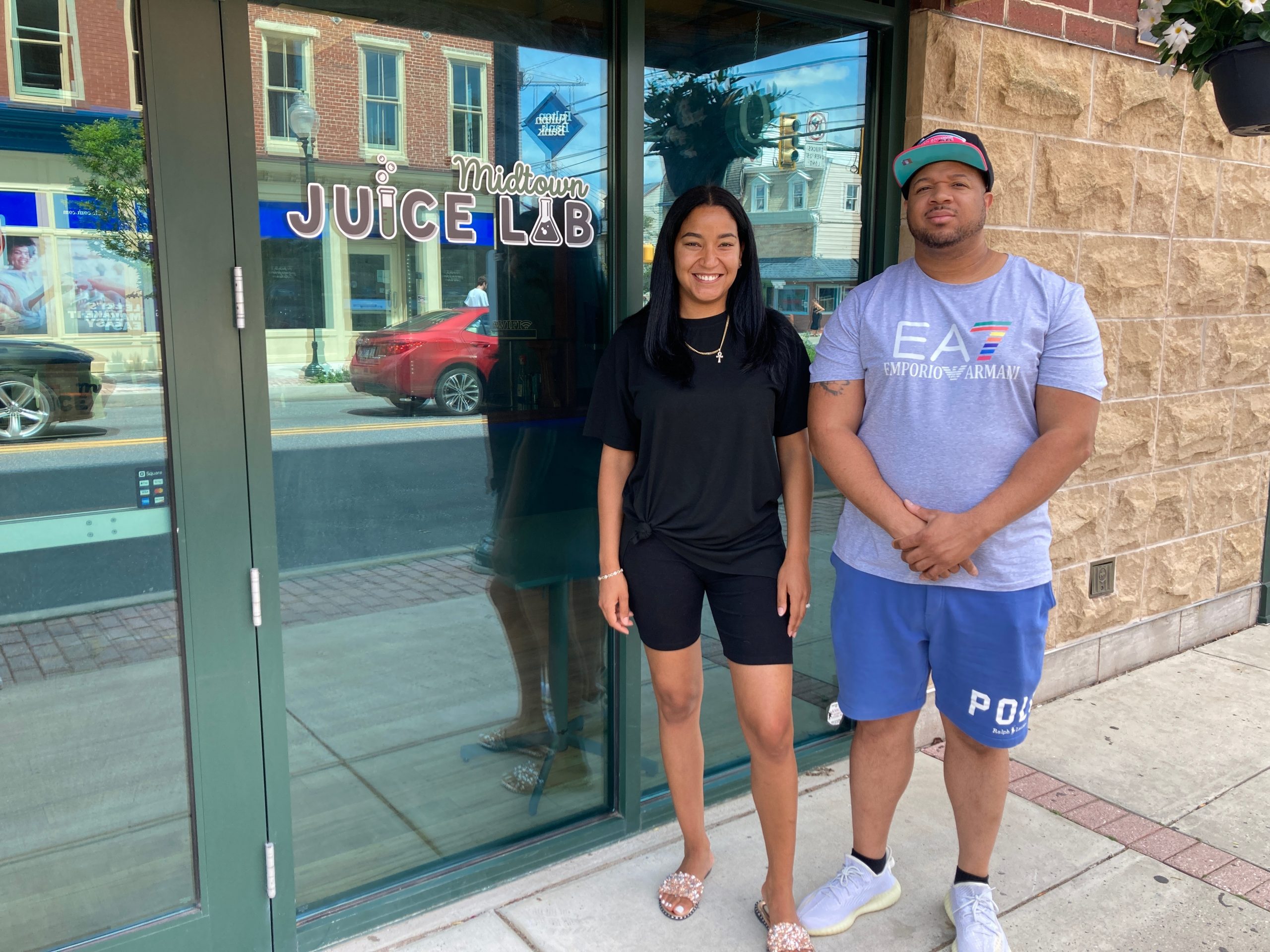 Owners Bryanna and Anthony Graham of Midtown Juice Lab, which is set to open in Harrisburg next week

After Thursday night’s downpour, it’s looking like warm, sunny days ahead for the weekend. Make sure to celebrate Juneteenth, share some love with your dad on Father’s Day, and catch up on all of the week’s local news, below.

The Broad Street Market will ceremonially re-light its iconic sign on Friday, during 3rd in the Burg, our online story reported. The sign was refurbished and reinstalled in April, after suffering severe wind damage.

The Capital Area Greenbelt Association held its 2022 Tour de Belt on June 5 and raised $59,425 to support its beautification efforts, our online story reported. Nearly 1,200 people made the 20-mile loop around the Greenbelt.

Cordier Auctions & Appraisals will hold another in a series of auctions of artifacts acquired by long-time Harrisburg Mayor Steve Reed, our reporting found. The auction, featuring many items with ties to the historical American West and the U.S. military, will open next week.

Eniola African Food Store recently opened in Allison Hill in Harrisburg, our online story reported. The shop offers a wide range of African products, something that the city was previously missing, according to owner Eniola Iruaregbon.

Friends of Midtown announced the schedule for its free summer Outdoor Film Series, our online story reported. Throughout the season, animated, action and cult-favorite movies will hit the big screen outside Midtown Cinema in Harrisburg.

Harrisburg City Council voted to approve the use of about $15.6 million in federal COVID relief dollars, our online story reported. The city will use those funds to finance an HVAC upgrade for its Public Safety Building and for benefits for fire and police bureau employees.

The Harrisburg School District seems likely to remain in receivership, as the Pennsylvania Department of Education has filed a petition for an extension for another three years, our reporting found. If the extension is approved by the Dauphin County Court of Common Pleas, Receiver Dr. Lori Suski would remain in the post through mid-2025.

The Harrisburg Symphony Orchestra announced that it will offer free concerts during the July 4th weekend, our online story reported. The tour will travel to five local venues from June 30 to July 4 and conclude at Reservoir Park in Harrisburg.

The Jewish Federation of Harrisburg is moving into the former Dixon Center with big plans for the space. In our magazine story, read about the organization’s goals for its future and how it hopes to impact central PA.

Jubilee Day returned to Mechanicsburg this week with vendors, music, food and carnival rides. Read more about the significance and history of the day, in our magazine story.

Juneteenth will be celebrated by Harrisburg and Dauphin County on June 18 with food trucks, vendors and music, our online story reported. According to Mayor Wanda Williams, this is the first time the city will hold a festival for the holiday.

The Lofts officially broke ground in the former Salvation Army building at Green and Cumberland streets in Midtown Harrisburg, our online story reported. The project, which is being developed by Wormleysburg-based Integrated Development Partners, will feature 16 apartment units.

Sara Bozich has a long list of this weekend’s events, including ways to spend Juneteenth and Father’s Day. Find out what’s happening in the Harrisburg area, here.

Stewed rhubarb with red berries is on the menu for June in Rosemary’s cooking column. Find out how to make the simple dessert, here.

Theatre Harrisburg’s season wraps up with “Vanya and Sonia and Masha and Spike,” which portrays the family dynamics of three middle-aged, discontented siblings. The show runs through June 19. Read more, in our online story.