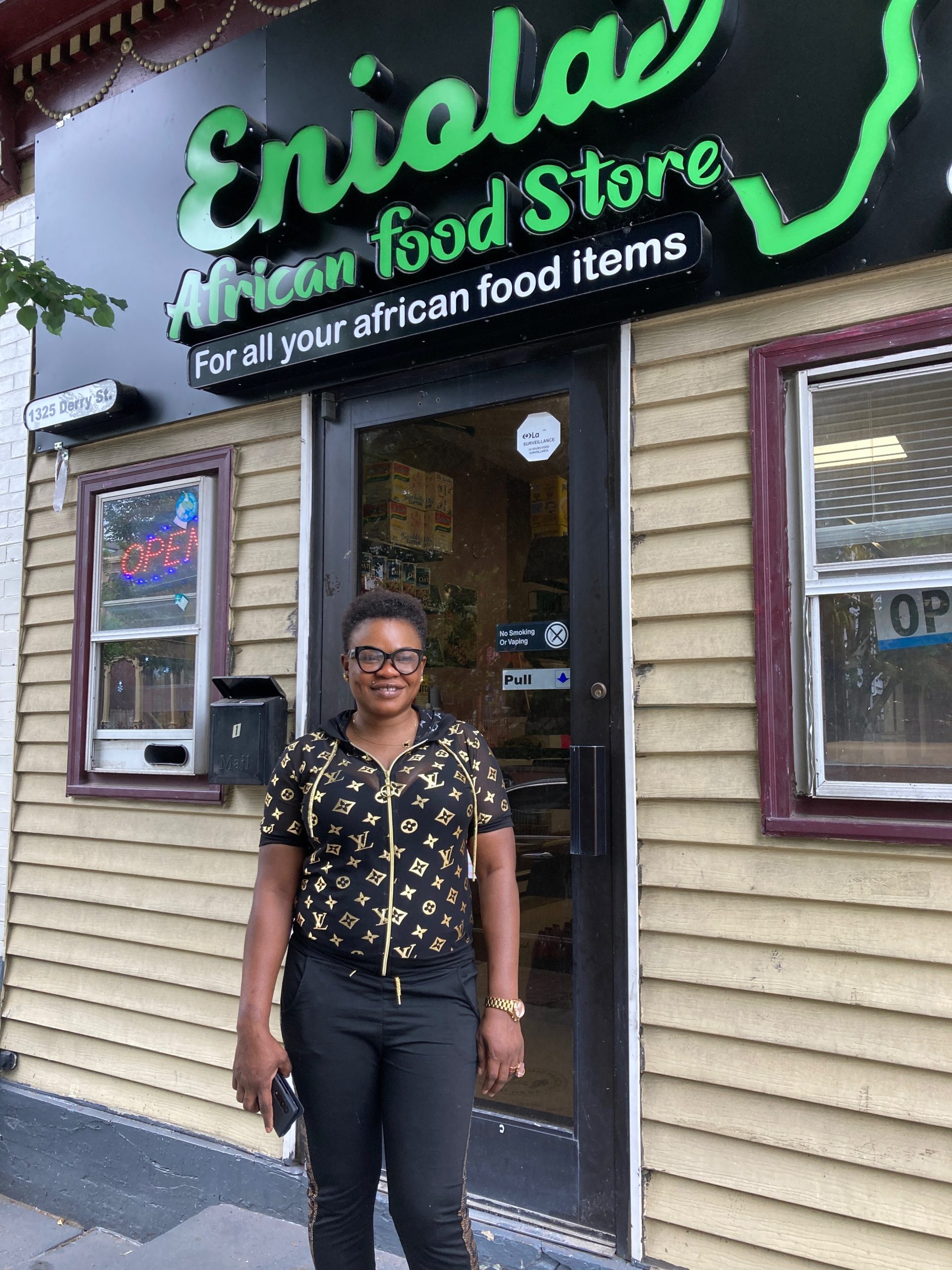 In order to get African products, she would drive to the closest store she could find, which was in New Jersey. While there, Iruaregbon would often pick up extras to sell to others in Harrisburg’s African community. But her house was quickly being taken over by stacks of products.

“I noticed a need for a food market for the African community,” she said. “A lot of Africans needed that service.”

In January, Eniola African Food Store opened at 1325 Derry St. with a large crowd of customers ready to shop. According to Iruaregbon, it’s the first store of its kind in Harrisburg.

Much of Iruaregbon’s store is stocked with Nigerian food, something that was hard to find in any nearby stores. That’s not the case anymore, as she carries shelves full of the country’s traditional foods.

“If you come into the store, and you’re Nigerian, you’re not going to miss home,” she said.

However, Iruaregbon has items specific to many other African countries’ cuisines, as well. Some popular items are yam flour, cassava flour and goat meat, among other items. Spices, beans and rice also fill shelves. If the shop doesn’t have something that a customer is looking for, Iruaregbon will try to find it.

“Our goal is that no matter where you’re from in Africa, you’ll be able to find what you want,” she said.

Additionally, coming soon, customers will be able to order hot meals on DoorDash.

Beyond food, Eniola’s carries African brooms, turning sticks and a small selection of clothing and accessories. While the store has only been open a few months, it has already generated a dedicated customer base.

It hasn’t been easy starting her business, but Iruaregbon is grateful for her community which has helped her along the way.

“We have come from too far to not support each other,” she said of her African patrons. “The African community has been growing. The business has been really good.”