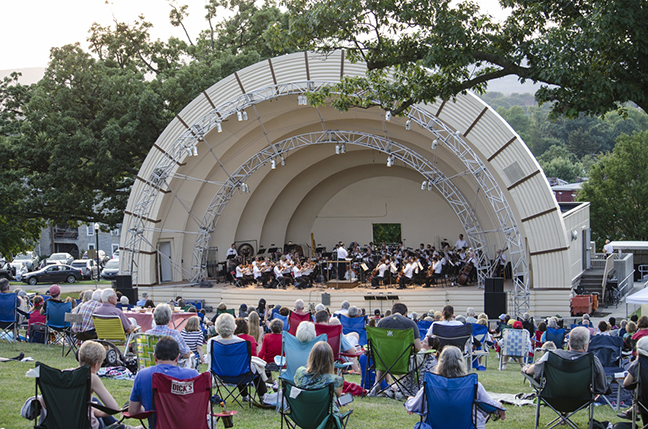 For Harrisburg-area residents looking for a way to spend the upcoming Independence Day weekend, a musical event is coming their way.

The Harrisburg Symphony Orchestra announced the return of its free Summer Concert Series on Tuesday, which will travel to five local venues from June 30 to July 4.

“We can’t wait to share this uplifting program with our audiences,” said Matthew Herren, executive director of the orchestra. “The HSO Summer Series is a real family favorite, and I am so pleased that we can once again present these fun, free concerts across the region.”

This will be the first summer concert series after a two-year hiatus.

Maestro Stuart Malina will lead the orchestra in the outdoor performances, which conclude at Harrisburg’s Reservoir Park on July 4.

The concert series schedule is as follows:

The Reservoir Park concert will include a pre-show performance by Diane Wilson Bedford at 6:30 p.m. Community members are encouraged to bring lawn chairs and blankets. The event is followed by the city’s July Fourth fireworks show, which can be seen from Riverfront Park, at around 9:15 p.m.

The Harrisburg Symphony plans to open its 2022-23 season at the Forum in October. At each of the summer concerts, the HSO will offer special subscription pricing to both its Masterworks and Capital Blue Cross Pops Series for new subscribers.

For more information about the summer concerts, including alternate locations in the event of inclement weather, visit the orchestra’s website.