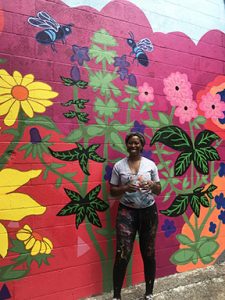 It seems some of the hottest and rainiest days are behind us, Harrisburg. Cooler days are here just in time for the long weekend. Before you head out to the Kipona festival, catch up on this week’s local news, below.

Ana White was named Harrisburg’s new director of community relations and engagement for the police bureau, our online story reported. White, a Harrisburg native, takes the place of Blake Lynch, who held the position for three years before recently leaving.

The Broad Street Market met its fundraising goal and can move forward with replacing its iconic sign, our reporting found. The sign was damaged during two wind storms in the past year.

The Central Pennsylvania Friends of Jazz will hold Jazz Walk in Midtown on Sept. 10, our online story reported. Musicians will play at venues across the neighborhood, giving attendees a chance to sample the local talent.

The commonwealth held a COVID-19 vaccine clinic in the Riverfront Office Center this past week, our online story reported. They hoped to increase accessibility for those who have not yet received the shot.

Our Community Corner has all of September’s notable local events for your perusing. Jazz & Wine Fest, Gallery Walk, Restaurant Week, we’ve got all the deets, here.

The federal eviction ban came to halt last week, leaving local tenant activists wondering what’s next. As Dauphin County distributes millions of dollars to renters in need, some activists aren’t sure it’ll be enough to prevent a possible eviction crisis, our reporting found.

Harrisburg’s mid-year financial condition appears strong, with a healthy budget balance, according to a mid-year fiscal update. Our online story has more information on what the Intergovernmental Cooperation Authority for Harrisburg discussed during a recent meeting.

The Harrisburg Mural Festival is moving on to its next project, the Mulberry Street Bridge, our reporting found. This will be organizer Sprocket Mural Works’ largest mural yet.

The local Make-A-Wish chapter will hold a food truck festival on City Island on Sept. 18 to raise support for kids with critical illnesses, our online story reported. They hope to raise enough money to grant wishes to three children.

Many Methodist churches in Harrisburg were forced to close and were put on the sales market two years ago. Our magazine feature tells story behind what happened and where congregations are now.

Street parking rates in Harrisburg recently were raised, and our editor has something to say about it. Who thought $4-an-hour parking was a good idea?

For the month of September, our editor reflects on the Harrisburg arts community’s resilience during the pandemic. He encourages people to continue supporting local theaters, museums and galleries.

Sara Bozich has lots of fun ways for you to spend your Labor Day weekend. Find them, here.

Significant rainfall and flooding hit Harrisburg earlier this week, leading the city to take safety measures, our reporting found. They set up barricades at low-lying areas prone to flooding and cleaned out storm drains.