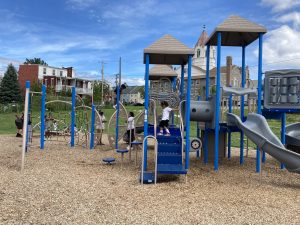 Between Dauphin County’s Cultural Fest, 3rd in the Burg and Harrisburg’s usual happenings, there’s lots of fun to be had this weekend. Catch up on this week’s local news before you head out, listed and linked, below.

An affordable housing development for seniors received zoning board approval, after controversy over what some neighbors said was a lack of parking, our online story reported. Bethel Village will have to go before City Council before it can break ground at the proposed N. 6th and Herr streets site.

Bob’s Art Blog paid tribute to local artist Dan Kalbach who passed away in 2017. He also previews what the community can expect to see at 3rd in the Burg on Friday.

Dauphin County will hold its Cultural Fest this weekend on City Island in Harrisburg, our online story reported. Officials hope the event will bring the community together by celebrating diversity.

Harrisburg’s 4th and Dauphin Park was recently renovated to include a new playground, basketball court and stormwater management features, our online story reported. The project is the last of five parks to undergo updates through a partnership with Capital Region Water.

Harrisburg Academy has a new Head of Middle and Upper Schools, our magazine story reported. Lindsay Bowman, a former history teacher at the school, hopes to help the community recalibrate after the pandemic.

Harrisburg High School alumni are raising funds to create a scholarship to help current district students attend college, our online story reported. All proceeds from the class of 1991’s upcoming 30th reunion will go toward the scholarship.

Michelle Felton was named the new principal of Harrisburg High School, John Harris Campus, our reporting found. Felton, who has been with the district for 18 years, most recently served as the associate principal.

The Three Mile Islanders have been running laps around City Island in Harrisburg throughout the pandemic. In our magazine story, read about how the tradition saved group members from isolation and helped them build friendships.

Rosemary will guide you through the steps of making her creamy corn pasta with basil in her monthly column. The recipe is the perfect summer dish, so enjoy it before the season’s over.

Sara Bozich has plenty of ideas for ways to enjoy your weekend. Check out her Weekend Roundup, here.

Steve Swisher has long been popular on the Harrisburg music scene. In our magazine story, he reflects on a lifetime of playing shows.