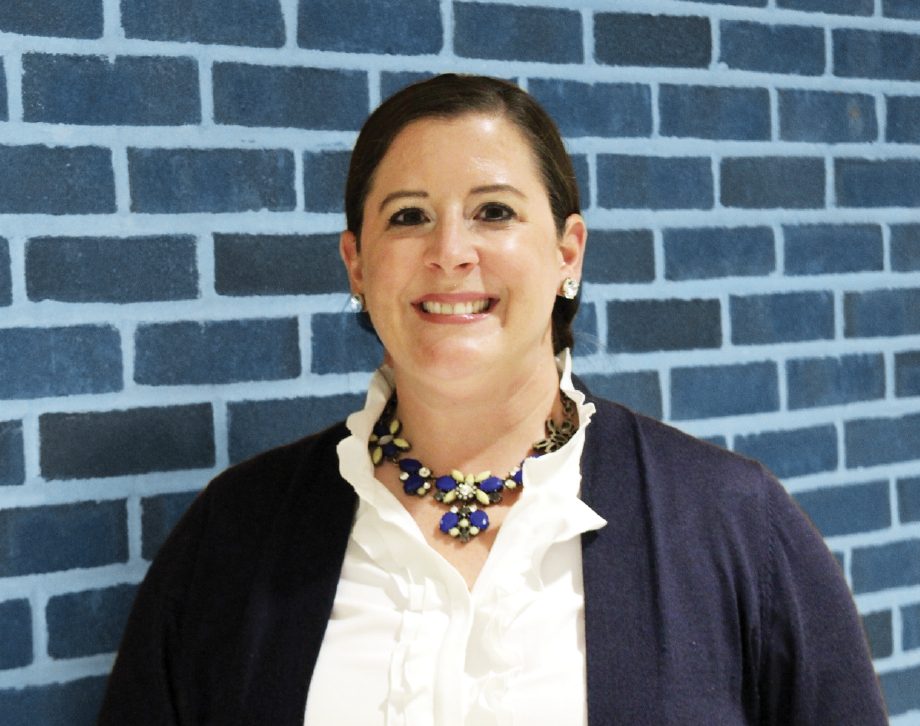 Weeks before she officially started her new role in July, Lindsay Bowman sat in a classroom on a hot summer’s day, taking meetings and preparing for the months to come.

She had just finished her eighth school year as a history teacher at Harrisburg Academy and was transitioning to her new position as the institution’s Head of Middle and Upper Schools.

“I’m so eager to learn whatever it is that I need to learn to be helpful and successful and useful,” said Bowman, amid her preparations for her first school year in the role.

To the casual observer, Bowman’s eagerness is obvious, but it extends much further than a single summer’s day sitting in the classroom. Bowman and her identical twin sister were raised in Mountain Top, Pa., by enthusiastic parents.

“My parents were always doing their best to encourage us to be curious about the world around us,” she said. “My dad would quiz us on state and country capitals at the dinner table.”

Ultimately, both twins grew up to be teachers.

Bowman completed her undergraduate degree at Dickinson College, during which she spent a summer working at an all-boys boarding school in New Hampshire called Cardigan Mountain School.

“I was just really drawn to the ways in which teachers in environments like that can be involved in their students’ lives in different ways,” Bowman said, referring to their ability to teach, coach and have lunch with students, all in one day.

Bowman carried that inspiration to Linden Hall School for Girls in Lititz, then to Tampa, Fla., while she worked in development. But she eventually found her home at the 237-year-old Harrisburg Academy, where she was able to teach middle school history, coach girls’ sports, oversee the senior internship program and travel abroad with students. While Harrisburg Academy is a day school, Bowman said that it holds that same camaraderie of a boarding school.

Bowman eventually completed the Klingenstein Center’s two-summer master’s program in educational leadership at Teachers College at Columbia University. When a leadership role opened up at Harrisburg Academy, she knew she had to apply.

“All the stars aligned,” she said.

As job seekers know, no position is a given—even for a qualified internal candidate. But Bowman entered the process in a strong position.

Mary Kate Henry is a member of the academy’s board of trustees and a parent to three girls who have had Bowman as a history teacher over the years. She participated in the hiring process for the new Head of Middle and Upper Schools.

“I think there was just incredible consensus that Lindsay was the person to kind of guide the academy to the next level in providing an international-based education to students,” Henry said.

The interview process involved faculty, staff, parents and even students themselves. Henry said that it’s important to get a student’s viewpoint, especially in a role as broad as Bowman’s.

Even friends of Henry’s daughters, who didn’t take Bowman’s class, found themselves drawn to her.

“Lindsay took them under her wing and got to know them,” Henry said. “They would be running down the hall to tell her about their college acceptances or about their latest trip.”

Henry is in academia herself and said that a community-wide consensus is practically unheard of, but Bowman’s application was always at the top of the stack.

In her new role, Bowman plans to help the community recalibrate following shutdowns from the COVID-19 pandemic. Last year, middle school students worked in pods and some students remained virtual. Her key areas of focus will be “building those relationships, really focusing on the student experience and making space for all voices to be heard.”

Academically, Bowman looks forward to expanding the International Baccalaureate (IB) program at the school. The academy is on the path to be a fully authorized IB continuum school. It’s been practicing the IB diploma program for upper school students for a decade, and the primary years program went into place a few years back.

Now, as the younger students matriculate to the middle school, Harrisburg Academy will begin to implement IB there, too. Eventually, all students will learn under the IB umbrella, which, according to Bowman, “doesn’t really change what you learn, but it changes how you learn, really focusing on critical thinking, problem solving, having a global mindset and encouraging students to be curious.”

As Bowman prepares for her first school year in her new post, she’s taking an inclusive leadership approach, with communication holding a pivotal place in the process. Once a classroom teacher with a focus on making history come alive, she’s shifting to a place where she can expand her platform.

“She is a lifelong learner who really instills in her students that same love of learning,” Henry said.

For Bowman, it boils down to serving and “allowing the students to have opportunities that I certainly never had as a student.”

Faith & Fate: It’s been two years since many of Harrisburg’s Methodist churches were forced to close. What happened and where are they now?