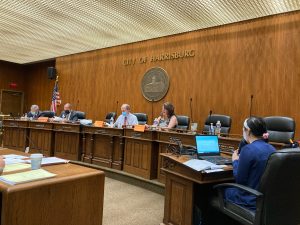 An affordable housing development for seniors received Harrisburg zoning board approval on Monday night, after significant pushback from neighbors at previous meetings.

Limited parking was a major concern for a number of residents at last month’s meeting and at a special meeting earlier this month. But Bethel Village developers now have identified additional parking and will move forward with their proposed plan.

“We are just happy that the zoning board made the right decision for the residents of the community and also for the Bethel Village project,” said Ryan Sanders, of RB Development, the developer of the project.

At last month’s Zoning Hearing Board meeting, developers presented their plan to build a 49-unit apartment building for low-income seniors on N. 6th and Herr streets. Their proposal included only four off-street parking spaces, which drew objections from many neighbors, who said that finding a place to park is already a struggle.

Bethel Village officials stated that, since the project caters to low-income seniors, they don’t expect most to own cars.

However, on Tuesday, they handed board members agreements they have with nearby Tabernacle Baptist Church for the future use of 15 surface parking spaces and with the state Department of General Services for use of 10 spots. While the zoning relief didn’t require them to create that many parking spaces, they hoped to satisfy neighbors, explained Esch McCombie, an attorney with McNees, Wallace & Nurick, the law firm representing Bethel.

“We feel like we have clearly addressed those parking concerns and have gone above and beyond what we were required to do,” McCombie said. “We are trying to be a good neighbor.” 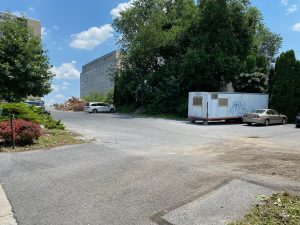 The $15 million project recently received approval from the Harrisburg Planning Commission for its land development plan, contingent upon zoning approval, and now will need final approval from City Council before it can break ground.

According to Sanders, Bethel Village would become part of the “Jackson Square” project that aims to redevelop a block with ties to local African American history on N. 6th Street.

The four-story, nearly 45,000-square-foot building would partially sit on the site of the former Bethel AME church that burned down in 1995. It would provide one- and two-bedroom rental units ranging in price from $300 to $1,000 per month for qualifying seniors.