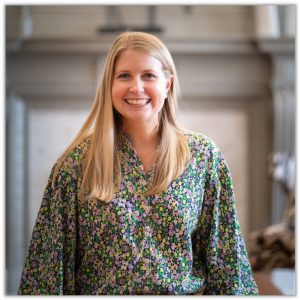 Have you spotted February’s cover yet? A new issue of the magazine hits stands today! This month, read stories featuring Black history and culture in honor of the month-long holiday. Catch up on this week’s local news, below, and then go grab a copy of the magazine.

Amethyst Retreat Center in Duncannon holds events and programming centered around a culture of wellness, our magazine story reported. Connecting people with nature, an inclusive mindset, and a focus on cultivating a diverse natural environment are core principles.

Blogger Bob rounds out the year in art with part II of his blog. Read about the Harrisburg area’s best exhibits of 2021, here.

Bridge of Hope, with 25 offices in 13 states, assists single mothers who are unhoused or facing homelessness, using social capital and “neighboring.” In our magazine story, hear from women who were impacted by the program and moved from feelings of despair to hope.

Capital Region Water appeared before members of the state Senate to address the commonwealth’s refusal to pay its assessed stormwater fees, our online story reported. According to CRW, if the state doesn’t pay its share, Harrisburg residents and business owners will have to pay more.

Dauphin County introduced a new online portal for its emergency rent and utility assistance program, our online story reported. The platform will make it easier for residents in need to apply for and receive help.

Our editor frets about the weather every month around our magazine distribution day. Will it be rainy, snowy or just right for delivery? In his editor’s note, he thanks TheBurg’s trusty delivery team who braves the weather and fills the many magazine racks and street boxes each month.

Harrisburg Young Professionals announced Meghan Bachmore as its new executive director, our reporting found. Bachmore fills a role with the organization that was empty for over two years.

LGBTQ+ youth can find an alliance and explore their identities in the Common Roads program—serving Dauphin, Cumberland, York and Lancaster counties. The program offers a drop-in social setting and community resources for youth and young adults, our magazine story reported.

Lynn Reigle is the owner of Arthur Murray Dance Studios in Lemoyne, York and Lancaster. In our story, read about the recent expansion of her Lemoyne location and why she loves to dance.

Raymonde “Ré” Désabres Plaut was a French artist who lived in Harrisburg before passing away in 2020. She was known for her in-home art gallery, her glamorous parties, her creativity, love and eccentricity. Read about Ré and her art in our magazine story.

Soup is the perfect meal to cook up on these cold winter days. Rosemary has your back in the kitchen with her pasta fazool recipe.

Sara Bozich has you covered in the weekend plans department. For food, art and entertainment recommendations, click here.