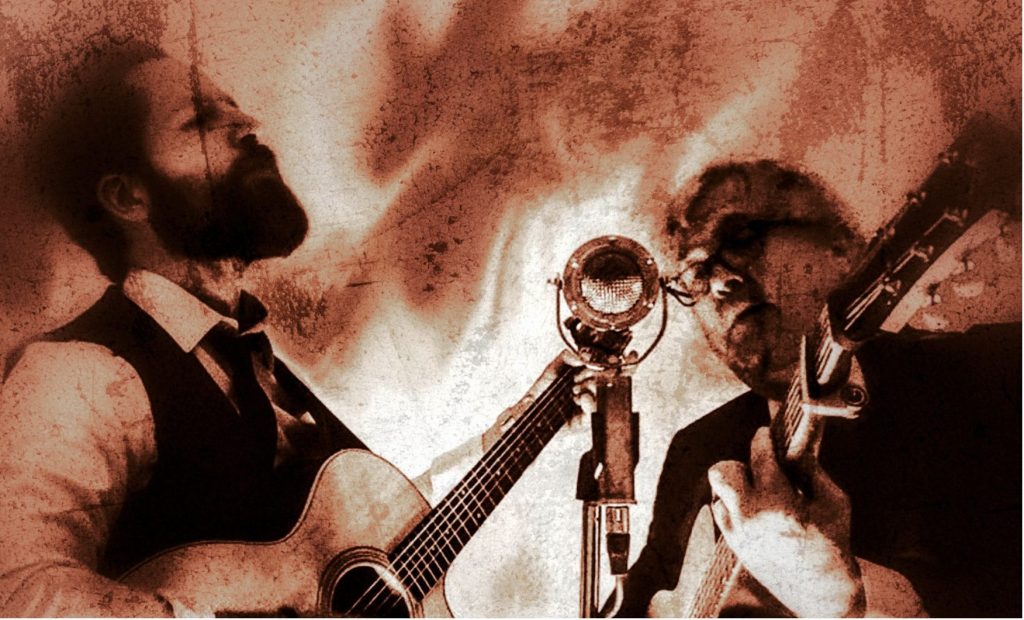 There are thousands of aspiring musical artists across the United States, many of whom have never released an album. The act of creating, producing and recording an album demands stepping out of one’s comfort zone, putting oneself out there.

It also requires a certain degree of simply “going for it.”

The Time Brothers’ recent release of their first album, “October,” features all of the above. But it also includes the meshing of musical styles and the fruits of experience.

And of course, timing.

“It’s definitely a life accomplishment for a musician,” said Matt Wurst of Harrisburg, one of the two Time Brothers. “It really comes down to the originals. It’s not easy to be a fully original band. It’s hard to get people to like it. But if they do like it, hopefully it’s something to take forward.”

While an album may be a simple collection of songs, the process of creating an album and creating a track are two very similar processes. They both begin with inspiration and motivation, take on momentum with creativity and repetition, and conclude with approval and satisfaction.

“My style of songwriting comes from life experiences,” said Wurst, 37. “You bring it raw to band rehearsal. You play a little bit of it and try to decide if you like it or not. There are a couple of tricks to the trade. If you like it, then you just keep fine-tuning it and polishing it.”

York resident Jim Grinnen is the other Time Brother. Backed by the experience of creating an album with two other members of the one-time electric band, Blind Ellis, he and Wurst released the nine-track “October” in October 2021.

“It wasn’t a quick process,” Wurst said. “When we started recording, we had three originals, and then we wrote the other tracks as we went along. It was kind of like we were building a bridge as we crossed it.”

The Time Brothers started work on “October” in spring 2020, and it took 18 months to complete. The album was recorded at the Green Room Studios in Uptown Harrisburg and incorporated the collective talents of seven other local musicians, as well as a studio engineer.

“It is a daunting task. You can’t take it lightly,” Wurst said. “The other album that Jim and I worked on together was more raw. With this one, we were more confident on how to approach it and less self-conscious.”

Five of the tracks on “October” originated from Grinnen’s fertile imagination, while the other four came from Wurst. But each contributed something to every song, both creatively and musically.

“We’re a little bit of yin and yang,” said Wurst. “We come from different perspectives. We both have our strengths and weaknesses. We know our roles. Jim comes from a more folk and acoustic background, and I come from a more western background. I think we gel pretty well together.”

Those complementary styles interact well on the album. But there’s something more fundamental, more powerful about the synchronized sounds created by a duet.

“It’s a little more simple and basic than a four-member band, and I think that comes through in the album,” Wurst said. “There’s some light percussion in the background, and it creates this mellow, folk, acoustic sound that can be very accommodating to the ear. We kind of learn from each other, and we reciprocate back and forth with our different styles.”

For Grinnen and Wurst, their band is very much a side hustle, an after-hours gig. By day, Grinnen is a teacher in the Baltimore area, and Wurst is an advisor to the chairman of the Pennsylvania Public Utility Commission.

“Both Jim and I have full-time careers, but you need to have something to keep you balanced, and, for me, that’s music,” Wurst said. “It’s also helped me make a lot of friends. We don’t take it too seriously, but something like this couldn’t work if we didn’t work well together.”

For now, the Time Brothers have no concrete plans for a follow-up to their debut album. But they’re not averse to walking through the doors that “October” may open for them.

Wurst would be happy, he said, if the album helped them get more gigs in the area and thrilled if it led to some airtime on WXPN, a non-commercial music station out of the University of Pennsylvania in Philadelphia.

“It was a nice result. We’re pretty proud of it,” Wurst said. “We just want to share our music, share our story and hopefully get people to like our album.”