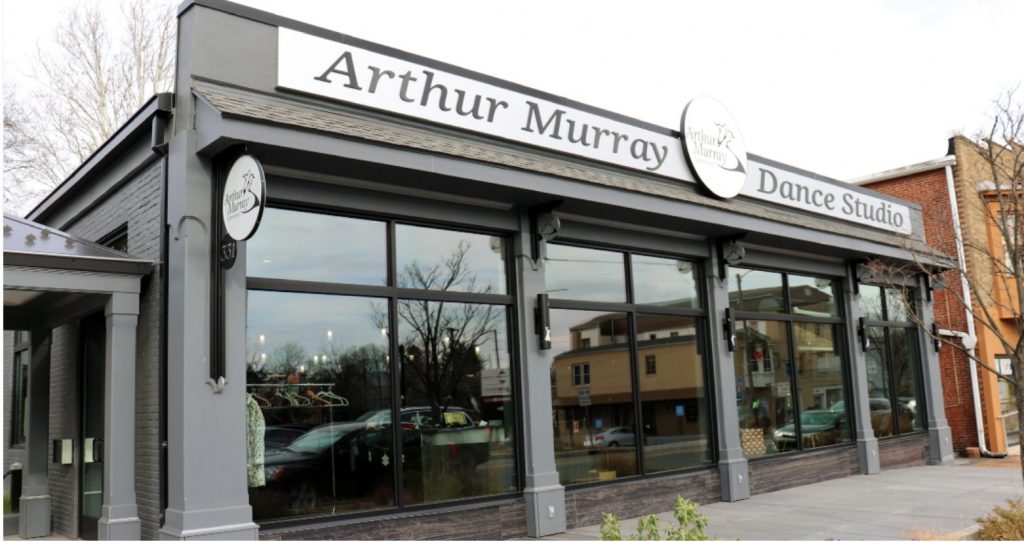 Lynn Reigle always dreamed of dancing, soaking up every step from her perch on the couch in front of the television at her parent’s house.

“We all loved to watch movies like ‘Dirty Dancing’ when we were younger, but my family didn’t have the income, so I didn’t pursue it back then,” said the Perry County resident.

As time passed, the dream lingered. So, when she came across an ad for a teacher at a dance studio in Lemoyne, it was like a dream come true.

“I was 19 at the time, and the ad was for Arthur Murray Dance Studios,” she said. “What was great was the fact that no prior experience was necessary.”

Reigle worked as an instructor there for five years, then as a manager before signing on as a partner at the Lemoyne location. She appreciated the opportunity to grow within the company and learn all aspects of the business before becoming the sole owner of the Lemoyne location and then assuming ownership of Arthur Murray studios in York and Lancaster.

“What’s great about Arthur Murray is that you have to go through the ranks before you can buy,” she said.

Reigle recently took another leap and expanded her Lemoyne location, moving into a high-visibility area on Market Street. She explained that she looked for a year-and-a-half before finding the perfect studio next to the Lemoyne Post Office.

“I had worked here all these years and knew that Lemoyne was central to so many students,” she said. “We now have about 100 active students at our Lemoyne location, so it’s been a good choice so far.”

Those who remember all the Arthur Murray ads from the 1970s may consider the name a bit old-fashioned, but Reigle said that dancing among all ages is as popular as ever.

“It continues to change with the times,” she said. “The popularity of ‘Saturday Night Fever’ inspired people back then. Then in the ‘80s, it was line dancing. Now it’s people drawing inspiration from ‘Dancing with the Stars.’”

According to Reigle, the five most popular dances now are the foxtrot, waltz, rumba, cha-cha and swing. In addition, Latin music has witnessed a big resurgence with people wanting to learn to salsa and merengue, she said.

Students often sign up to learn to dance for weddings, on cruises and on vacation, she said. Reigle also sees quite a few empty-nesters who want to reconnect with each other.

“Going to a movie on date night is such a passive activity,” she said. “Dancing, on the other hand, is therapeutic, healthy and, most of all, fun.”

There’s also the social aspect of meeting up with others to dance.

“We have a student who took lessons with us for 30 years and, he said, ‘Sure, you’re teaching me to dance, but what keeps me coming here is the welcoming feeling and the students getting to know one another,’” she said. “It’s a social outlet for those who aren’t fond of going to bars or clubs.”

Like many businesses, Reigle’s dance studios took a hit during the height of the pandemic and were closed for several months. She also lost a few instructors, but the core team returned, she said.

“We felt blessed compared to most studios because we have a great student base, and we stayed connected,” she said. “Some of our students are still taking virtual lessons, and that was a pivot for us.”

To facilitate this new way of learning, instructors made videos so that students could practice at home. In the warmer weather, they also taught lessons outside in the parking lot.

Kelson Cowart is one of Reigle’s instructors and said that he was in the same boat as Reigle—wanting to take lessons as a child, but unable to do so because of the cost. What inspired him to learn to dance was when he was ditched by a prom date, which he suspected was due to his lack of dancing skills.

“I felt this would help me learn, which it did, and now I love to share that with people,” he said. “When I see their excitement when they finally get it, it makes me happy. I enjoy helping others feel that sense of accomplishment.”

Oksana Kerod is a four-year student at Arthur Murray.

“I was a music professor in the Ukraine and was looking for something and found the studio,” said Kerod. “It’s my passion now, well, besides my family.”

With a chuckle, she said that dancing keeps her young at age 67.

“I see all kinds of people—tall, skinny, short, fat, old, young, professional, amateur,” she said. “Every time I leave my dance class, I feel kinder, better, lighter, all these beautiful things.”

“It’s a wonderful feeling when you can go to work and see people smiling and feeling good about themselves,” she said.