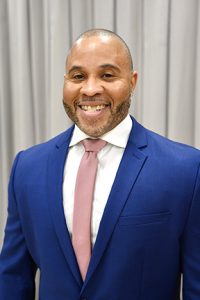 The Harrisburg School District will soon have a new superintendent.

Turman served as the principal of Reading High School in Reading for the past 10 years, but has been with the district for over 20 years, starting as a fifth grade teacher.

After a nationwide search, the district announced Turman as a finalist last month. He will begin his new position with Harrisburg on July 1 and will serve as superintendent through June 2026. Turman will receive an annual salary of $179,500.

“I’m delighted and humbled to have the opportunity to serve as your superintendent of schools,” Turman said at the board meeting. “I can’t wait to get started.”

Acting Superintendent Chris Celmer will help Turman transition into his role, Samuels said. Celmer has been with the district for nearly two years, but the district was looking for a permanent superintendent to fill the role as it enters its third, and final, year of state-imposed receivership.

At the meeting, officials also discussed the district’s proposed 2021-22 spending plan. The $159 million budget contains no tax increase, but has a $5.6 million budget deficit which they hope to fill with one-time federal funding. Samuels is expected to approve the proposed budget at a June 21 board business meeting.