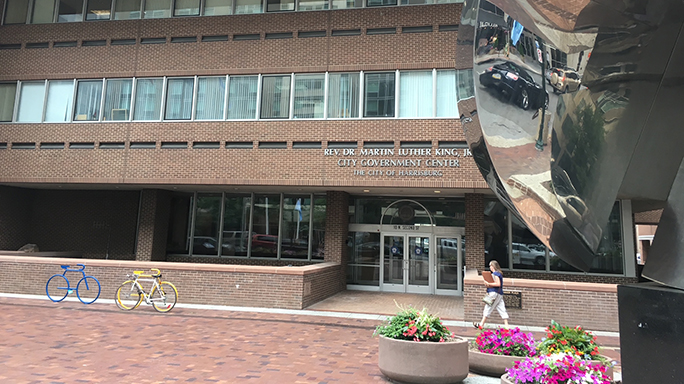 It’s official—Harrisburg will be able to retain its current, elevated levels of taxation for years to come.

On Monday, Gov. Tom Wolf signed the fiscal code bill that was approved on Friday by the state legislature.

Under the legislation, Harrisburg is able to keep both its current earned income tax (EIT) and local services tax (LST) at rates higher than typically allowed for third-class cities in Pennsylvania.

The LST, a tax to support city services, is charged to wage earners with jobs located in Harrisburg.

Before the legislation passed, city officials worried about an impending “fiscal cliff,” when the city’s extraordinary taxing authority would expire.

Harrisburg was allowed to tax above the normal statutory rate due to being in Act 47, the state’s program for distressed municipalities, and then from an extension that runs out in 2025. If the extra taxing ability had expired, Harrisburg would have lost about $12.4 million in annual revenue, or nearly 20% of its general fund.

According to Mayor Eric Papenfuse, Harrisburg should now be able to exit Act 47 after a decade in the program. Papenfuse is due to make his budget presentation for the city’s proposed 2021 spending plan during Tuesday’s City Council meeting.

On Monday, the city’s state-appointed financial oversight board, the Intergovernmental Cooperation Authority (ICA), also expressed support for the state legislation.

“The ICA thanks the General Assembly for its extraordinary support of the City of Harrisburg’s fiscal recovery,” said Chair Audry Carter, in a statement. “In fulfillment of our mandate, we look forward to continuing to work with all stakeholders on initiatives to strengthen the city’s finances, pursue operational excellence and promote economic development.”