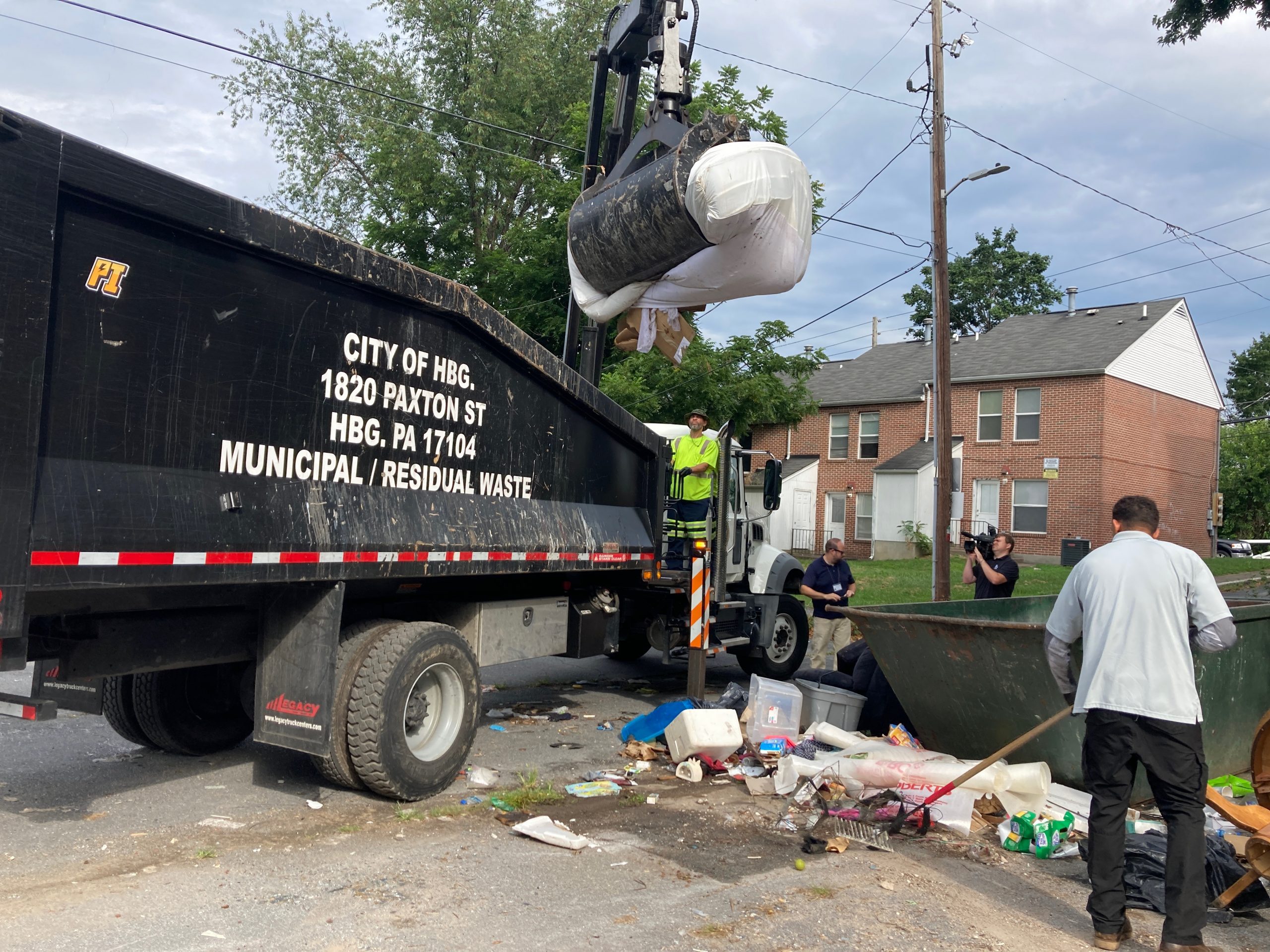 On Friday morning, sanitation workers hauled a pile of trash, including a mattress and table, from a site on Atlas Street in Uptown that they had just cleared two weeks ago.

The cycle continues at Harrisburg’s illegal dumping “hot spots,” but Public Works Director Dave West is hopeful that new efforts will make a difference in deterrence.

“We are going to catch them,” West said. “This is a focus. We want to clean up our city.”

West was previously the director of public works before retiring in October 2021. Former director Nate Spriggs took West’s position, but was fired in June. The city contacted West about returning, and he was rehired in early July to resume his position, he said.

“I’ve had a passion for the residents of the city my entire career,” West said.

In the coming weeks, the city also will install 12 cameras at illegal dumping “hot spots” that they have identified around the city. According to West, the department used a few cameras previously, which proved successful. However, the new cameras will offer better quality images, with about four times as many deployed.

West is hopeful that they will deter dumping.

The city can fine people who illegally dump up to $1,000, West said.

Typically, dump sites are on commercial properties. Crews may find anything from couches to pianos to mattresses and wood. While Friday’s cleanup on Atlas Street took under 30 minutes, “hot spots” can be much worse, West explained. He believes that the dumping comes from both people living outside and inside the city.

Residents can call Harrisburg’s hotline at 3-1-1 to report illegal dumping.

“We have to continue to keep the city clean,” West said. “It’s a very large issue here.”