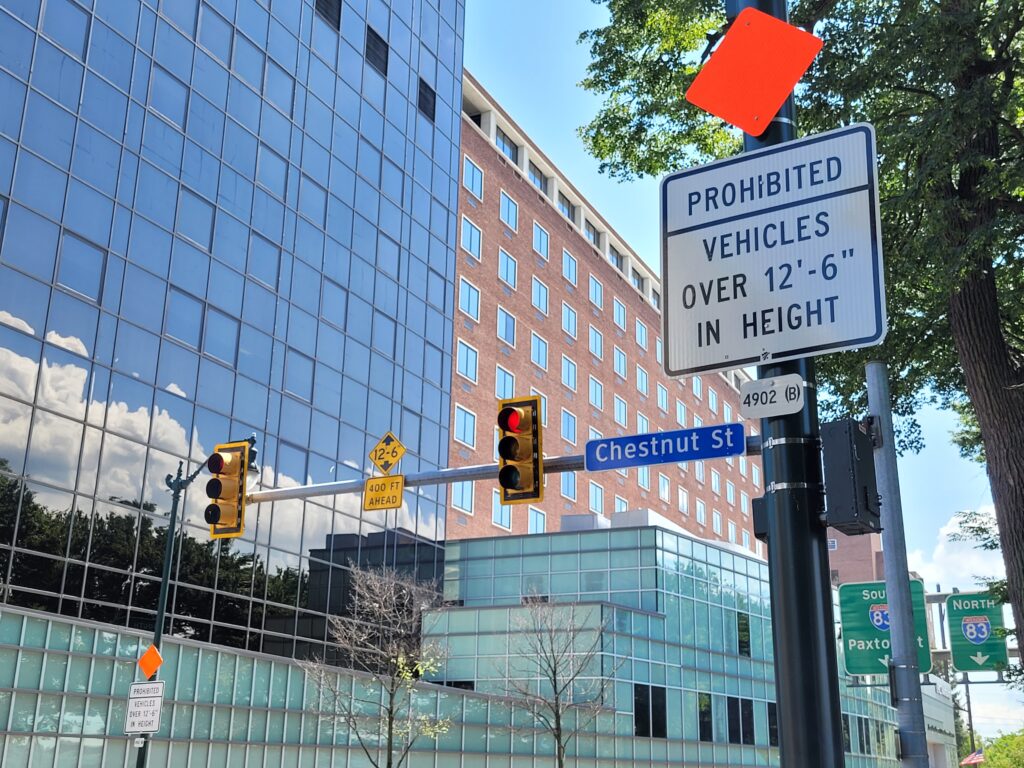 If you’re a truck driver, this is your sign to avoid passing under the rail bridge on Front Street in Harrisburg.

Truck drivers that get stuck under the railroad bridge while heading out of the city may be liable to pay a fine, and the city and PennDOT are cracking down on enforcement.

On Thursday, Harrisburg announced that it had installed new signage, in partnership with PennDOT, at the intersection of Front and Chestnut streets, as well as near Verbeke Street. The signs state that vehicles over 12-feet, 6-inches in height are prohibited from traveling any further.

Trucks getting stuck under the bridge, near the UPMC Harrisburg Hospital, has become a nearly daily occurrence, according to Matt Maisel, communications director for the city.

With the new signage, the city expects enforcement to increase, Maisel said. The use of the word “prohibited” gives traffic enforcement more safe, legal grounds to fine drivers who find themselves stuck under the bridge, he said. Under state law, drivers can be fined up to $500.