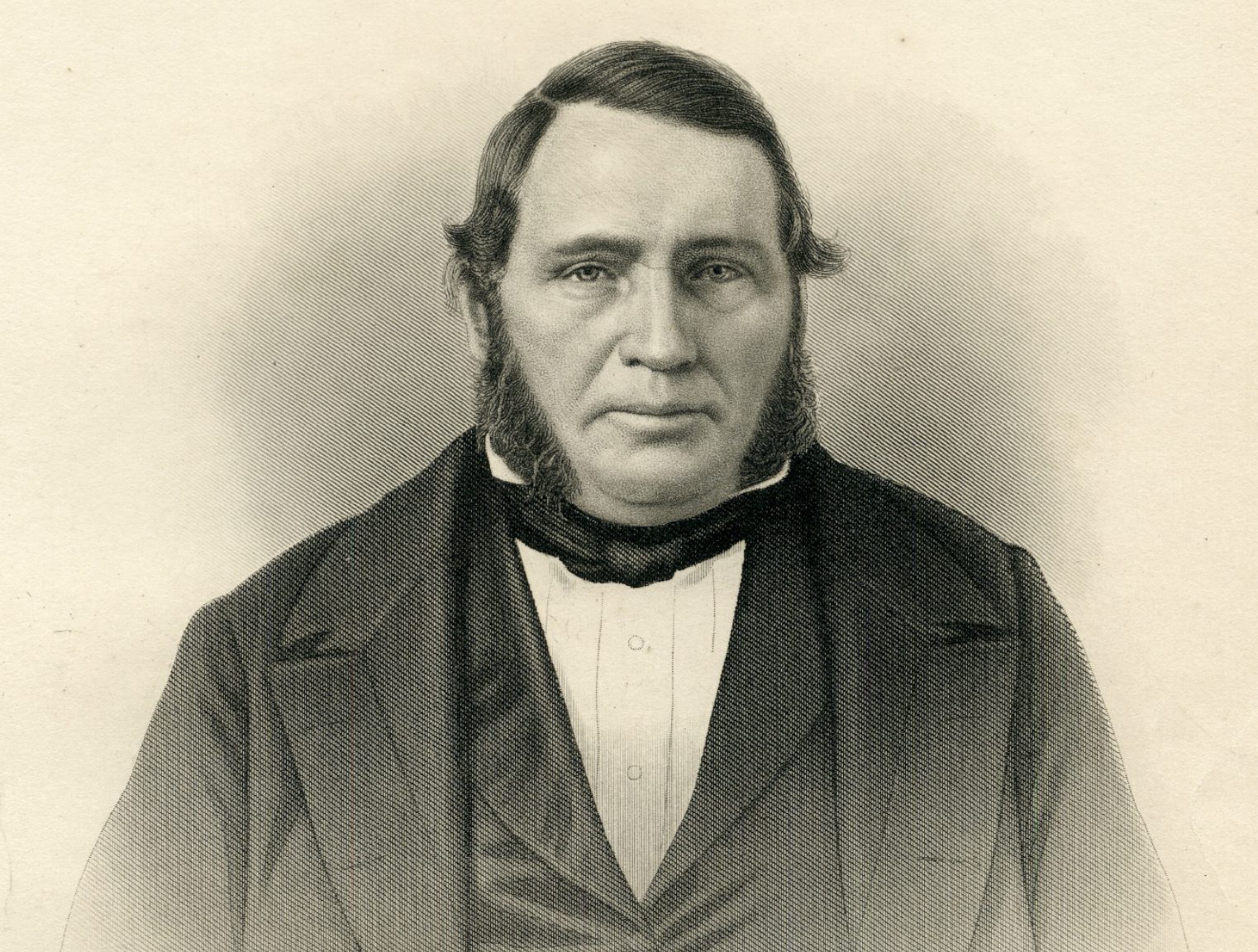 If you’re looking for Irish Harrisburg, look under your feet. Actually, look six feet under at Mount Calvary Cemetery. It’s the compact graveyard at 13th and Berryhill streets that you’ve probably passed without noticing (I know I have). The grounds are neat, but the last plot sold here was in 1920, making the cemetery feel—forgive me—not lived-in.

Harrisburg’s Irish history is well hidden, but you can find pieces of it here at Mount Cavalry, in stories of heroism, humanity and hope.

No doubt about it. Mount Calvary was the last stop for Harrisburg’s 19th- and early 20th-century Irish community. There are three bishops here, as well as an Irish-born physician buried under a grandiose Celtic cross and America’s first Irish-born Medal of Honor winner (more on him later). The Patriot-News once called the site a “who’s who of prominent Catholics of yesteryear.”

But I was there on a search for the forgotten man. Some of the bodies here made a second journey after their first burials. They were originally interred at the graveyard of the first St. Patrick’s Church on State Street. Many came from the Irish community nestled in the vicinity. During church rebuilds in 1902 and possibly earlier, around 1868 (there’s a bit of confusion here), the dead were reinterred in this little country graveyard high atop Allison Hill. More may have been moved in 1902, with construction of today’s St. Pat’s. Today, trucks rumble past on I-83.

Hard to say where these reinterments are, exactly. I couldn’t find anything like a mass reburial or ancient markers, so I spent my time communing with the Gilmers and Clancys and McGraths. And Hugo Schutzenbach and Joseph Aiello. No ethnic discrimination here, but non-Irish are definitely in the minority.

Michael Madden was not hard to find. Maybe 20 feet beyond the main entrance stands a stone—hefty but nothing elaborate, proclaiming, “MADDEN,” for eternity. A wreath obscured the name of beloved wife Annie, but there is Michael J. Madden, 1841-1920.

Born in Limerick, Ireland, Madden immigrated to the United States in 1855, hard up on the Great Famine that brought waves of Irish to this country. On Sept. 3, 1861, the strapping, blonde, hazel-eyed Madden was serving with the 42nd New York Infantry, known as the Tammany Regiment (“cannon fodder,” Ancient Order of Hibernians historian Michael Edmiston told me). On a reconnaissance mission, Madden and two comrades drew fire. One of them, John Coffey, was hit and couldn’t walk.

“If I left him lay,” Madden said for posterity, “he would have probably bled to death or starved in their Rebel dungeons.”

With bullets flying, Coffey rallied, and Madden walk-carried him to the water’s edge. From an island in the river, Madden’s company provided cover. The Confederates returned fire. Amid bullets zinging into the water, Madden put Coffey on his back and swam to safety.

The fresh wreath hanging on Madden’s Mount Calvary grave—honestly, one of the few signs of remembrance in these grounds that probably haven’t seen a burial in decades—is a “Wreaths Across America” recognition from the Cumberland County-based Ancient Order of Hibernians, Michael Collins Div. 1.

Madden would be wounded twice in 1862, at Glendale and at Antietam. In 1863, he fought at Gettysburg. In 1864, he was mustered out of the Union Army—and reenlisted.

Finally out with the war’s end, Madden came to the bustling railroad town of Harrisburg. While serving as a railcar inspector, he and his brother-in-law got a patent for a railcar brake. He was, said Edmiston, “a pretty interesting character.”

“If you have any doubt that there has been a substantial presence of Irish-born or Irish descent in this area, that cemetery is loaded with names that smack of the Old Sod,” Edmiston said.

In 1850 Harrisburg, the largest foreign-born group of residents was the Irish—421 people in a town of 7,834. Many didn’t stay long, perhaps moving north with railroad construction jobs.

But one group had been in Harrisburg and stayed, all the way to Mount Calvary. They were fairly well tolerated in the Know-Nothings age of rabid anti-immigration fervor. Funny little historical footnote: One exception to the area’s tolerance for Irish Catholics was a Harrisburg Telegraph and Morning Herald editor who relentlessly denounced the Irish as paupers filling the jails, living off taxpayers, and blindly obeying the pope. His name was Stephen Miller—just like former President Trump’s anti-immigrant immigration adviser.

Back to that first cluster of Harrisburg’s Irish. They came here in the 1820s to build the Pennsylvania Canal. The remnants of their labors are still visible in the filled-in canal beds behind the Glass Lounge and the Harris switch tower near the Forum, and in that watery trench fronting the Steelton steel plants.

A small Catholic mission had been located on Sylvan Heights since around 1810 but, according to Ken Frew’s “Building Harrisburg,” never got much traction. Canal construction provided a “ready congregation” of Irish Catholic immigrants, so the tiny church’s leaders moved to the riverfront where they lived. On a plot on State Street, the cornerstone for the first St. Patrick’s church was laid in 1826. Those canal workers built the church, named—it’s said—in honor of their national patron saint.

That humble building’s 1873 replacement gave way to the permanent St. Patrick’s Cathedral, dedicated in 1907. Tap on the floor somewhere in the St. Patrick’s sacristy, and the Irish-born canal and railroad contractor Michael Burke might tap back to say hello.

The entrepreneurial, civic-minded Burke made his way from Tipperary to Harrisburg. The outsider made his fortune working with the area’s native-born elites—many of them Scotch-Irish, which is a whole other story—to transform a sleepy community into a factory town, according to Gerald G. Eggert’s “Harrisburg Industrializes.”

Burke died in 1860 in a tale worthy of an Irish pub song, the victim of a freak accident involving a railway crossing, a carriage, a horse and a train cowcatcher. The horse was not injured. Burke was buried in the old St. Pat’s churchyard and, it appears, never re-interred to Mount Cavalry.

Burke is “buried under the floor under the present St. Patrick’s,” Frew told me. “The nearest we can figure, he’s still encapsulated there.”

Around 1869, Harrisburg’s first bishop, Jeremiah Shanahan, wrote to his aunts, who were Sisters of Mercy in Chicago. Their order, founded in Dublin in 1831, had been sending women from Ireland to the United States since 1843 to serve the sick and the poor. Now, Shanahan needed nuns to serve his newly designated diocese.

On Sept. 1, 1869, six Sisters of Mercy boarded a train in Chicago and journeyed to Harrisburg, according to a 2020 story by Sister Regina Werntz in the newspaper, the Catholic Witness. For a time, their motherhouse was the Sylvan Heights home—later an orphanage that these sisters would run, and today, the landmark home of the YWCA of Greater Harrisburg.

The order’s Mother Clare bought a $10,000 property for the sisters on Maclay Street “with only $10 in the bank,” recalled one of the sisters. “There they prayed for coal and food, especially bread. The tombstones bearing the ages of young Sisters who died of tuberculosis . . . is proof of the poverty they suffered.”

The Sisters of Mercy went house to house, visiting the sick and braving open ridicule on the streets. They didn’t charge for their ministry, but lived on fees charged for music lessons and the tiny schools that they ran. Over the next decades, the sisters operated an infirmary in Harrisburg and a government school for Native Americans in Carlisle. They taught at Bishop McDevitt, Trinity and Delone high schools. In Lancaster in 1975, the order learned Spanish so that they could teach the children of Latino families. That same year, they aided refugees arriving at Indiantown Gap from Vietnam.

As I walked up the sloping hill of Mount Calvary Cemetery, I gasped at a striking sight—two long, back-to-back rows of tiny Celtic crosses. They are engraved only with names and dates. Sister Mary Francis Donovan, 1845-1918. Sister Agatha Horn, 1850-1921. Here is one who died young, Mother Carmalita Brady, 1884-1909. The Sisters of Mercy came to Harrisburg from Ireland to minister and educate. Here, they remain.