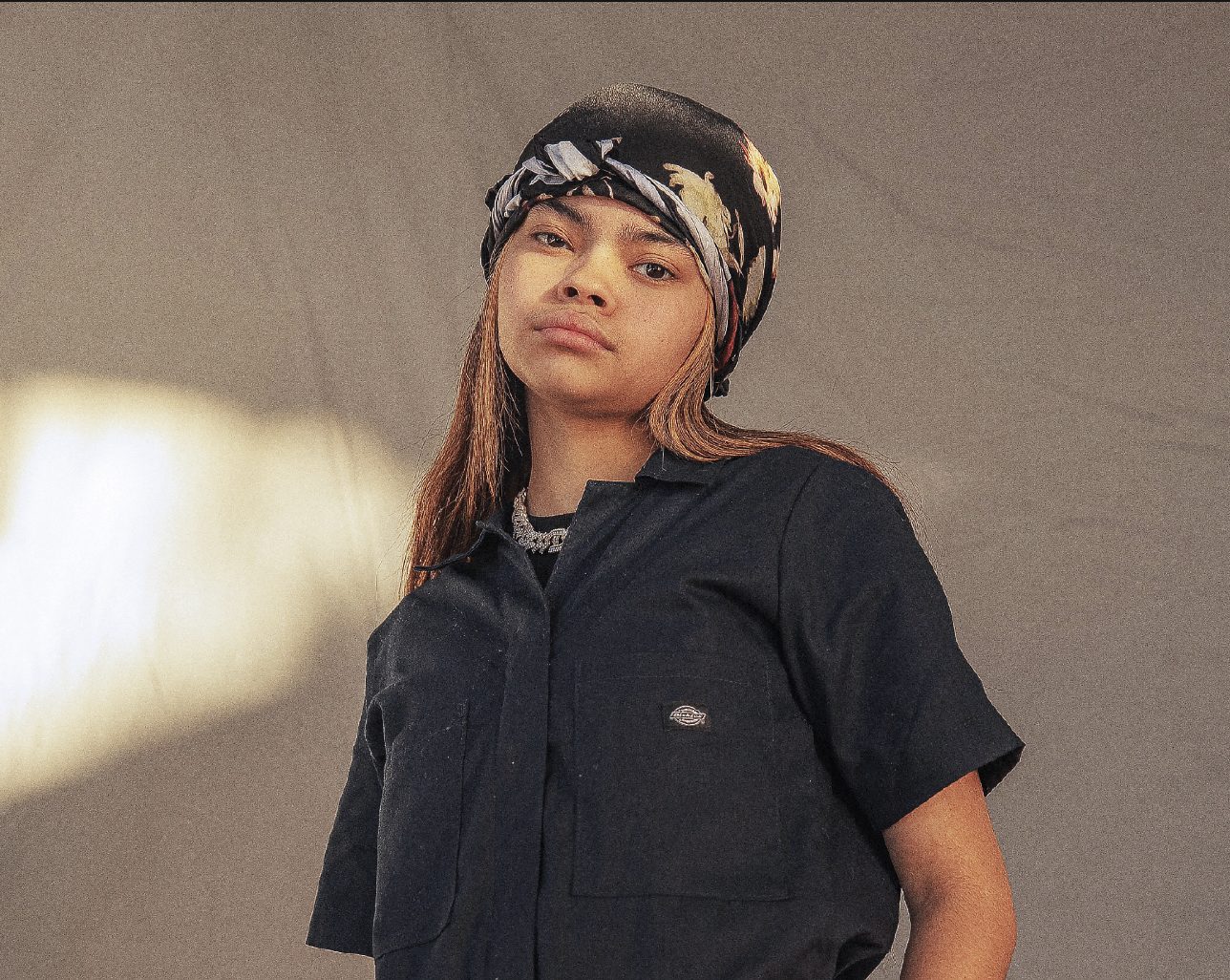 In 2018, Kierra Luv uploaded a video to her Instagram page, not thinking much of it. She was rapping freestyle to Cardi B’s track, “Money.” She captioned the video, “Only 16, but move like I’m grown.”

It was just a minute-long clip that she recorded in her attic, but it quickly became much more after Cardi B shared it to her own page. Suddenly, Luv had millions of views on her freestyle.

“It hit me by surprise,” she said. “It was a flip-switch moment.”

From then on, everything changed. Luv had people listening, and she had to keep their attention.

Reeling her audience in with her rhymes, Luv’s lyrics touch on her life experiences and the struggles she has gone through. It’s the maturity in her raps that she believes hooks her audience, despite her age. Being young and a female in a male-dominated genre aren’t disadvantages, but make her stand out, she said.

When she first started rapping in 2016, it was just a new hobby to try out. Luv was into music, but had no experience with writing her own lyrics. One of her favorite shows at the time was Lifetime’s “The Rap Game,” in which young artists battled to win a recording contract.

“I just wanted to see if I could do it,” Luv said.

She tried out for the show that year and, while she wasn’t chosen, the experience energized her to become more consistent with writing and recording content.

Luv began to develop as an artist, creating more freestyle videos for social media and then signing with a record label in 2019, which she has since parted ways with. From there, she started releasing singles like “Automatic” and “Don’t I.”

Her songs rely on themes of how Luv has gone through difficult times but is rising above them.

I remember days there was nothing left to eat/ So we only had one option we would starve ourselves to sleep, but I/ I make this thing look too easy, don’t I/ Make lookin’ good look great, don’t I

She also touches on her relationship experiences and heartbreaks. For only being 18, Luv doesn’t think her age shows in her lyrics.

“I’m talking about things they wouldn’t expect,” she said. “Everything I say in my songs is advice, and I just hope people apply it their lives in whatever way they can.”

In 2020, Luv’s mixtape, “Take It Or Leave It,” dropped with 10 songs, a few of them already released singles. Well-known Canadian hip hop artist Tory Lanez, rapper iann dior and rising R&B star Ray Moon made appearances on the mixtape, as well.

She sees the mixtape as her introduction into the music world.

“I wanted to plant the seeds, and right now is the time the seeds are sprouting,” Luv said. “People can look back and be like, this is where she started and this is how she grew.”

With her mixtape garnering over 4 million streams, it seems like the seeds are sprouting.

Luv remembers bumping into alternative singer-songwriter Billie Eilish in an airport. Luv’s cousin, who was with her, asked Eilish if she knew Luv’s music. Eilish said she did, and that stuck with Luv.

“It’s just crazy,” she said. “For her to even see what I got going on shows me, well I’ve got to be on the right path.”

Luv is now an independent artist, recording at a nearby studio in Lemoyne. However, she has plans to move to Atlanta in the near future.

Even though Luv was bummed she couldn’t hold concerts during the COVID-19 pandemic, it’s given her plenty of time to work on more projects. She said that she has a lot in the works, including many singles.

You can listen to Kierra Luv’s music on all major streaming platforms. Find her on Instagram at @kierraluv.