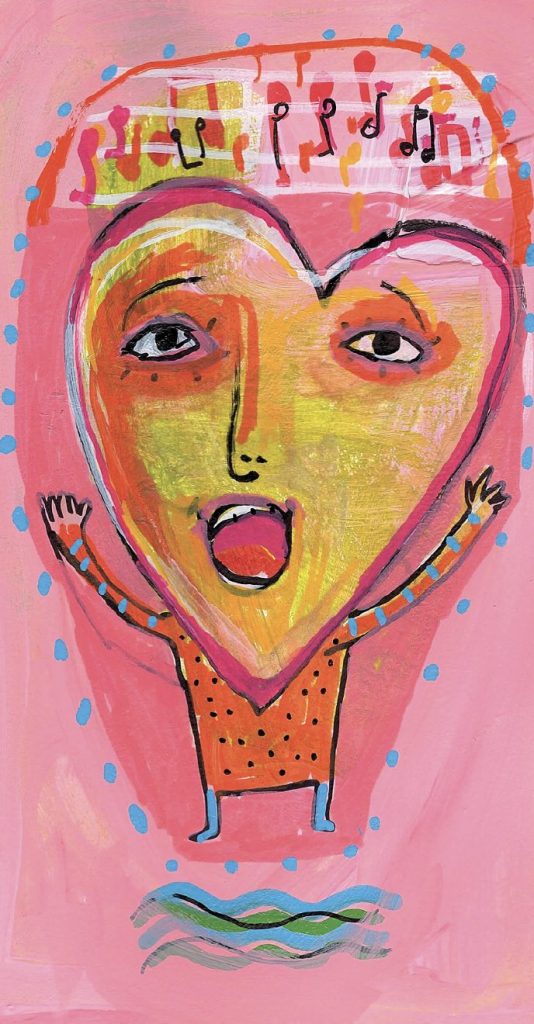 When the musicians perform in a nursing home or sing with someone who is autistic, every decision is scientifically calculated. They enter a patient’s world and create a performance in their space.

“Somebody could stand in the door, look in and say, ‘oh, she’s playing the guitar, isn’t that nice?’” Beeman said. “There is a lot more that has gone into it that is being constantly assessed and reassessed.”

Beeman and Walborn are the managing partners of Harrisburg’s WB Music Therapy. The business launched in 2011 so the two could serve others and their families, but its roots trace back to the 1990s with two high school students drawn to what was then a relatively unknown field.

“I wanted to work with people and help people,” said Walborn, a native of Plymouth Meeting. “I was always drawn to people who had differences that were visible.”

In Shamokin, Beeman experienced a similar start to her journey. Coworkers initiated her into her high school job as an assisted living facility feeding assistant by assigning her to a patient with a difficult reputation. Beeman, a member of her high school and church choirs, sang “Amazing Grace” to the woman in her care.

“And she ate,” Beeman recalled. “They purposely started giving me all of the residents who were difficult.”

Beeman had a gift, but her results then were more luck. Today, she and Walborn are professionals with college educations and board certifications.

The brain uses both of its hemispheres to process music, Beeman said, making it an effective therapy tool.

“Someone could have difficulty speaking but still, possibly, be able to sing,” Beeman said. “Music can help bridge that gap and create different pathways.”

Therapists use various types of music, but live is always preferred. When music therapists perform, they watch clients’ interactions so they can adjust if necessary.

“It is so much more useful to have live music so you can transform with the person,” Walborn said.

Beeman recalls working with an autistic adult who would not communicate with others. She sang him questions, and he responded in song.

“He told me so much about his life, especially his early years, that no one ever knew before,” she said.

The partners are passionate about their work and get especially excited when they are not the ones to notice results. Family members of patients often comment on how much music therapy has benefitted their loved ones.

“We might not notice progress, but they are the ones with them all of the time,” Walborn said. “I might think I played two songs with them. They are seeing them sit still for 20 minutes for the first time in a while. They are looking for all those tiny glimpses.”

Music therapy’s importance hit a high note at the most serious point of the COVID-19 pandemic. Nursing home residents were trapped inside, often watching their friends die. Therapists provided services virtually, a bright spot in a dark time.

“It was unbelievable to see how many people still connected because they had nothing else,” Beeman said. “We were the constant.”

“That’s when people really started to recognize the importance of music,” Beeman said.

The growth of the science’s popularity is music to Beeman and Walborn’s ears because they plan to continue their work for many years.

“I don’t know what else I would like to do, really,” Beeman said.

For more information about WB Music Therapy, visit www.wbmusictherapy.com. Beeman can be contacted at kdwbmt@gmail.com and Walborn at mawbmt@gmail.com.