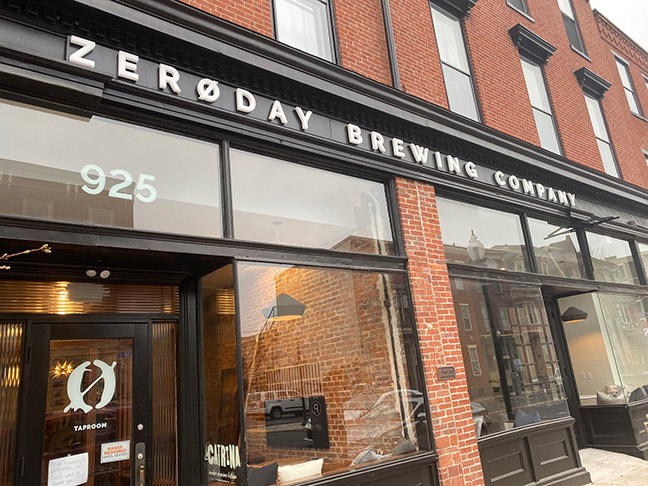 The new Zeroday Brewing Company taproom and restaurant will open next week in Midtown.

The new space on the 900-block of N. 3rd Street in Harrisburg will officially open on Tuesday, March 23, according to the company.

Zeroday began construction on the new space about a year ago, expecting a six-month build-out. However, the pandemic quickly postponed and then delayed the project.

“Through all of the obstacles that this past year has had to offer, one of the biggest challenges for us has been not seeing our customers face to face,” said co-owner Theo Armstrong. “We are so excited to welcome everyone back and share a beer.”

The new taproom features a long, custom-built bar, an indoor dining area and an expansive outdoor courtyard, with total capacity for 150 people. The inside area includes a 60-person event space that also features a small-batch, three-barrel brewhouse.

Zeroday is partnering with La Catrina under chef Pedro Rincon Mexica to offer a full-service menu focused on contemporary Mexican cuisine. The taproom and restaurant will be open seven days a week.

The opening date nearly coincides with the state’s planned loosening of pandemic restrictions on bars and restaurants on April 5, with bar service allowed to resume and indoor seating expanded to 75% of capacity. 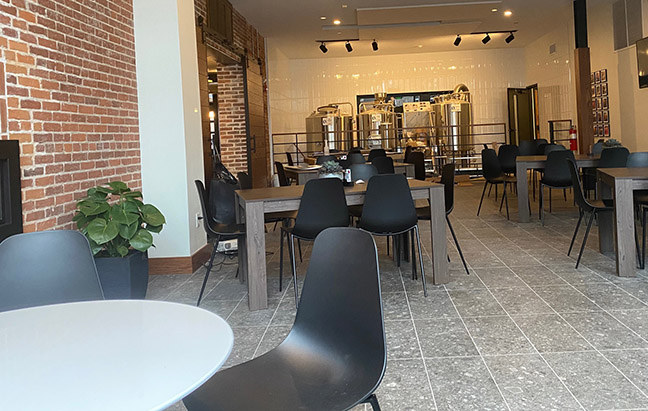 It’s been a busy year for Zeroday.

Following the onset of the pandemic, the brewery shuttered its original taproom at the rear of Midtown Cinema, converting it exclusively to production space.

Meanwhile, it built a new “outpost” inside the cinema as part of the cinema’s own extensive renovation. That space features a bar, table service and a courtyard, with a gourmet hot dog menu. It also continues to operate the Zeroday Outpost inside the Broad Street Market.

A fourth Zeroday location is currently under construction at the new Susquehanna Union Green outside of Linglestown, in partnership with the owners of Shakedown BBQ.

Zeroday opens its new Midtown taproom with 25 employees and expects to double that number once its current expansion plans are complete, according to the company.

Zeroday Brewing Co. is located at 925 N. 3rd St., Harrisburg, as well as at 250 Reily Street and inside the Broad Street Market. For more information, visit their website.