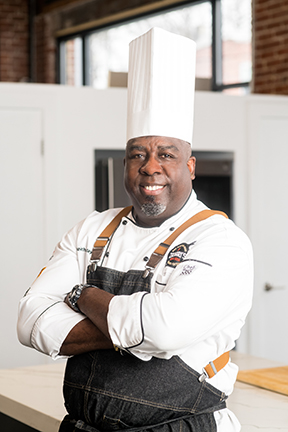 Barbecue is on the menu in Harrisburg, as Zachary’s BBQ & Soul is set to open inside H*MAC.

“H*MAC is such a unique space, with a very diverse customer base,” Taylor said, when reached by phone. “I’m very much looking forward to our soft opening next week.”

Zachary’s, named for Taylor’s eldest son, will be open for lunch, dinner and Sunday brunch.

In the Philadelphia area, Taylor has several related food operations, including a catering business, a pop-up trailer in the Elmwood Park Zoo in Norristown, a culinary consulting company and the educational Soul of Cooking Kitchen Experience.

In addition to entrees, Zachary’s will offer numerous soul food staples such as baked macaroni and cheese, potato salad, collard greens and fresh cornbread, among other sides. Desserts will include a grilled sticky bun sundae with Dad’s Hat PA Whiskey maple glaze, with 50% of sales from that dessert benefitting the Central Pennsylvania Food Bank, according to Taylor.

Taylor said that, until a few months ago, he had never been to Harrisburg. But, when he visited, he was impressed by what he saw.

“I saw beautiful murals,” he said. “I saw buildings being renovated and a new brewery and a new pizza place. Then I saw H*MAC, and I said, ‘I’m in love.’” 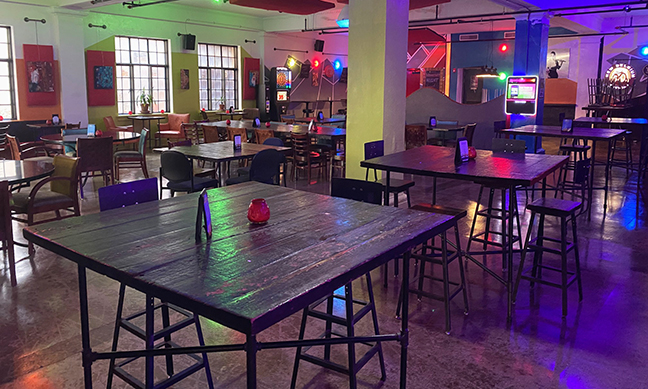 The dining area at H*MAC

Since deciding to open in Harrisburg, Taylor’s biggest challenge has been the supply-chain issues plaguing every restaurant, he said.

“We’re going to open on the 6th and will slowly add to the menu,” he said.

Since reopening after the pandemic, H*MAC now has a full slate of concerts and other events, which should supply a steady stream of customers, in addition to patrons who will visit just for the food and drink, Taylor said.

H*MAC began to offer restaurant dining about six years ago and has been through several changes in food concepts and cuisines over that time.

In addition to the restaurant, the sprawling, 34,000-square-foot venue has several bars, entertainment and outdoor spaces.

In late 2017, it received a $1 million state Redevelopment Assistance Capital Program grant to help complete the lengthy renovation of its historic Midtown property, which once housed served as the Harrisburg Jewish Community Center and, later, the city Police Athletic League facility.

For more information about Chef Taylor and to apply for a position at Zachary’s, visit www.zacharysbbqsoul.com.