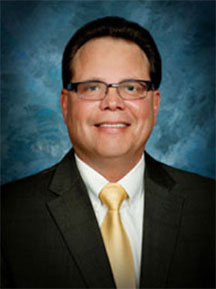 In a statement, Haste did not give a specific reason for his unexpected retirement, which goes into effect on May 31.

“It has been the greatest honor to have served the people of Dauphin County as commissioner since January 2003,” Haste wrote in a letter announcing his retirement. “The friendships that I have made during this time, I will never forget.”

Haste, a Republican, was re-elected to his current four-year term in November 2019. Under statute, the Court of Common Pleas will appoint a member of Haste’s own political party to serve the remainder of his term.

In his letter, Haste thanked the county’s employees and cited several priorities during his lengthy tenure, including not raising county taxes for 16 consecutive years, establishing a county infrastructure bank and promoting the county as a tourism destination.

“Looking ahead, I know the future of Dauphin County is bright,” he wrote in his letter. “I am exceptionally proud of Dauphin County’s people, elected officials, employees, local government leaders and community partners and humbled by all we have accomplished together over the years.”