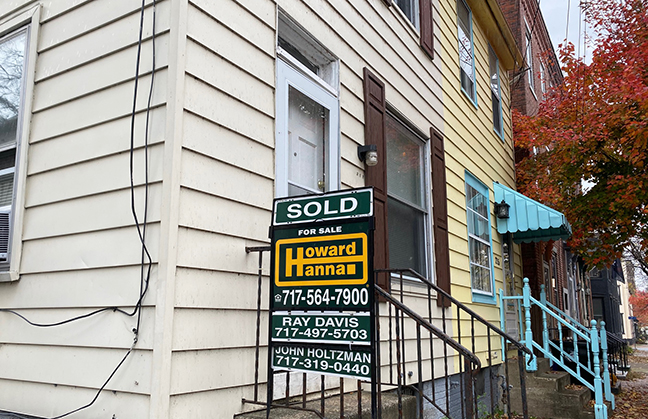 For October, 789 homes sold in the Harrisburg area, compared to 710 houses in the year-ago period, while the median price increased to $206,100 from 190,000, according to the Greater Harrisburg Association of Realtors (GHAR).

Perry County also experienced gains, with 38 homes sold, a small increase from 37 last year, while the median price shot up to $197,800 versus $179,900 in the year-ago period, according to GHAR.

Meanwhile, it took less time for houses to sell. GHAR reported that the average house was on the market for 31 days, a drop from 46 days a year ago.

In GHAR’s coverage area, the housing market has been consistently strong following the expiration of a pandemic-related business suspension in the spring.