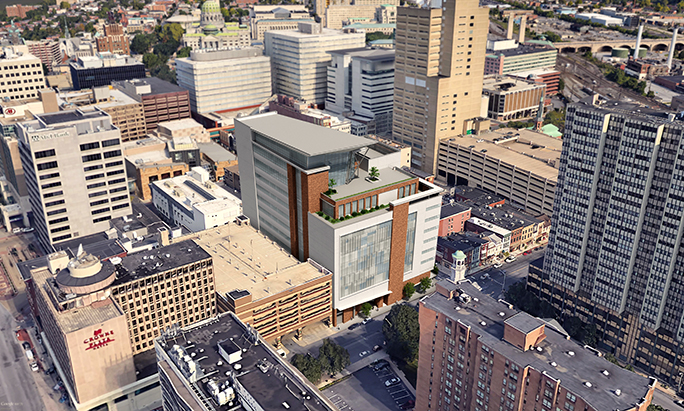 Harrisburg University will hold a virtual meeting for potential contractors on Wednesday, as it moves towards beginning construction on its 11-story academic building.

At the meeting, firms will be advised of bidding opportunities associated with the construction of the core and shell portions of the $100 million Health Science Center planned for S. 3rd and Chestnut streets in downtown Harrisburg. 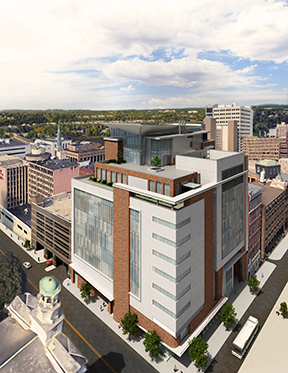 During the city approval process earlier this year, HU vowed to hold pre-bid meetings especially to improve opportunities for small and diverse businesses locally to participate in the project.

HU originally had planned a 30-plus-story building, but scaled back the project due to escalating costs and after the cancellation of a planned hotel and restaurant portion of the project.

The university cleared the site last year, but the work on the building itself has not yet begun. According to HU, completion is expected in 2023.

The pre-bid meeting with contractor Whiting-Turner and the McNees, Wallace & Nurick law firm will begin at 4 p.m. via Microsoft Teams and can be accessed at this link.