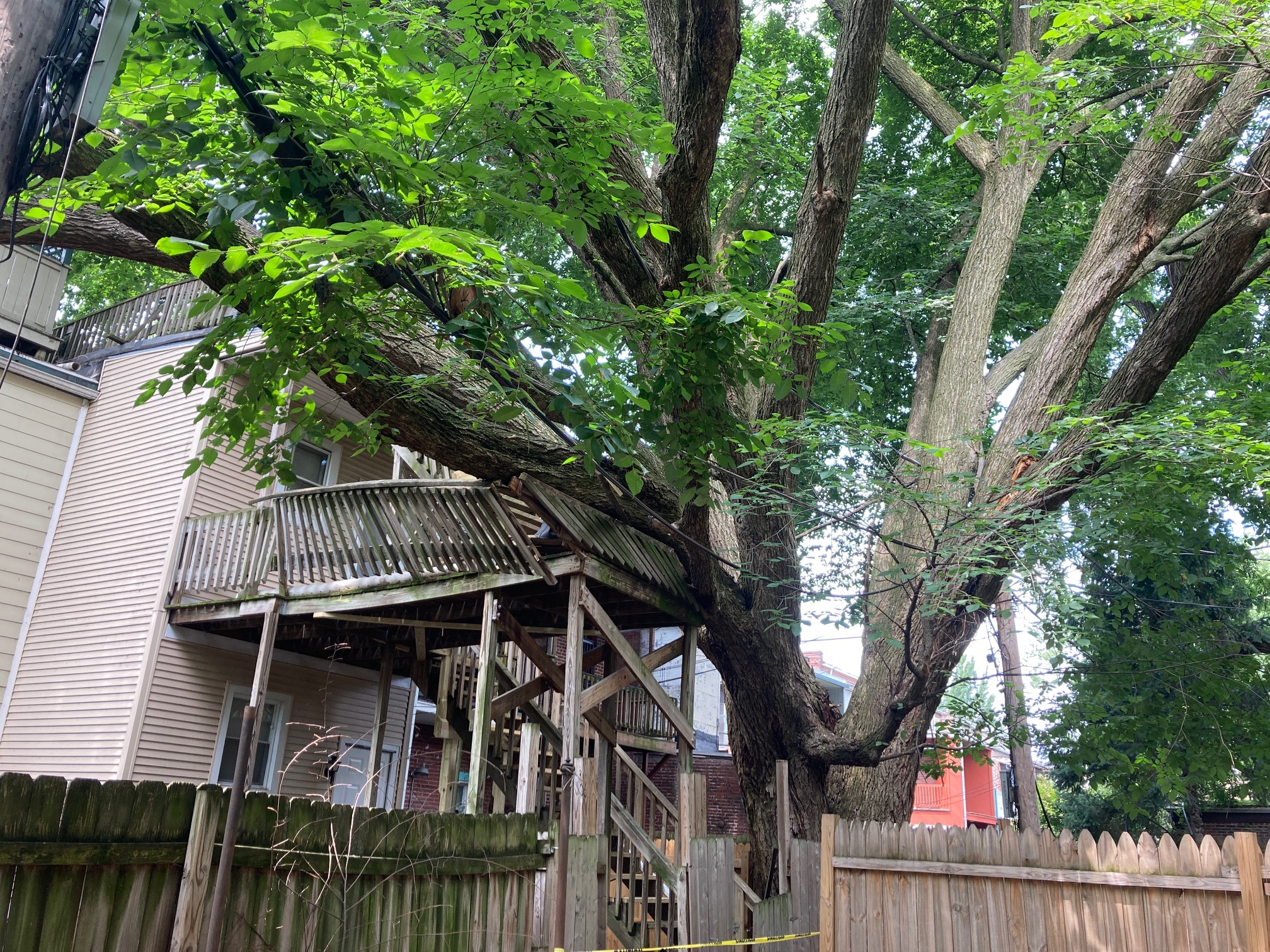 An 80-year-old elm tree located in Midtown Harrisburg poses a safety threat to residents and will be removed starting Monday.

One Harrisburg tree has created a trunk load of issues for a block of Midtown.

The city and PPL Electric Utilities plan soon to remove a large elm tree that has become entwined with power lines and overtaken several backyards. The massive tree is located on properties between Green, Harris, Penn and Clinton streets.

“This is going to be very complicated,” said Maggie Sheely, regional affairs director for PPL. “Rarely, if ever, have we encountered a tree of this complexity.”

PPL discovered the 80-year-old tree after residents called with concerns over tree branches colliding with power lines. According to Sheely, if the company didn’t remove it, the deteriorating tree would be a fire hazard, could possibly fall and would present a dangerous situation to residents.

“We are trying to get in here before anything else happens,” she said.

Typically, trees on private property fall under the responsibility of the property owners. However, in this situation, Harrisburg and PPL stepped in for safety reasons, explained Matt Maisel, communications director for the city. PPL will cover removal expenses. 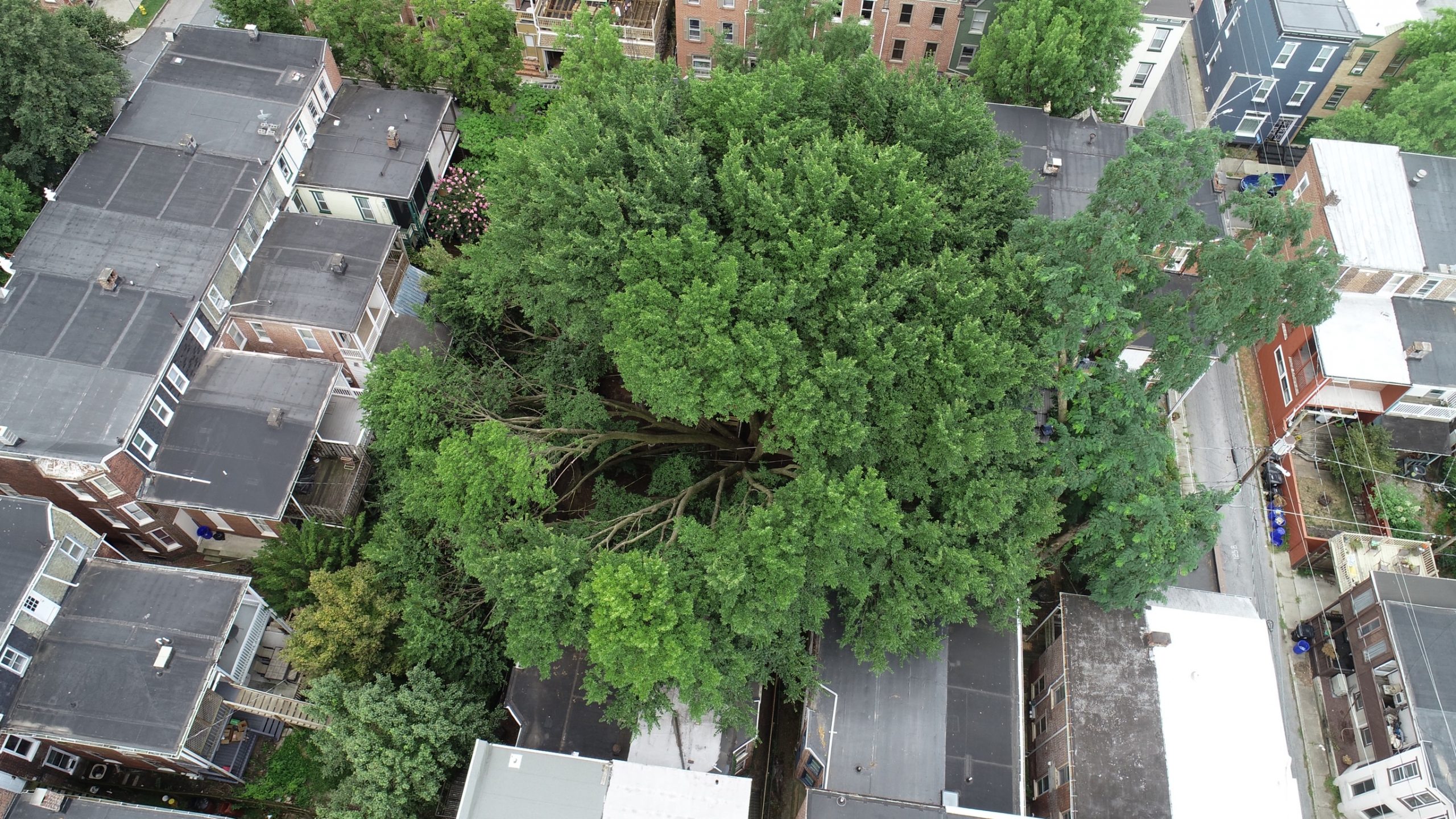 A large elm tree in Midtown will be removed. Photo courtesy of PPL Electric Utilities.

Starting Monday, PPL will begin removing the tree piece-by-piece. They will use a 100-ton tree removal truck to dismantle the tree, located in a tight, backyard area between several houses, with fences, balconies and other obstacles.

Additionally, the Maclay and Green street intersection will be closed from 6 to 11 a.m. on Monday to allow the tree removal truck to maneuver onto the road.

The work will affect about 56 customers and 25 residences. One of those residents is Laura Olenowski, who has lived on Penn Street for five years.

On Thursday, wires came loose, hanging down in Olenowski’s backyard. Another draped down just beyond her fence. She hasn’t been letting her dog out back, afraid he may touch the wires. 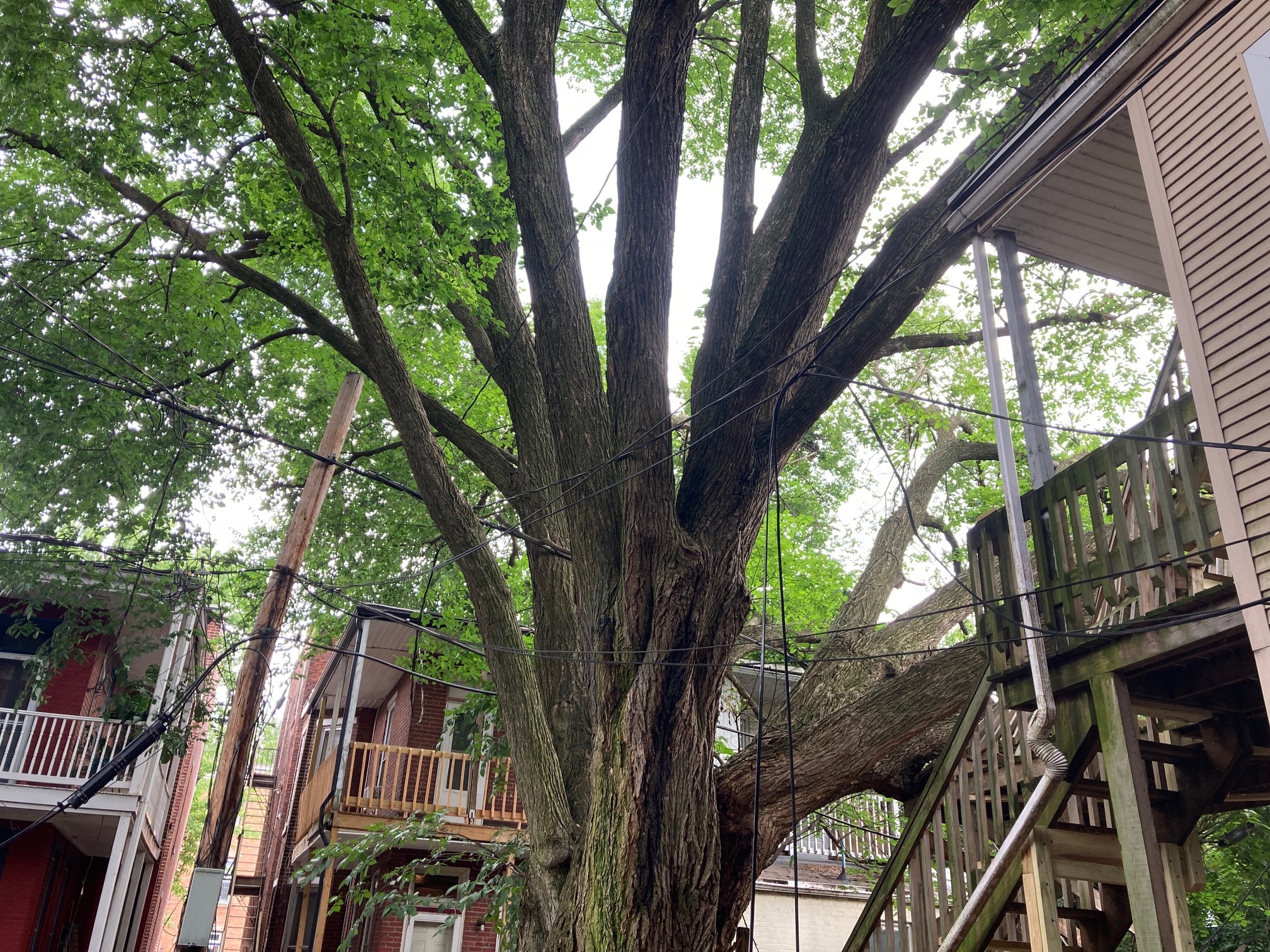 A view of the tree from Olenowski’s backyard on Penn Street. Loose wires hang over her property.

Her next-door neighbor, Lisette D., said she called PPL in May when her lights were flickering, and they saw the huge tree, part of which has destroyed a balcony in the apartment building where she rents.

Sheely said that PPL plans to conduct outreach to neighbors on Thursday night to let them know what will happen. Likely, many of the neighbors on the block will lose electricity for most of Monday and part of Tuesday. PPL will have some generators running to help with power outages, Sheely said. The city will not force anyone to leave their homes during the tree removal.

According to Maisel, the city has partnered with HACC Midtown, who offered their building at 1523 N. 4th St. as a day shelter for impacted residents on Monday and Tuesday when their power is out. There will be a place to park their cars, cool off from the heat and work, if they work remotely. The Red Cross of Central Pennsylvania will also provide water and snacks during this time.

Sheely said that residents did the right thing by calling PPL to let them know about the tree and urges other residents to do the same if they have concerns.

“We rely on customers to let us know if they notice something,” she said.