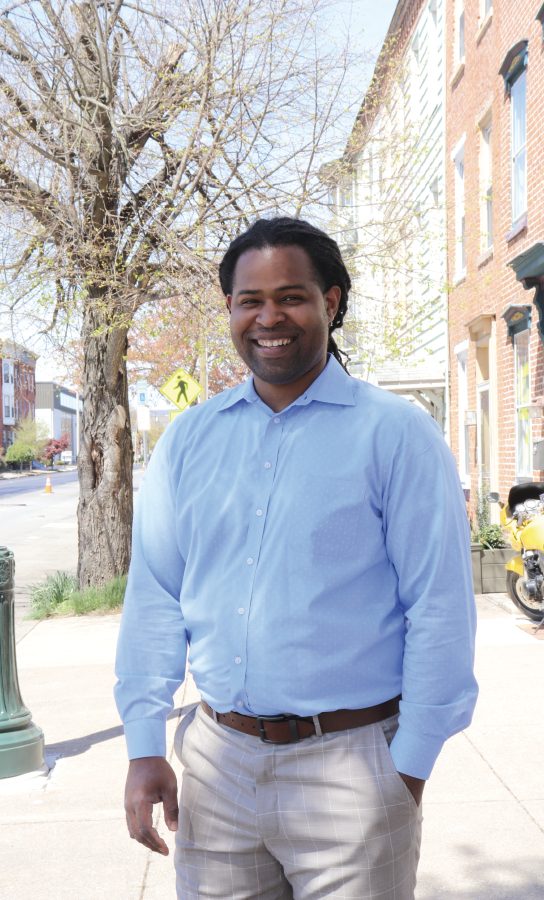 Eli Downie has a love-hate relationship with his Midtown neighborhood.

“The community is super friendly,” he said. “It’s very welcoming here. All of my neighbors are great. Even the funeral home across the street is very, very courteous.”

And what about living on the de facto highway known as 2nd Street?

Until this spring’s curb cuts and road milling began, city residents could be forgiven for doubting that the conversion of 2nd Street from one way to two, from Forster to Division, would actually occur. But it is happening, with the two-way switch slated for June, say city officials.

On that day, 2nd Street goes back to the future, with a feel that was lost in the 1950s when the city and state converted the pleasant, two-way boulevard to one way, all in the name of giving suburban commuters a quick escape route. 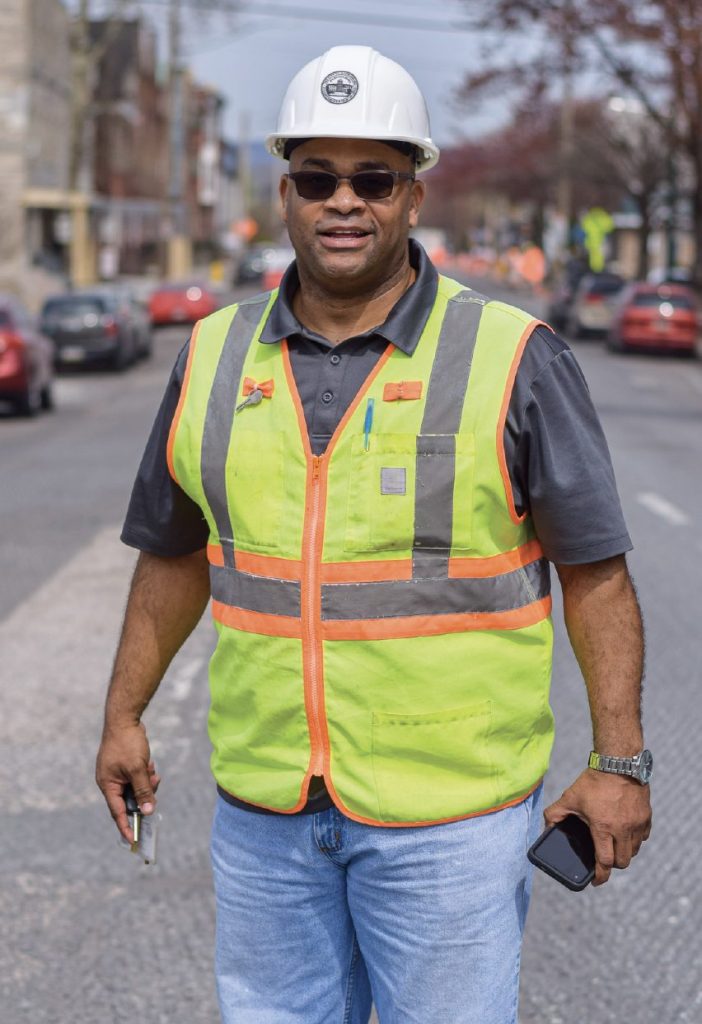 The stars of the 2022 conversion are the roundabouts at Verbeke, Reily and Kelker streets. On a misty afternoon recently, Percy Bullock, project manager and acting director of the city engineering department, stood at 2nd and Verbeke and shared the details with TheBurg.

Drivers approaching from the north and south will navigate the roundabouts like a wheel. Pedestrians will cross 2nd Street via raised walkways. A bicycle lane will circle with the roundabouts and continue along 2nd Street between parked cars and curbs.

At the roundabouts and at intersections along the project route, large crosswalks will guide pedestrians across the street, and yellow hobnails in the ADA-accessible curbs will alert the visually impaired to crossings while providing traction for wheelchairs.

It’s all part of Vision Zero, the 2019 plan for safer city streets, said Bullock. On 2nd Street, the issue has been vehicles racing down the 25-mph boulevard at speeds more like 50 or 60.

“Slow the traffic down, and that is the point of it,” Bullock said. “People may not like that, but that’s the point, to slow down traffic and give people an opportunity to not have an accident.”

As a result, he predicts, more businesses will set up shop and neighborhoods will be safer.

“You highlight the city, make it more homelike,” he said. “You’ll see a miracle happen.”

TheBurg just had to ask. Will the approach to the roundabouts be painted with the same squirmy-looking arrows at the new 7th and Reily streets roundabout?

“They do throw you off,” Bullock agreed. “I understand. Once you go through it a few times, you say, ‘I see what they mean.’ Most of the people driving here are regulars. They get used to it.”

The work will continue through October, said Bullock, who started his career digging streets 15 feet down and can tell you a few things about the types of boot soles needed when pouring hot asphalt.

Remaining tasks include repaving, completing the roundabouts, replacing outdated utility poles and street signs and rerouting electric lines. Some intersections will feature left-turn lanes and pedestrian islands. Traffic lights will hang on poles instead of wires, and they will be the dimming type that keeps motorists guessing until they’re close.

On paving days, there will be no-parking notices and 7 a.m. wake-up calls from police sirens alerting residents to move their cars, because backing up a hulking paver to cover a missed area costs the project time and money. Besides, the alternative for residents is paying hundreds of dollars for towing and ransoming the vehicle from storage.

As for that asphalt, it’s a durable model expected to last 10 or 15 years. Sadly, Bullock couldn’t promise fewer potholes.

“We don’t see that coming up, but Mother Nature can split potholes in the north,” he said. “This is a much more durable surface. Engineers have come a long way in figuring out the impact on surfaces of inclement weather.”

Rumors fly, of course. One resident heard that the roundabouts won’t have fountains or trees in the middle so big trucks that can’t navigate the curves can drive right through. 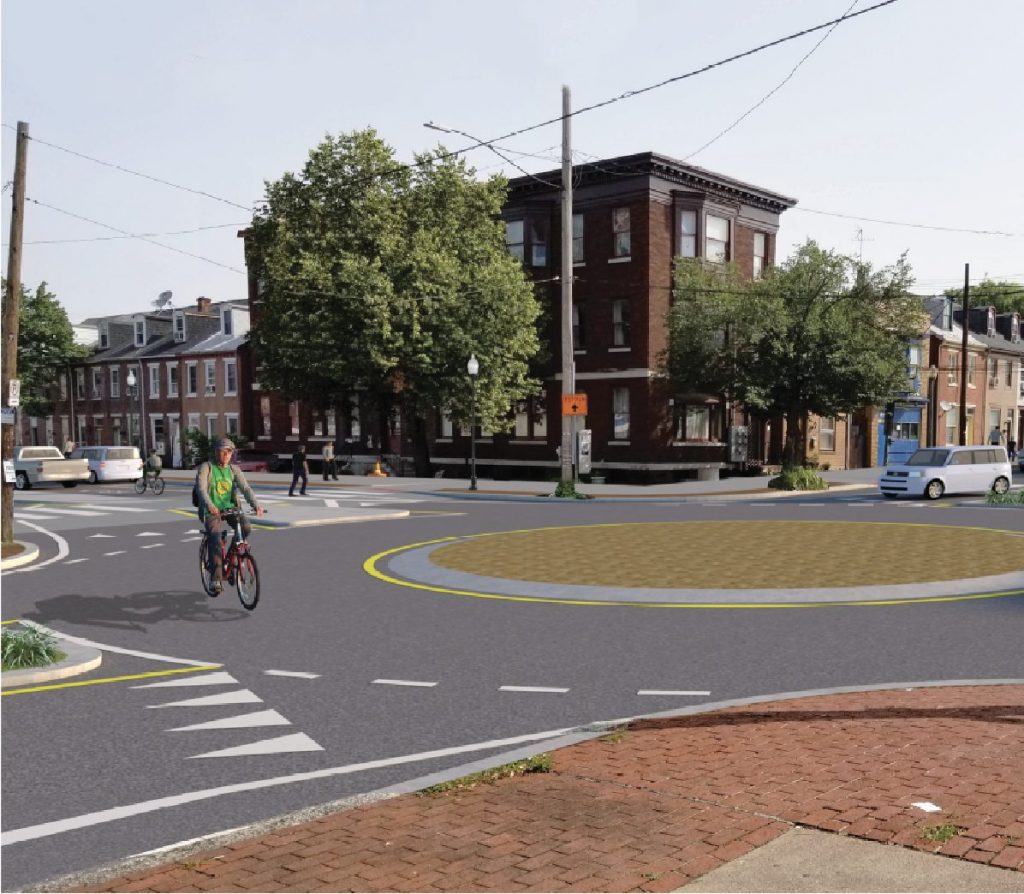 “(Vehicles) may have to run up on the edge of the curb to get around, but in no way would they be driving over the middle,” said city Communications Director Matt Maisel. “That would be highly illegal and is why we would not expect anyone to do that.” 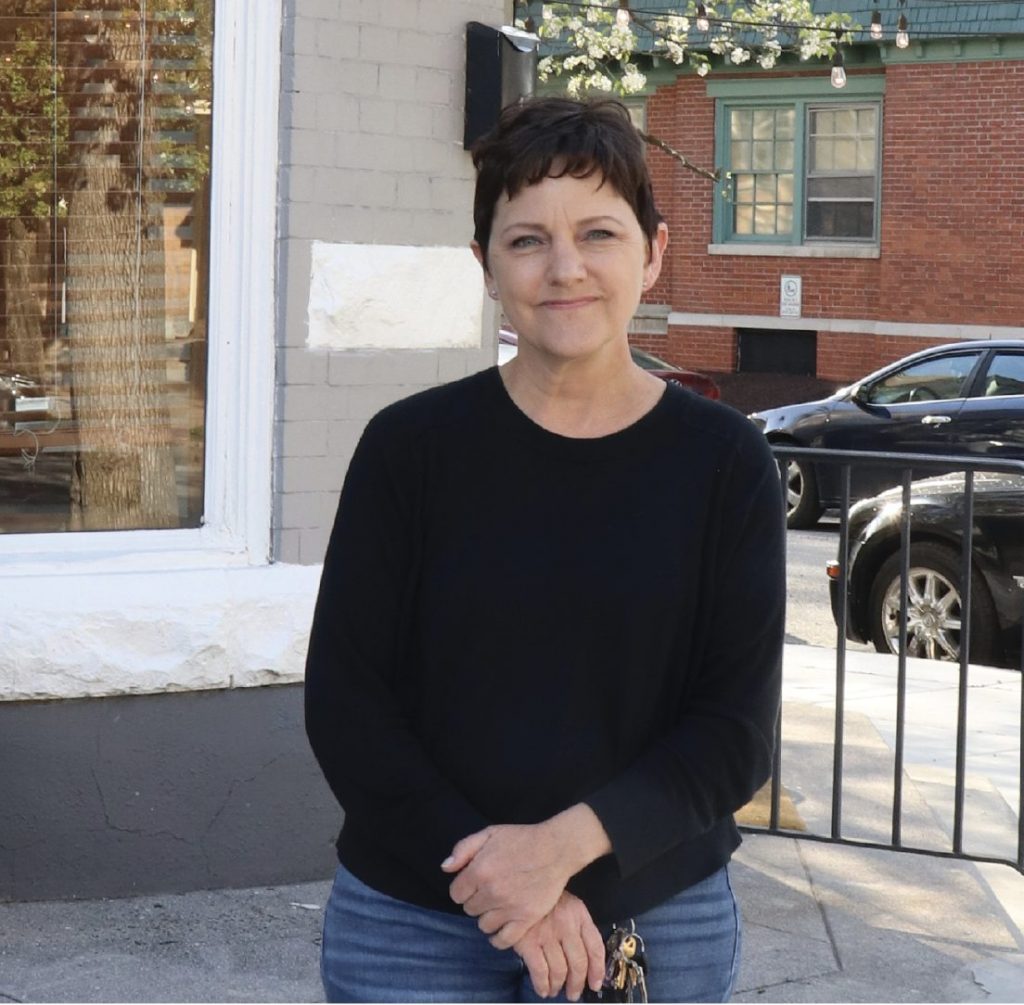 Ruth Prall, owner of Note. Bistro & Wine Bar at 2nd and Harris streets, has been a conversion supporter from first announcement. She already loves her location.

“It feels like you’re in the middle of the coolest little neighborhood, and we are,” she said.

Prall envisions heightened visibility for her business and a more pleasant atmosphere for the customers dining al fresco under the lights strung over the corner (where the project also delivered a “lovely little improvement” in the form of a new sidewalk to accompany the curb cuts).

“That would do everybody good, to have a little more commerce there,” she said.

Ed Jaroch is renovating a long-vacant duplex in the 1500-block of 2nd Street for his own home and rentals, and he is “all in on the two-way camp.” With the one-way street, traffic “takes off like it’s a drag race,” he said. As a member of Midtown Action Council, he looks forward to the safer walk to the Susquehanna River for all Midtown residents.

“We have miles of undisturbed riverfront view,” he said. “In many other cities, they put highways down their riverfront. That’s the gem of what makes Midtown such a nice neighborhood.”

Sydney Musser, Downie’s neighbor in the 1300-block of N. 2nd, counts the toll of accidents by the missing side-view mirrors on parked cars. She triple-checks before crossing the street to walk her dog, looking both ways because she has seen cars going the wrong way.

When the milled street slowed traffic considerably, Musser didn’t have to “dart across before somebody comes whipping through.”

“I feel like I am always very, very aware of my surroundings,” she said.

Musser and her neighbors worry about the project’s impact on an already cramped parking situation, but the conversion will unveil a safer scenario for people and vehicles, she believes.

Downie’s front-door security camera has filmed numerous accidents and the occasional wrong-way driver. He understands the need for snazzy downtown and Midtown infrastructure. As a former Allison Hill resident, he hopes to see similar investments citywide.

“For safety purposes, it’s really great they are investing in the city,” he said. “I wish they would invest even more in more places to bring up the overall quality of life for people not just in Midtown but in Allison Hill and other portions, as well.”

“I enjoy seeing Harrisburg uplift and upgrade,” he said. “Things are changing. When that takes place and everybody comes together in one accord, everything is possible. That’s a plus.”