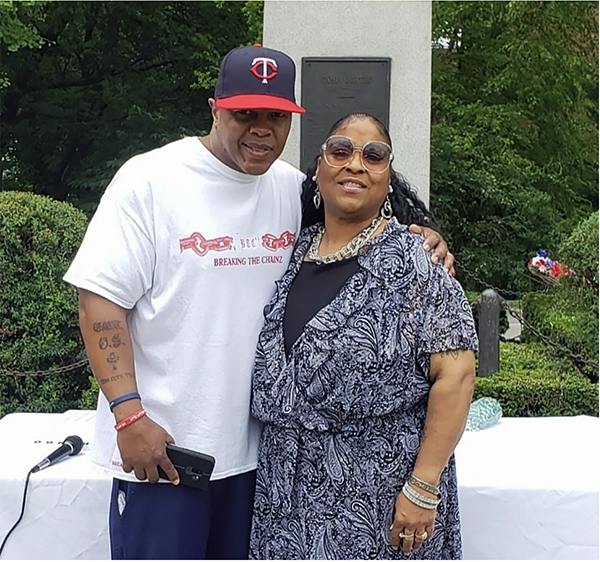 Kevin Dolphin once watched his friend, Lisa Burhannan, work her magic on a room of teenage girls.

Their nonprofit, Breaking the Chainz, teaches cognitive development in schools, but these particular girls were “having a bad day.” So Burhannan got them to draw how they were feeling.

“By the end of the day, you could see the light in their eyes,” said Dolphin. “They would always come to her for advice. They couldn’t wait for her to get there so they could ask her and talk to her about things. That is more priceless than anything.”

Burhannan is gone now. So is Gerald Welch, who never backed down if it meant keeping children from falling through the cracks.

COVID-19 has plowed through Black America, carving a gash in leadership structures and within families. In Harrisburg, those left behind are finding resiliency in the community and plumbing the legacies of lost loved ones for inspiration.

The Rev. Dr. Brenda Alton no longer pastors her own church—she is system manager of spiritual care services at UPMC Pinnacle. But in the COVID year, she presided over more funerals than ever before.

Her job, though, still inspires hope. She gets to deliver “good news in bad times” to a community rediscovering its strengths.

“The pandemic has allowed the ‘neighbor’ to return to the ‘hood,’ so we have ‘neighborhood,’” said Alton, who lost dear friends to the pandemic while she and her family were “deathly sick” in March. “We have neighbors who check on each other. We have families that have restored a level of care. They pay more attention. There’s this heightened sense of protection for our elders and maybe even a return of respect for our seniors.”

Black churches rarely trumpet their good deeds, so the role of the church in sustaining community has long been overlooked, said Ronald D. Holton, Sr., pastor of Lingo Memorial Church of God in Christ in Uptown Harrisburg. The pandemic has changed that. One young man Holton knows had frequently disparaged the church online but is now saying “Amen” to Holton’s virtual sermons.

“In difficult times, individuals turn to the church, and they begin to see the importance of the Black church in the Black community,” Holton said.

And, says Alton, old aspirations that had gone dormant in pre-COVID days are awakening as people collaborate to launch startups and patronize small businesses.

“All those dreams we’ve had locked up, it’s time to work on them and release them,” Alton said.

In the wake of COVID, the Black community is mobilizing on multiple fronts, addressing physical and mental health, economic upheaval and social justice, said Dolphin.

“Coming together has been one of our greatest strengths,” he said.

When you suddenly can’t smell Clorox, COVID-19 is calling.

Aaron Johnson blames his case on high-fives exchanged with fellow Steelers fans at a Dallas Cowboys’ home game. But the loss of taste and smell didn’t keep him from eating the Thanksgiving dishes that friends dropped off.

“What are we gonna do?” he said. “I’m still gonna eat. I know what it’s supposed to taste like.”

Kidding aside, Johnson’s wife also contracted COVID. So did his sister, who was hospitalized. He lost his stepbrother and several friends. One friend, a bus driver with underlying kidney disease, recovered, but only after being placed on a ventilator.

Through all of this, Johnson wonders—who’s watching out for sanitation workers? As director of Harrisburg’s Department of Public Works, he’s been juggling the schedules of the sick and quarantined. Contact tracing turns one possible case into four or five workers forced to isolate. Test results take days to come back, forcing people off work while they wait.

The people who pick up our trash, a largely Black and Brown workforce, should be classified as essential workers and given priority for vaccines, Johnson said.

“Public works and highway and sanitation, we’re emergency workers,” he said. “Ever since (the pandemic) broke out, sanitation is on the ground.”

Dolphin and Burhannan grew up together, the children of dysfunctional families from “the wrong side of the tracks,” in Dolphin’s words.

With her “giving and selfless heart,” Burhannan would reach out to help “anyone, anywhere,” especially after the death of her son. Locally, she led chapters of Mothers in Charge and Crime Survivors for Safety and Justice, ministered to hospital patients, and supervised a re-entry home for women. Her work took her nationwide.

“Those are a pair of shoes that no one in the city or wherever will be able to fill,” said Dolphin, the founder and president of Breaking the Chainz. “She definitely left something behind. There’s a void.”

Even from the ICU, Burhannan hosted Zoom meetings and helped family. She died from COVID-19 on June 11.

Harrisburg School Board Director Gerald Welch succumbed on April 15. For a man known for his brutal honesty, Welch was “a teddy bear,” says his wife, Donna. They met online. He proposed the first time they met in person. She said yes because “it just felt right.”

Moving to Harrisburg from New York after they married in 2008, Welch worked as a behavior specialist and drug and alcohol counselor. He also grew incensed about the school district’s dismal graduation rate. On his second run for school board, he won a seat, sharing a platform with a group that wanted to oust former Superintendent Sybil Knight-Burney.

When the pandemic arrived, he kept working, meeting patients one-on-one. Many joined a long line of mourners in a drive-by tribute on a cold, rainy day in late April. Welch’s ICU nurses displayed a banner saying that it was an honor to care for him. One woman he helped to sobriety made a sign—still in Donna’s yard—showing a black and a white hand coming together in unity.

“People would come and put balloons in my front yard, or candles,” said Donna.

In Gerald Welch’s memory, fellow school board Director Carrie Fowler founded Gerald’s Kids. The scholarship program focuses services on individual children transitioning from first to second grade—an often-overlooked time when children who are struggling to read or who lack adult attention risk lifetime consequences. The first child sponsored is the son of an imprisoned man who Gerald Welch had reached out to.

At Burhannan’s socially distanced service in Reservoir Park, Alton presided for her longtime friend. She reminded mourners to follow Burhannan’s example of a life transformed.

Tina Nixon has received “too many text messages and phone calls” informing her of deaths. An aunt died from COVID. So did a cousin.

“COVID has shined a spotlight on the health disparities on communities of color,” said the vice president, mission effectiveness, and chief diversity officer at UPMC Pinnacle. “We’ve been addressing it, but we can’t do it alone.”

UPMC Pinnacle is leveraging existing connections to share messages of staying safe against COVID and getting the vaccine, said Nixon.

And the Healthy Harrisburg Initiative, planned in 2019 but launched virtually in 2020, targets the underlying conditions—specifically high blood pressure, chronic heart disease, and diabetes—that have intensified COVID’s deadliness in the Black community. 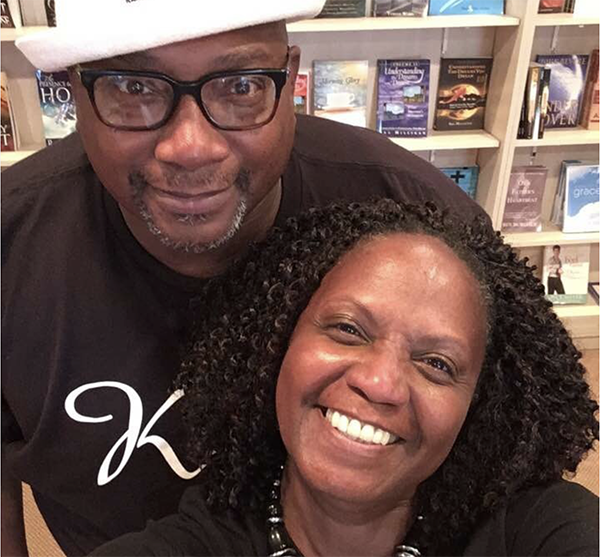 On Easter Sunday, Gerald Welch struggled to breath but kept procrastinating a trip to the hospital. He spent his time writing names on his “gazillion” beloved watches, instructing his wife to give them to the designees. She refused, insisting that he wasn’t going anywhere.

Since Gerald’s passing, Donna Welch has given watches to his sons and grandsons, but “there’s still a bunch left.” She is helping administer a church scholarship fund that he worked passionately for.

“I just remember him and how much he cared about people, especially children,” she said.

Aaron Johnson’s sister is slowly recovering. His Public Works Department is managing the impact on personnel, even as residential trash pickups rise with more people at home. He and his wife got through their illnesses with prayer and the help of help of family and friends.

“We couldn’t have done it without them,” he said. “For me, it’s sad because there’s a lot of friends and family that I lost.”

Dolphin won’t accept discouragement, especially when he recalls the tireless energy of Lisa Burhannan—the friend who rode with him to countless conferences nationwide.

“She’s always with me,” he said. “When I’m riding, she’s in the seat next to me. She was that spirit. As long as I’m alive, as long as Breaking the Chainz is around, she’ll definitely live on.”