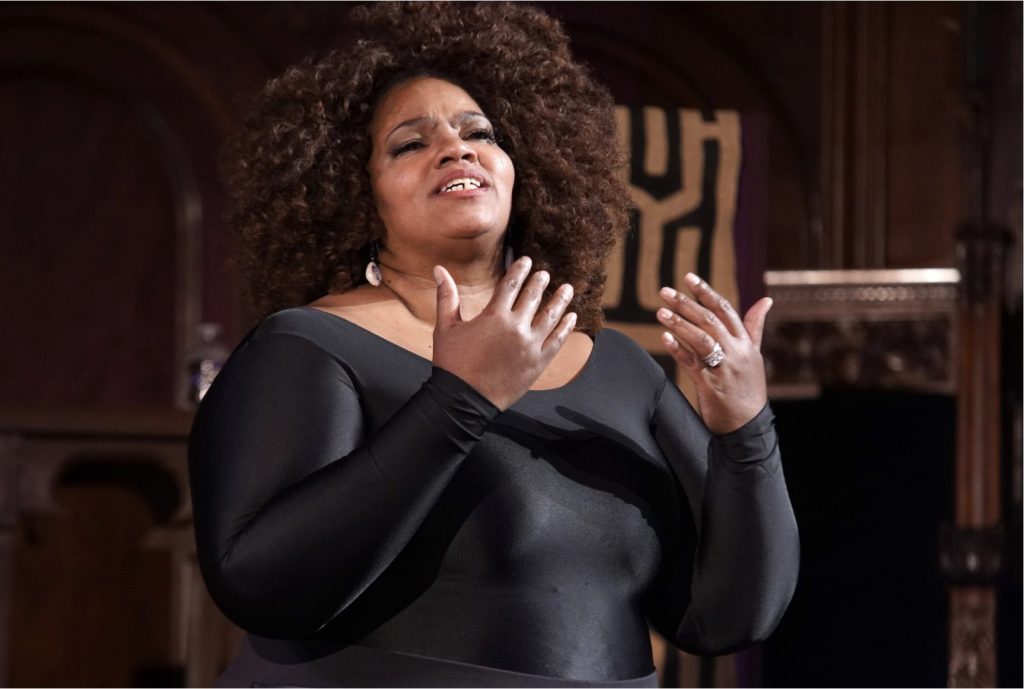 Hark! Who goes there?

Thespians. Hundreds of them from around the globe, who will travel to Harrisburg in early January for the annual Shakespeare Theatre Association (STA) conference, courtesy of the city’s own Gamut Theatre.

STA provides a forum to support theater companies producing Shakespeare’s works and to advocate for Shakespearean productions and training. Some 120 theater companies around the world comprise STA’s membership, so hosting the January 2022 conference is a colossal—as well as a classical—honor.

One need only look as far back as 1997 to see STA’s influence on Harrisburg, when Gamut’s partnership with the group began.

Gamut Theatre’s board sent founders Clark and Melissa Nicholson to an STA conference just to see what they would learn. What sounded initially like an experiment, or maybe even a lark, turned out to be “an amazing, educational experience,” said Melissa Nicholson, Gamut’s executive director.

“Without our partnership with STA, I doubt we would have continued doing Shakespeare,” she said.

Although most of STA’s conference sessions are members-only, you can eavesdrop on “Classics Fest” events open to the public the way Rosencrantz and Guildenstern spied on Hamlet. Unlike those two, you need not be sneaky about it. Accessible pricing makes the events affordable.

Choice local artists, namely David Ramón Zayas and Paul Hood, will take the opportunity to showcase their own plays during Gamut’s Classics Fest while all the big players are in town. And internationally renowned artists Lisa Wolpe and Debra Ann Byrd add their star power to the marquee.

As with all things Gamut, the conference highlights are not purely Shakespearean and come with a number of twists, highlighting “diversity and classic works, homegrown artists writing new plays and musical collaborations,” Nicholson said.

Gamut’s intent to re-invent classic stories makes theater more accessible for the community, not just something to occupy the glitterati.

“We’re rethinking BLM, other inequities, and how we stay viable economically,” Nicholson said.

These concerns segue neatly into this year’s conference theme, “The Power of Reinvention: ‘We know what we are, but not what we may be.’” The theme conveys a deliberate action of glancing back to help us reach forward, of preparing to do better in the future.

Closed conference sessions will connect Shakespeare to many of the scorching headlines of today, such as diversity, the language of identity terminology, trauma and gender. And they will address trade topics, such as making classic theater relevant, ensemble auditions, outdoor theater and digital theater in the age of COVID. Gamut’s Founding Artistic Director Clark Nicholson will offer several sessions of teaching improvisational techniques to invigorate classical performances.

“The presenters have a nice mix of voices in the room, underrepresented groups, so we hear as many voices as possible,” Melissa Nicholson said. “Shakespeare may be an old, dead, white male, but he’s also an excellent playwright and an amazing poet… We can discover things about ourselves and each other through the vessel of his writing.”

Making The Bard relevant to today’s world is paramount to moving forward in this space.

STA members will open the topic to outside focus groups, hosting teachers and students digitally via Zoom to share their ideas on how to make Shakespeare resonate with them and to explore what about his works makes their hair stand on end.

Turning foul play into fair play, or “De-colonizing The Bard,” represents another hot button topic. STA members recognize their role in education and engagement, and they feel a responsibility to contextualize Shakespeare’s plays to give delight and hurt not. They will delve into critical explorations of the sometimes-detrimental legacy of Shakespeare as a cultural icon, rethinking their own programming to foster community and promote social justice.

Shakespeare’s works have helped a key, often marginalized group express themselves. A group of veterans took classes and formed their own company to help them express their own experiences about combat.

The Veterans’ Performance Ensemble at Chesapeake Shakespeare Company, dubbed Olive Branch & Laurel Crown, will present “And To Be a Soldier” as part of Classics Fest.

“They found words they didn’t have before to help them process what they had been through,” Nicholson said.

Because our national borders are less of an obstacle than during Shakespeare’s time, today’s actors are not hindered the way old Bill once was. Crossing the Atlantic is routine, and we don’t even have to appear physically somewhere to give a performance.

“Being forced into a virtual conference [for 2021] gave STA a good opportunity to reinvent itself,” Nicholson said. “There’s power in working with your community, in expanding that reference group.”

As The Bard himself once penned, “It’s a brave new world.”

Shakespeare Theatre Association’s 2022 Conference will be held Jan. 3 to 8, split between Gamut Theatre, Whitaker Center and the Hilton Harrisburg. For information on the sessions accessible to the public, visit www.gamuttheatre.org/classicsfest.

Classics Fest events are open to the public Jan. 3 through 8.

Jan. 7, 7:30 p.m.:  “The African Company: The Mystery of the African Grove Theatre” by Paul Hood at Gamut Theatre

Jan. 8, 1:30 p.m.: “And To Be A Soldier” by the Olive Branch & Laurel Crown, the Veteran’s Performance Ensemble of Chesapeake Shakespeare Company at Whitaker Center