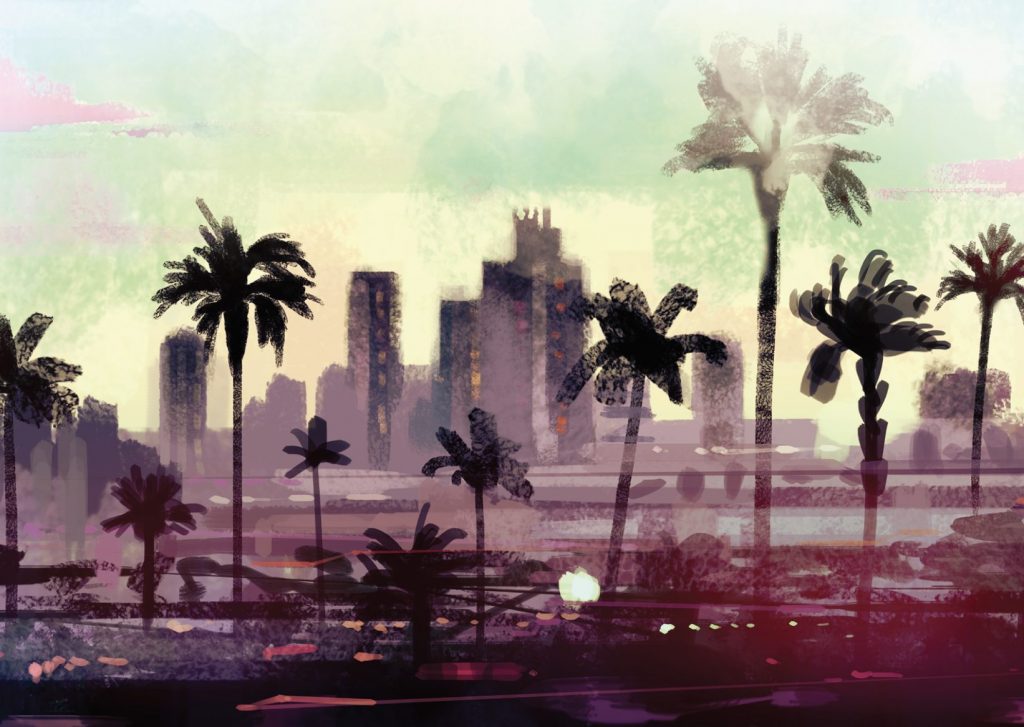 I hesitate to give too much information on this film, for fear of ruining the pleasant surprise I had in watching it blind. But I also want to gush about it, because it’s just that good.

If you haven’t already been wowed by Director Carlos López Estrada’s debut feature, “Blindspotting,” or his most recent, “Raya and the Last Dragon,” he’s got another cinematic gem up his sleeve. “Summertime” still battles harsh realities, but with a much more relaxed, comedic, therapeutic and inspirational tone.

The film plays like a musical, but, instead of breaking into song, the cast members (all playing themselves, or at least characters by their own name) break into spoken word poetry, opening up about their love lives, insecurities and desire to belong.

With a nod to Richard Linklater’s “Slacker,” the film tells the story of a single day from a diverse assortment of Los Angeles residents, glimpsing each character’s lives in a quick snippet before flitting to the next.

Tyris Winter strolls through the film with a perfect, flamboyant charisma, giving Yelp review after Yelp review of the local businesses. Paolina Acuna-Gonzales gathers a crew of dancers to interpret the empowerment of red lipstick. Marquesha Baber battles insecurities from an emotionally abusive past relationship. Anewbyss and Rah (Bryce Banks and Austin Antoine) learn hard truths about fame and fortune when their rap duo snags attention.

These are only a sample of the characters on this carousel of a story. And they all circle back, culminating in a larger-than-life denouement that allows every character to find their voice.

What makes “Summertime” so refreshing is that it shows a side of Los Angeles that you don’t normally see in the movies: the bus systems, the street carts, people of color, people of different nationalities, the queer community. And, yet, its glossy, polished performance gives us that good ol’ Hollywood vibe, reminding us that these underrepresented people and ideas deserve just as much of a spotlight as the classics. Perhaps “Summertime” is a glimpse of what is in store for film in the future, not only for its diversity but for its ingenuity.

The acting is not what you expect from film, partly because the cast is not predominantly actors but actual poets, authors, musicians, etc. The writing credits for “Summertime” constitute a long list, as every cast member performs their own poetry, but also because the dynamic is more akin to a theater performance than that of a film. But despite this variance, the characters are fresh, the connections are vibrant, and the snapshot of the world it portrays is real.

Spoken word has allowed us to look the poet in the eye as they share their story. Born from underrepresented communities, it has given them an outlet for their voice to be heard. And that is exactly what you see in “Summertime.” It’s an absolute joy to watch and certainly a film you don’t want to miss. “Summertime” will be playing at Midtown Cinema in July.