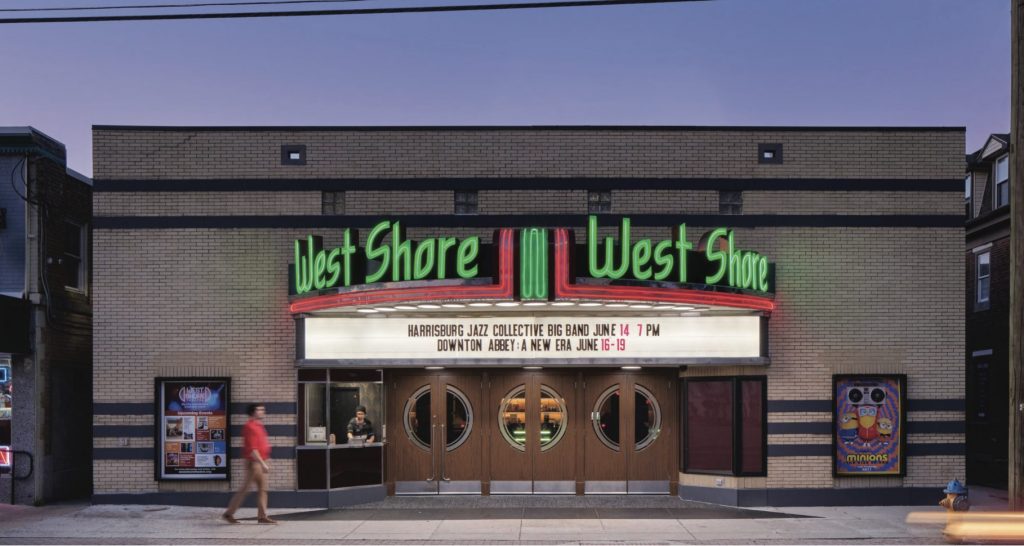 Local movie producer Brandon Keeton has heard many people tell stories about their time at the West Shore Theatre in New Cumberland.

“It’s such a historic place,” Keeton said. “Everyone in the community had a date there.”

That’s why, to him, it was such a big deal that his movie, “Turbo Cola,” which was filmed in New Cumberland, premiere at the theater during re-opening weekend in May.

“It was definitely a dream come true,” he said.

Keeton is just one of many people excited for the return of the West Shore Theatre.

The theater, built in 1939, closed in 2015 after it could not financially keep up with changes in the industry. Local fans refused to see the town staple close. So, in 2018, business owners and other community members formed the nonprofit, Friends of the West Shore Theatre. By August 2021, they were able to raise $2.5 million to renovate and remodel the theater, which held a soft opening on May 7.

“It’s a place that has generational memories for so many, which is why I think it was so important that the community wanted to save this theater in a day and age where theaters are going in the other direction—sitting empty or being demolished,” said Dustin LeBlanc, West Shore Theatre’s managing director. “For one to be saved and restored as beautifully as this one has, I think is something to be celebrated.”

Prior to its reopening, the theater needed significant updating—first, concerning its programming.

The theater has since partnered with groups like the West Shore School District on a cabaret performance and Capital Area School for the Arts on a film festival. Lots of local bands and ensembles have also rehearsed and performed at the West Shore Theatre.

In order to house all of the theater’s new programming, Friends of the West Shore Theatre had to do a lot of work on the building itself.

Harrisburg-based Chris Dawson Architect took on the project with the goal of keeping the nostalgic feel while updating the building as a modern, multi-use space.

“I think the appeal to a younger patron is part of the reason why the new work isn’t trying to look historic—it’s trying to look fresh and modern,” Dawson said. “It’s a 21st-century program for the community, and the building should tell you that.”

The project included changes both big and small.

“It was pretty rundown,” Dawson said. “Seats were falling apart. The wall fabric was peeling off. The concession stand was right in your face, and there was not enough space.”

The redesign included making room for modern-day technology and ensuring that the theater could be used for more than just movies. The biggest additions were acoustic paneling for better sound quality, ADA-accessible bathrooms, a stage and new seating options. Along with the usual movie theater seating, there is now lounge seating and high-top tables.

The construction took about nine months to complete, but work is far from over. Only “phase one” has been completed, according to Dawson. Phase two includes constructing an addition, including a backstage area with dressing rooms, a green room and a catering kitchen.

Dawson said that his firm has loved working on the theater since modernizing older buildings is their specialty.

“We love doing contemporary things with historical buildings and breathing new life into them in terms of how the community can use them,” Dawson said. “We love contrasting new and old.”

According to LeBlanc, the best thing about reopening the theater has been listening to the crowds walk in and reminisce over their memories there.

A Lawyer’s Life: Corky Goldstein has handled some of the highest-profile criminal cases in Harrisburg. After 50-plus years, he’s finally putting down his briefcase.