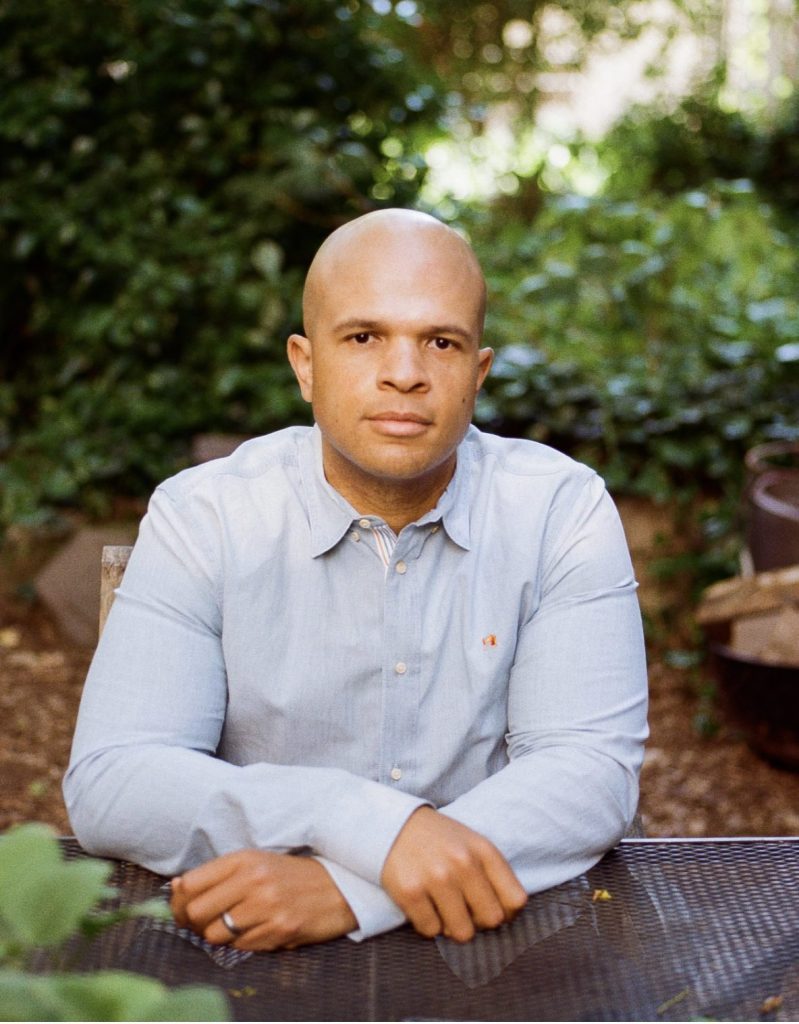 Imagine a world in which trolls, dwarfs, dragons and city council members work collectively to try to stop an advocate for the disenfranchised.

That may sound a tad far-fetched, yet maybe not so much as we see the villains as stand-ins for real-life power-mongers.

That’s how Steven Williams frames it. These are just a few of the many creatures that try to thwart his heroine in his first published work of fiction, “Skadi,” which came out last year. His second book in that series, “Thyra,” just dropped on Aug. 31.

Skadi and Thyra are names that fit with the Norse mythology that Williams wraps his stories into, which might seem random for a writer born and raised in the Harrisburg area.

Yet it makes perfect sense for Williams, who, by day, is the associate director for the Pennsylvania Statewide Afterschool Youth Development Network (PSAYDN) and, by night, serves as a director on the Harrisburg School Board.

A trip to Iceland in 2016 proved to be so magical for Williams and his future wife Danielle that they returned in 2017 to be married in a historic Black church in the tiny settlement of Budir, which sits on a lava field in the western region of Iceland.

While affirming their own love, they fell in love with the place and its history. They visited the Saga Museum, where Williams was pulled in by the myths and stories. Although “Skadi” was his first published novel, Williams has been writing a book a year for nearly 10 years, and what he discovered in Iceland was a vehicle for the stories he was trying to tell—stories of advocacy with ancient characters standing in for marginalized communities.

“I tried to hide that theme inside a setting I thought was interesting that people could connect with,” he said.

A common approach in storytelling is to write what you know. That’s where it gets tricky for Williams. He knows the themes he explores through Norse mythological tales, but also knows that, to be an authentic voice true to Norse mythology, he had to do his research. He read the “Prose Edda,” an Icelandic textbook from the 13th century thought to be the most complete source on Norse mythology. He also spends a lot of time researching online.

“Skadi” presents as an allegory as it tells the tale of a mother trying to protect her son from the evils of the Viking world before realizing that she must work to save all children and parents if she is to be successful in saving her son. She battles dragons, trolls and a creature called a “jötunn,” which has been killing the children of Fensalir. Those are just the fantastical villains. The real villains are the city council members of the town who sell their souls to gain special powers.

Hmmm. Now we start to see the connection to real life. Williams has a passion for advocacy for the vulnerable.

“The core story of ‘Skadi’ is about being an agent of change or advocate for a community or folks who have been disenfranchised by society or larger power structures,” Williams said. “The town is a stand-in for lots of communities, like Harrisburg, where bad things have happened historically.”

Williams, 32, lives what he writes. His family emphasized education, and he sees education as an agent for change in a community.

“What I saw happening in Harrisburg was shortchanging of students,” he said. “I’m not a teacher, nor a parent, but I had a background in policy having worked at the Capitol for a time. There is a collective positive impact and result from having an educated population.”

Williams now serves as vice president of the Harrisburg School Board.

“We see him as a leader in the community,” said fellow board member James Thompson. “One thing about Steven is his positive attitude. You sort of need that. The funny thing on the school board is what we need more than anything else is consistency. It’s very difficult to do that unless you’re pure of heart because you have to embrace the mission.”

Another mission Williams embraces is advocacy for afterschool programs, which he advances by helping schools and groups find grants through his job at PSAYDN. His predecessor there, Laura Saccente, who now serves as strategic initiatives director at the Center for Schools and Communities, said that Williams doesn’t do anything he doesn’t believe in.

“It’s a perfect analogy to compare his book and his work,” she said. “With his work, he really is the voice for the state in serving youth and children.”

Before joining PSAYDN, Williams worked for the state General Assembly. Those connections led to his current position and help him there to form partnerships throughout the state government.

The partnership he’s forging with Boiling Springs-based Sunbury Press has allowed him to pursue this Norse series. Publisher Lawrence Knorr saw potential in Williams’ book, not only because he was a local author, but because he thinks the work is very visual and descriptive in a popular genre. Think “Game of Thrones,” “Thor,” and other Marvel movies. Knorr sees potential for Williams’ stories as a miniseries.

“Steve has the personality, the energy, the drive, the confidence to be successful,” Knorr said. “I think he and I were just meant to work together.”

“Thyra” returns to the same world, but takes place a few months before the events of “Skadi.” He created the character Thyra as a stand-in for people from marginalized communities. Williams hopes that readers will “recognize that she, too, has power, belongs and has value.”

“It’s a bit more of an introspective story,” he said.

“Thyra” is available beginning Aug. 31. For more information and to order the book, visit www.sunburypress.com, local bookstores and online booksellers.

A Lawyer’s Life: Corky Goldstein has handled some of the highest-profile criminal cases in Harrisburg. After 50-plus years, he’s finally putting down his briefcase.