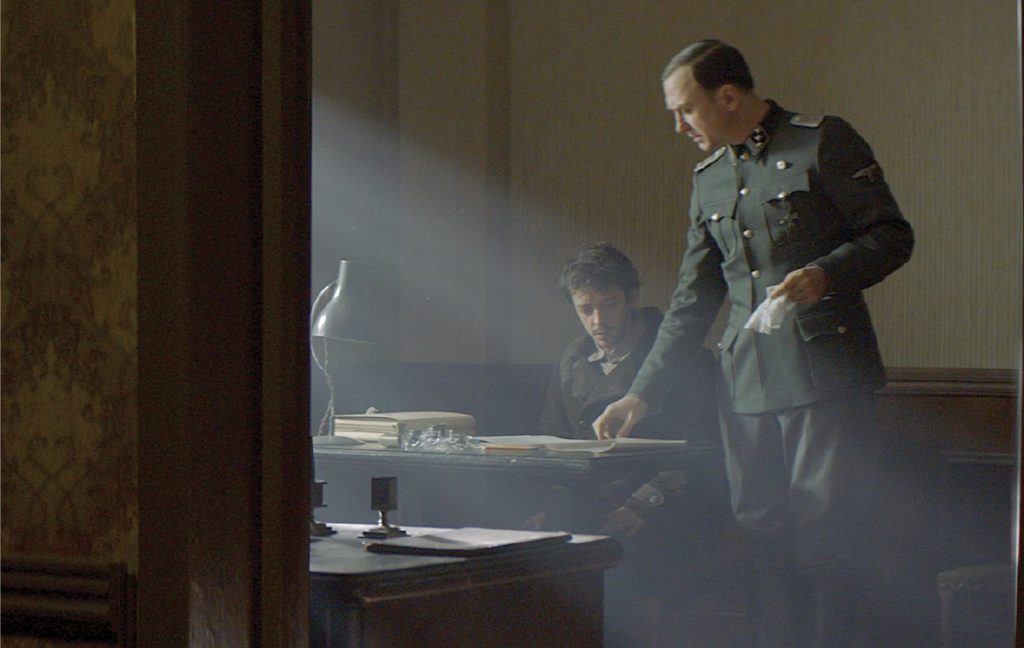 One by one, in-person events have been returning to our lives.

This is great news for fans of one of our area’s most-anticipated annual celebrations—the Edward S. Finkelstein Harrisburg Jewish Film Festival. After two years of being virtual-only, the festival will feature dual formats this year.

“The festival will be a hybrid of live and virtual screenings to accommodate everyone eager to get back to the theater, as well as the many who are not yet ready to do so,” explained Julie Sherman, festival chair.

This year, the festival comprises Israeli, American, Canadian and European films— documentaries, dramas and one comedy. In-person screenings will take place at both Midtown Cinema and the Harrisburg Jewish Community Center (JCC).

Opening night is May 19 at the JCC, when the first two episodes of an Israeli television miniseries, “The New Jew,” will be screened. The final two episodes will screen at the JCC a week later, on May 26.  Both JCC events will be followed by dessert receptions.

“The series was made to try to explain to Israelis what American Jews were all about,” said Sherman. “It’s light-hearted, but fascinating, because in this country we express our ‘Jewishness’ in a wide variety of ways.”

Five films will screen at Midtown Cinema over the weekend of May 21 to 22.  Among them are “Image of Victory,” a drama based on a desert battle during Israel’s War of Independence, and “A Lullaby for the Valley,” a documentary about an Israeli artist who paints huge canvases of the views outside his studio.

“We chose these pictures for live screenings because the vistas are so beautiful,” Sherman said. “You really can’t appreciate them on a laptop or phone.”

For live screenings at both venues, proof of vaccination and photo ID are required. Masks are encouraged.

The one exception is this season’s Book Club Film, “Gentleman’s Agreement,” the 1947 Academy Award-winning drama based on a best-selling novel of the same name by Laura Z. Hobson, which will screen once only, at Midtown Cinema. The movie stars Gregory Peck as a newspaper journalist who poses as a Jew to expose anti-Semitism in New York City and affluent communities in neighboring Connecticut after World War II.

“The film is celebrating its 75th anniversary this year, and while it does not pack quite the same wallop as it did upon its release, its subject matter is as timely now as ever,” Sherman said.

Other films include “Marry Me However,” about gay men in the Orthodox Jewish community who have chosen to meet the dictates of Jewish law through marriage and having children at the expense of their true selves; “Persian Lessons,” about a young Belgian who is sent to a concentration camp and narrowly avoids execution by swearing to the guard that he isn’t Jewish, but Persian; and “Plan A,” a thriller based on the true story of a post-WWII group of Jewish vigilantes who vowed to kill one German citizen for every Jew killed in the war.

“Our audience got used to watching movies at home, at their leisure, anytime,” she said. “They like it. So, we’ll probably never again have an all-in-person festival. There will always be some kind of virtual component. But we’ve got to get everyone back to the theater!”

Sherman fears that, due to the pandemic, moviegoers have lost the important communal experience of seeing a film together.

“Until people come back, they won’t know what they’ve been missing,” she said. “So all I can say is, please come back to the movies.”

For more information, including ticketing information and a full movie slate, visit www.hbgjff.com.

This year, the Edward S. Finkelstein Harrisburg Jewish Film Festival will take place both live and virtually. Live events include: