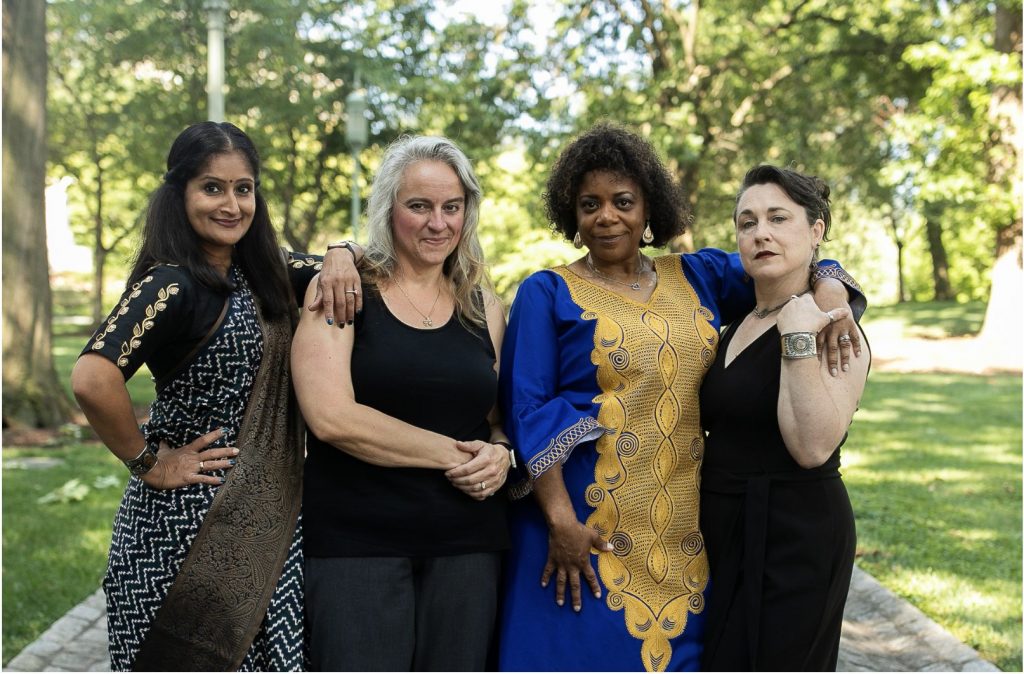 For the first time in its nearly 30-year history, Gamut Theatre will have all female directors for its mainstage season.

The directors of Gamut’s 29th season are a powerful and unique group of women. Each will bring her own vision to the Select Medical Mainstage over the course of the year.

Season 29 will open with back-to-back direction from Gamut’s Executive Director Melissa Nicholson. First up is a public showing of the 2021-22 educational engagement production “A Midsummer Night’s Dream,” which has been adapted by Melissa and Clark Nicholson.

Though it is her fifth time directing the play, Melissa Nicholson is still finding new and exciting ways to introduce the next generation to Shakespeare.

“I don’t even mind going through the play again,” she said. “I’m always finding something in the source material that I didn’t find last time.”

“Midsummer,” running Oct. 8 to 17, is a pinnacle example of a magical story, which really sets the tone for the rest of the season. In fact, “a little bit of magic” seems to be the theme at Gamut this year.

Next comes “Alice’s Adventures in Wonderland and Through the Looking Glass,” an adaptation of the absurd and delightful books by Lewis Carroll. While “Alice’s Adventures” will be very different from other classic children’s stories (because there is no specific lesson at the end), Nicholson feels there is a greater meaning available—when you take the time to notice it.

“I feel that Alice is universally relatable for most of us who grew up with her story,” she said. “As a woman who broke the mold a few times in my life, it is especially meaningful to watch this young girl who can’t seem to fit in anywhere or get herself out of trouble.”

Sometimes, that spark of creativity and being different leads people to their “ultimate station in life,” she added.

“But some of this story is purely just good fun,” Nicholson said, laughing.

You’ll have a chance to see the giant Cheshire Cat puppet and the full cast of playful characters, Nov. 6 to 28.

In 2022, the magical shows get more intentional and earnest. Gamut will celebrate Black history by partnering with Sankofa African-American Theatre Company.

“Echoes of Voices of the Eighth,” an expansion of the show from 2019, will debut Feb. 11 to 20. Written and directed by Sankofa’s Executive Artistic Director Sharia Benn, this play uses the stage to connect a present teenager with generations past. Benn brings to life the people who once lived in the Old Eighth Ward, where part of Harrisburg’s Capitol Complex now sits.

“When you know your past—for yourself—you have strength and truth for the journey ahead of you,” Benn said.

The show encourages celebration of the self and one’s history, especially in Harrisburg, where many are unfamiliar with the roots directly under their feet. Benn brings this history alive for current and future generations with her new script.

In March, Gamut will present “Orlando,” directed by Francesca Amendolia. It’s a story that transforms itself and its characters and brings audiences along on a journey through centuries.

Orlando, a young nobleman in the court of Queen Elizabeth I, yearns for love and adventure and to find his place in the world. So strong is his longing that he becomes untethered in time. Two hundred years of adventures and love later, Orlando, who is now only 30, awakes from a weeklong sleep to discover he has become a woman. Transformed and yet essentially the same person, Orlando still hungers for adventure and love and understanding.

Adapted from the novel Virginia Woolf wrote for her lover, Vita Sackville-West, Sarah Ruhl’s “Orlando” is a hilarious, tender and joyful celebration of queer love, gender and the complicated and beautiful journey we all must take to discover our true selves.

“‘Orlando’ tells us that people do not need to be defined or confined by gender, fashion, society, or even time itself,” Amendolia said. “Orlando does not age or die because they are so determined to figure out who they are, to find their voice, and that means they must discard their assigned gender to explore more of what it means to be fully Orlando.”

Rachita Menon will co-direct the Young Acting Company’s “Panchatantra Tales” with Melissa Nicholson this spring. The show, portrayed by students ages 8 to 18, will detail a compilation of lessons-turned-stories from India.

“My entire childhood flashes in front of me when I think about these stories and what they meant to me growing up,” Menon said.

It will come to the Gamut stage April 8 to 10 for four performances only, complete with animals, dances, adorable faces and a little bit of magic.

The directors of this season will bring a combination of warmth, excellence, synergy and fearlessness to the mainstage, which in turn will create one of Gamut’s most diverse seasons yet.


“A Midsummer Night’s Dream”
By William Shakespeare
Oct. 8 to 17
Fridays and Saturdays at 7:30 p.m.
Sundays at 2:30 p.m.
Doors and bar open one hour prior to the performance.
Tickets are “pick your price.” You can choose the recommended $38 ticket or a discounted ticket price of $26 or $14.