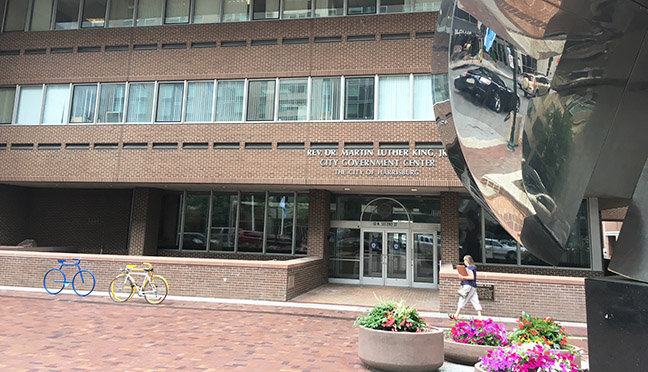 There’s a lot wrong in Harrisburg—from parking problems to too much poverty.

But there’s plenty right, too, and those things are worth celebrating, which, at TheBurg, we’re not shy about doing.

One of those “right” things is the level of civic engagement among the people of this city. I noticed this soon after moving here, and, over time, I’ve grown more impressed with how much residents care about this community and, often, demonstrate their concern by making their voices heard and getting involved.

A key marker of civic engagement is the willingness of people to serve as local officeholders. Running for political office is no easy task. It takes time, caring and commitment to put oneself before public scrutiny and then to serve in an often grueling, poorly compensated (sometimes volunteer) position.

Therefore, I was pleased by the number of candidates signing up to run in the May 18 municipal primary election. The deadline for nominating petitions passed yesterday, and the interest in serving this community is profound and impressive.

In all, six candidates want to be the next mayor of Harrisburg. Thirteen are running for four seats on City Council, and nine want to be your next school board director.

I’m sure that many of you already have a favorite candidate or two. But before the campaign heats up and the fur starts flying, let’s take a moment to appreciate all those who have decided to run for office and serve their community.

Over the past 12 or so years, I’ve logged hundreds, maybe thousands, of hours sitting in City Council chambers, planning and zoning board hearings, school board meetings, etc.

Through this, I’ve seen over and over what it takes to serve the public. It’s frequently a thankless task, with long hours, little appreciation and a whole lot of flack. Unfortunately, social media has made this tough job even tougher.

Having closely watched the city’s public servants for so many years, I’m especially appreciative of those who choose to serve. Some people may think that being Harrisburg mayor or a council member is somehow glamorous. It’s not. Whatever “glory” there may be on Election Day ages fast, replaced quickly by the reality of tedious, late-night meetings, tough decisions and relentless, often personal and sometimes unfair criticism.

So, I want to say, “thank you” to all who want to step up to serve our community. And, with that, as they used to say in ancient Rome—let the games begin!