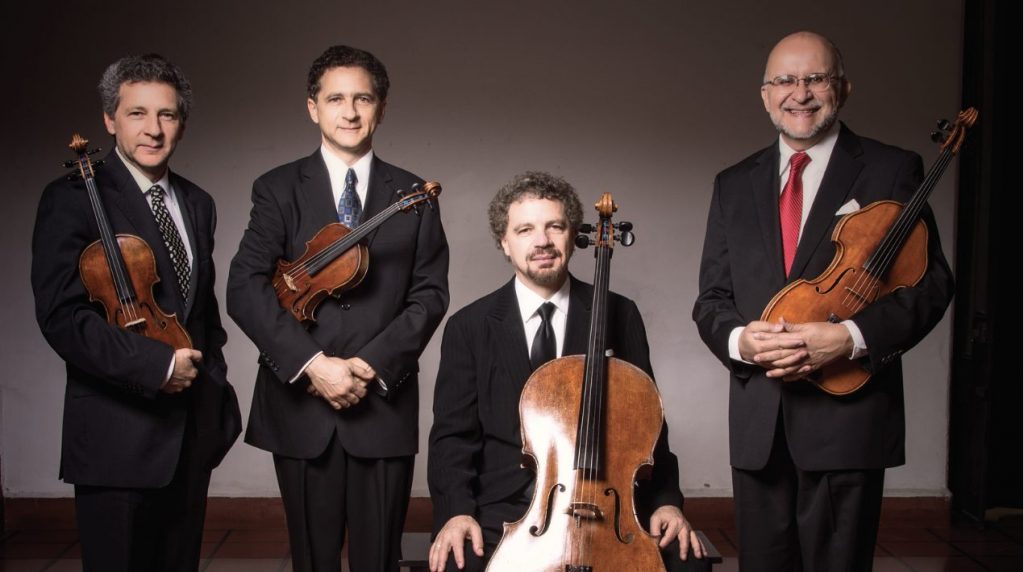 Timing is everything, whether in life or in music.

No one knows that better than Peter Sirotin, co-director of Market Square Concerts in Harrisburg, who proclaims that this season’s programming “was meant to explore how music can transport us through time and space.”

“This might be our most geographically and historically far-reaching season yet,” he said. “I believe that a concept of using arts to expand one’s horizons by connecting to different cultures and eras is now more meaningful than ever, given how stationary all of us have been for most of 2020.”

But life has arts organizations locally and worldwide impacted by the pandemic, so one must address that proverbial elephant in the room. How will Market Square Concerts journey down that pandemic path during its upcoming 39th season, particularly given the domestic and international travel restrictions their performers might face? What about the audiences who flock to the various local venues to enjoy its concerts at Whitaker Center, Temple Ohev Sholom and Market Square Presbyterian Church?

Sirotin already has had to reschedule a piano recital and masterclass by British pianist Steven Hough to the 2021-22 season after Hough’s entire U.S. tour was cancelled. Fortunately, Sirotin was able to find a replacement for October, but the juggling required a lot of work to make it happen.

“When we had to cancel performances at the end of our previous season, the overwhelming majority of patrons chose to donate the cost of their tickets to MSC instead of requesting refunds,” he said. “As we go forward, we hope that the generous community support will continue because our season will be impacted by having to limit our audience in order to socially distance.”

Sirotin made sure that MSC kept connecting with its audiences despite the interruption by emailing video and audio recordings of performances accumulated over the last decade. As far as this coming season, it’s a go.

“We are passionate about the unique, spiritually nourishing quality of great live performances, but we also are planning to comply with all state and local government guidelines on face coverings and social distancing in order to present these events as safely as possible,” he said. “To accommodate those who may be reluctant to join us, we are planning to offer high quality recordings of concerts, contingent on artists’ permission, of course.”

With that said, MSC’s 2020-21 varied concert season incorporates music from Shakespearean England, the Italian Baroque era, 20th century Latin America and Eastern Europe, and even from the great American songbook.

The season opens on Oct. 6 at Whitaker Center with renowned pianist Mark Markham, whose “Dances and Improvisations” celebrates the freedom of expression by composers from Bach and Chopin to Ravel, Poulenc and others. For 20 years, Markham was the recital partner of the late Jessye Norman, one of the greatest sopranos of the 20th century. A few years ago, he had also performed as a soloist with the Harrisburg Symphony, where he performed the Ravel Piano Concerto.

The Nov. 15 concert at Temple Ohev Sholom showcases the vitality of music from Argentina, Brazil, Spain and Italy. It presents a collaboration between Cuarteto Latinoamericano, winner of the two Latin Grammy awards for best classical recording, and Jiji, a Korean guitarist who won Concert Artists Guild’s international competition.

“This offers a spectacular range of virtuosity and unique style,” Sirotin says. “I am personally looking forward to this concert because one of my favorite string quartet CDs is the Cuarteto Latinoamericano recording of the Ginastera Quartets.”

When the calendar turns, Market Square Concert’s season will continue, exploring music throughout the world, along with a bit of romance.

March 14, also at the temple, will feature performances by the Verona Quartet presenting Dvorak’s romantic “Cypresses.”

Finally, on April 28, at the church, “Stuart and Friends” will feature maestro Stuart Malina at the piano joined by Sirotin on violin, among others. Sirotin will perform Korngold’s Piano Quintet with the symphony.