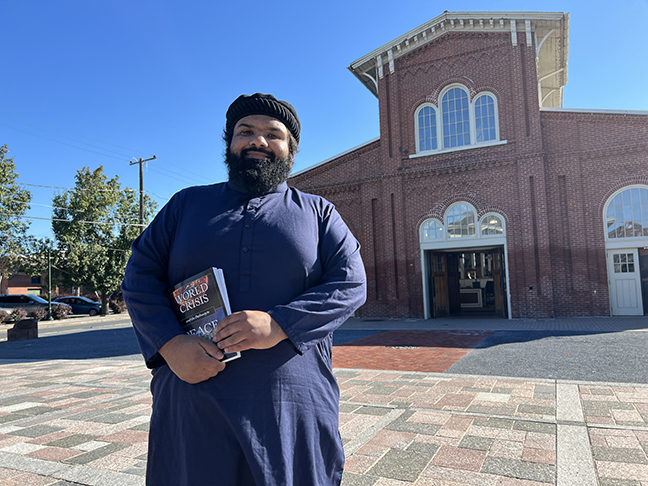 A Harrisburg-area congregation wants to put a little more peace into the world—and world peace, the congregation believes, begins at the community level.

“In our current world crisis, we see war and turmoil around the world, and if world war three were to break out, it would be the innocent—those who are most powerless—who would suffer the most. So we’re trying to end it, before it can begin,” said Daanyal Ahmad Qureshi of the Ahmadiyya Muslim Community, Central PA Branch.

That’s why the congregation, based in Harrisburg’s Italian Lake neighborhood, is planning an event open to the public and designed to foster peace. Called “Stop WW3,” the event will be held at the Hadee Mosque, 245 Division St., on Saturday, Sept. 10—the eve of the 9/11 anniversary.

“We understand the history of 9/11 and there unfortunately are a number of Muslims who commit acts that cause harm and destruction,” said Qureshi, who noted that throughout history, there have been people who “twist” religious beliefs with ill intent. “But the word ‘Islam’ itself means peace, and a Muslim adheres to peace.”

Qureshi, 26, serves as the congregation’s imam—a worship leader similar to a pastor or priest. He was born and raised in central Pennsylvania, so, Qureshi said, it’s especially meaningful to have the opportunity to promote peace within his hometown community.

“Peace means tolerance and acceptance. Tolerating means living side-by-side, but accepting means inviting people to your home—and acceptance and love of neighbors is one of the most important things [in the Islam religion],” Qureshi said.

The heart of the Sept. 10 event will be based upon a book by the congregation’s international imam, Mirza Masroor Ahmad. Titled “World Crisis and the Pathway to Peace,” the book is a collection of letters and speeches Ahmad has presented or sent to world leaders across the globe to promote peaceful relationships.

“The book gives an Islamic perspective on the current world crisis,” said Qureshi, who notes that attendees shouldn’t worry about reading the book beforehand. “The book seeks to find a solution that is relevant to everyone—you don’t have to be a Muslim—with basic human elements of kindness, tolerance and acceptance.” 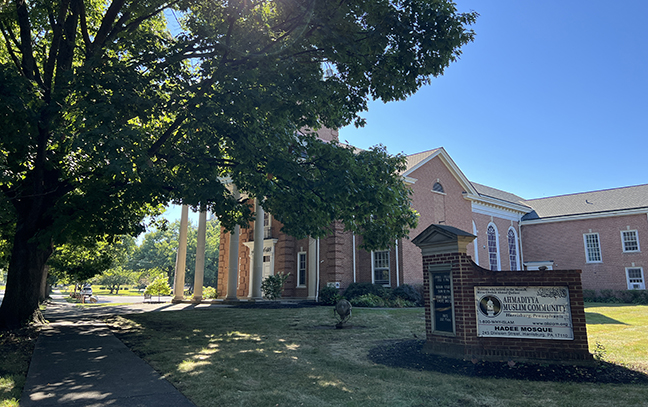 Although the event is free and open to all members of the public, Qureshi said he’s been reaching out to numerous congregations of other faiths, with the hope of starting a meaningful dialogue and understanding within Harrisburg’s faith-based community.

“The event is purely to get to know us better, to spread the message of peace, and to work with our neighbors in getting to that goal—we can’t do it alone,” Qureshi said. “Even though we’re a small community [at Hadee Mosque], there are so many people who have so much to offer in terms of friendship and neighborly love.”

The Sept. 10 event begins with a reception at 5:30 p.m., followed by the program, Q&A session, and dinner comprised of butter chicken, curried rice and naan bread. It marks the congregation’s first public outreach since the pandemic hit.

“We’ve had peace-inspired events before—interfaith events with other churches such as interfaith walks. But it’s been a couple years due to the pandemic,” said Qureshi.

Although he’s personally never felt hatred, or been attacked in any way for his religious beliefs in central Pennsylvania, Qureshi acknowledges there are misconceptions and stereotypes his congregation will be attempting to erase for years, following the events of 9/11.

“9/11 happened when I was 6 or 7 years old, but I was quick to understand the events were a very big deal for Muslims,” Qureshi said. “It caused hardships, but we understand it’s not a purposeful hate. Anytime we’re oppressed or attacked, we’re taught that we don’t hold any malice.” 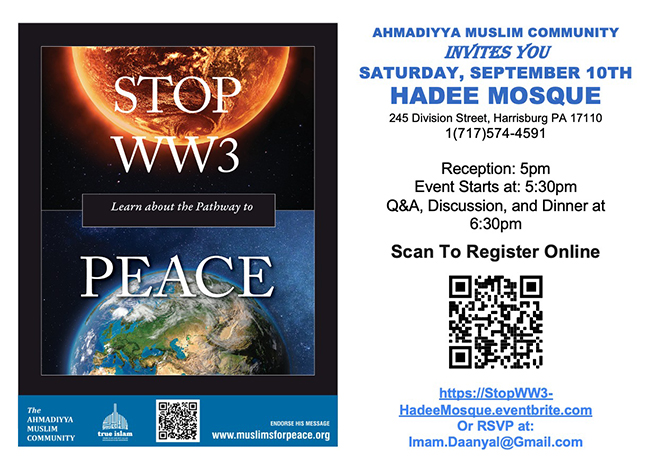 Another core concept of the Islamic faith is loyalty to country.

“We see it as our duty to give back to the country that has given us so much—it’s our obligation,” Qureshi said. “We ourselves are Americans as well—we are accepted here, so why wouldn’t we want to give back [by promoting peace]?”

For more information on the Sept. 10 event or to RSVP, see
“Stop WW3” on Eventbrite.

The event is free and open to the public. RSVPs are encouraged on Eventbrite, although Qureshi said, “no one will be turned away” the evening of the event. To reach Qureshi directly, email messages to imam.daanyal@gmail.com.