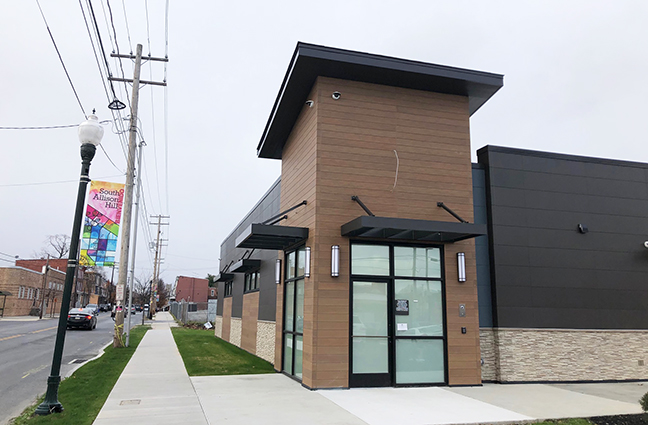 Harrisburg’s second medical marijuana dispensary is slated to open on Wednesday, this one in the heart of Allison Hill.

Zen Leaf will open for business at 137 S. 17th St., across from Hamilton Health Center, the first of three retail locations that the company plans for Pennsylvania.

“We’re excited about our Pennsylvania debut, bringing the Zen Leaf dispensary experience to a new and thriving medical market,” said George Archos, founder and CEO of Chicago-based cannabis operator Verano, in a statement.

The new dispensary offers a range of cannabis products, including concentrates, infused products, vaporizers and flower, according to the company.

In December 2019, a Lehigh Valley-based company called Local Dispensaries LLC received city approval to build the 3,000-square-foot dispensary, about a year after the state granted it a permit.

At the time, City Council expressed dissatisfaction with the location of the facility, but voted 4-3 to approve the project as it conformed with city building requirements.

Reached by phone, representatives of Verano could not immediately state why their company, not Local Dispensaries, now is operating the facility. Verano operates 18 retail locations across 12 U.S. states.

This is the second dispensary located in the city. The first, Harvest of Harrisburg, opened last year on N. 6th Street in the former home of Camp Curtin Bar-B-Que. There are several other state-licensed dispensaries elsewhere in central PA.