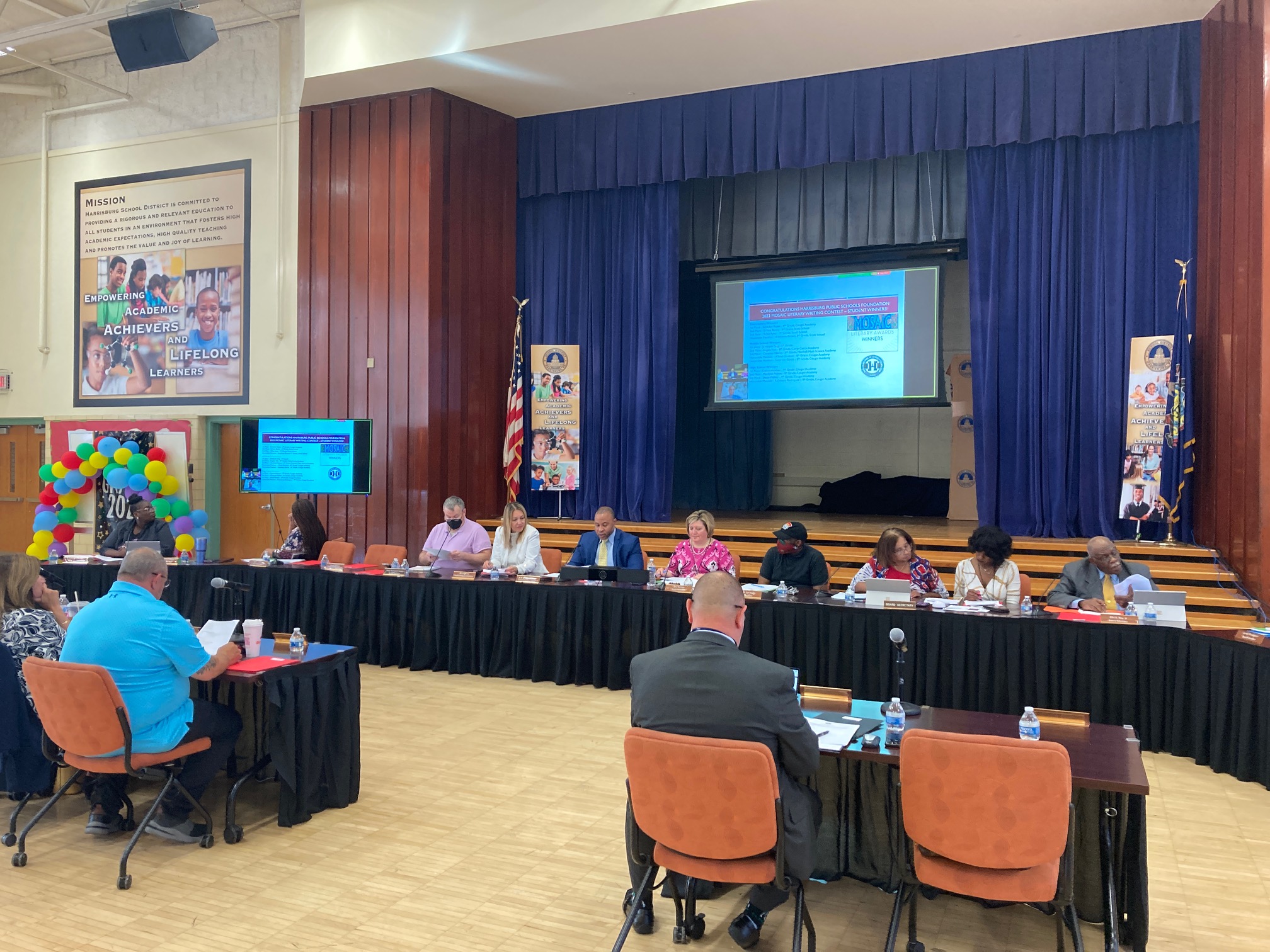 Harrisburg School District officials at a school board meeting on Monday.

Some Harrisburg property owners soon will see a tax increase, as the Harrisburg School District has approved a 3.36% hike for the coming year.

At a board meeting on Monday, Receiver Dr. Lori Suski approved a $223.8 million 2022-23 budget, which includes an increase in the school district portion of the property tax.

The school board voted 6-1 to increase the property tax millage rate from 29.78 in 2021-22 to 30.78 in the coming fiscal year, exercising the one major power it holds under receivership. Board Director Roslyn Copeland voted against the increase; directors Jaime Johnson and Terricia Radcliff were not in attendance.

“I am very happy that the board saw fit to approve of the tax structure because that enables us to have a balanced budget and enables us to move forward with some necessary projects for the district,” Suski said.

With the increase, taxpayers will pay $30.78 per every $1,000 in assessed property value. However, the 5,609 households in Harrisburg that receive the homestead exemption will actually see a decrease in their taxes, according to Dr. Marcia Stokes, the district’s business administrator. Additional property tax relief funds this year will increase the exemption, she said.

At a previous board meeting, Stokes said that annual tax increases are part of the 2021 Financial Recovery Plan for the district and that the raise was necessary for the operations of the district.

The district’s 2022-23 budget includes the use of millions of dollars in federal COVID relief funds, making the spending plan much higher than last year’s $184.8 million budget.

Harrisburg received an influx of about $50 million in Elementary and Secondary School Emergency Relief (ESSER) funding, which it plans to use on projects such as the renovation and reopening of the district’s Steele Elementary School. The district also plans to replace HVAC systems across schools with the funding.

As the district moves forward into the next school year, it will remain under state receivership. The Dauphin County Court of Common Pleas approved the extension of the receivership, which was set to end on June 17, for another three-year period. Suski was reappointed as the receiver for the district through June 17, 2025.