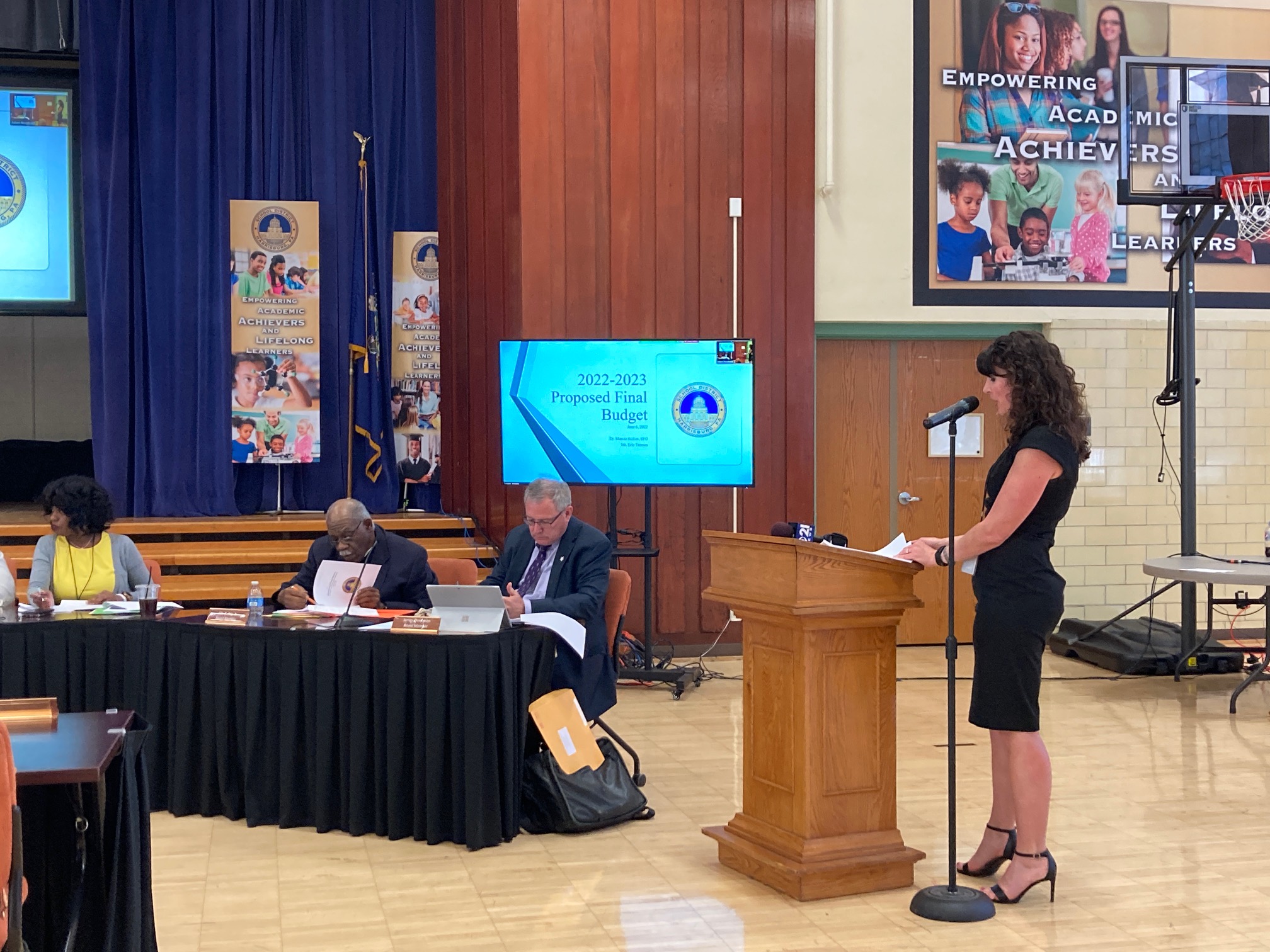 Dr. Marcia Stokes, business administrator, presented the proposed 2022-23 budget for the Harrisburg School District on Monday at a school board meeting.

Some area property owners soon may see a tax increase, as the Harrisburg School District has proposed a 3.36% hike for the coming year.

At a board meeting on Monday night, district officials presented the proposed $224.2 million 2022-23 budget, which includes a tax increase for the school portion of the property tax.

However, Dr. Marcia Stokes, the district’s business administrator, explained that the 5,609 households in Harrisburg that receive the homestead exemption will actually see a decrease in their taxes. Additional property tax relief funds this year will increase the exemption, she said.

According to Stokes, the Recovery Plan for the district calls for an annual tax increase, which would’ve been 5.1% this coming year. The district did not want to recommend that great of a hike, Stokes said, but did need some increase for the operations of the district.

“We do look beyond just the one budget when it comes to tax increases because they do have a lasting impact,” she said. “Every year that you don’t increase taxes, you can never recover that revenue.”

The school board will need to approve the proposed tax hike, which is virtually the only power that the board has left since the district entered into state receivership in 2019. That vote is expected to occur before the end of the month.

Overall, the district proposed a $224.2 million balanced budget that includes the use of millions of federal COVID-19 relief dollars.

According to Stokes, this year’s proposed budget is much higher than last year’s $184.8 million budget due to the influx of about $50 million in Elementary and Secondary School Emergency Relief (ESSER) funding.

The proposed budget includes normal expenditures such as regular instruction, special instruction and staffing costs. However, this year, it also includes special projects such as the renovation of the district’s Steele Elementary School, which they plan to reopen, and the replacement of HVAC systems across schools. Both would utilize ESSER funds.

“I’m so happy that we will be able to move forward with the project at Steele Elementary,” Superintendent Eric Turman said.

Receiver Dr. Lori Suski is expected to make a decision on the adoption of the proposed budget at a June 27 board meeting.

In other news, Turman announced that the district plans to reinstate after-school sports to its middle schools in the coming year. The district is considering football, cheerleading, wrestling, basketball, track and field, volleyball and soccer as potential activities for students.