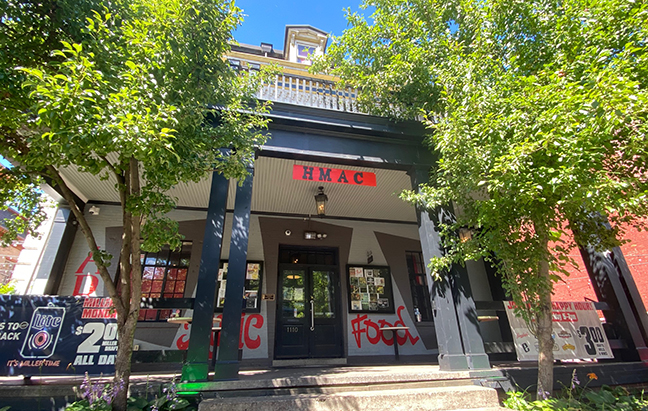 Under the multi-year agreement, Live Nation will be H*MAC’s exclusive booking partner for the 1,200-person capacity Capitol Room, the largest of several performance spaces in the sprawling Midtown entertainment and dining complex.

“We have a beautiful venue, and now with our new partnership with Live Nation, we’re looking to take H*MAC to the next level with even more concerts and performances,” said Chris Werner, H*MAC’s president of entertainment. “This new relationship will help drive the ongoing revitalization of the city’s live entertainment scene.”

H*MAC opened in 2009, with the original partners mounting an extensive, multi-year renovation of the 34,000-square-foot space that once housed Harrisburg’s first Jewish Community Center. In 2019, a new partnership assumed control, purchasing the venue for $6 million and continuing the building restoration.

“H*MAC is a fantastic space for live music, and we look forward to working closely with the team in creating new and exciting opportunities connecting artists to artists with their fans here in the capital city of Pennsylvania,” said Geoff Gordon, regional president, Live Nation Northeast.

According to Gordon, Live Nation was attracted to H*MAC due to its extensively renovated and upgraded facility, as well as its location in central PA, which offers a strategic stop for national touring acts.

“Our team currently books shows across the state in Philadelphia, Wilkes-Barre, Scranton, Allentown, Reading, Hershey, State College and Pittsburgh,” he said. “By adding H*MAC, we can provide an additional tour stop for artists traveling between cities like Philadelphia and Pittsburgh, connecting them with a new and engaged audience.”

“H*MAC is a fantastic space for live music, and we’re looking to increase opportunities to connect music fans with some of their favorite artists here in Pennsylvania’s capital city,” Gordon said.