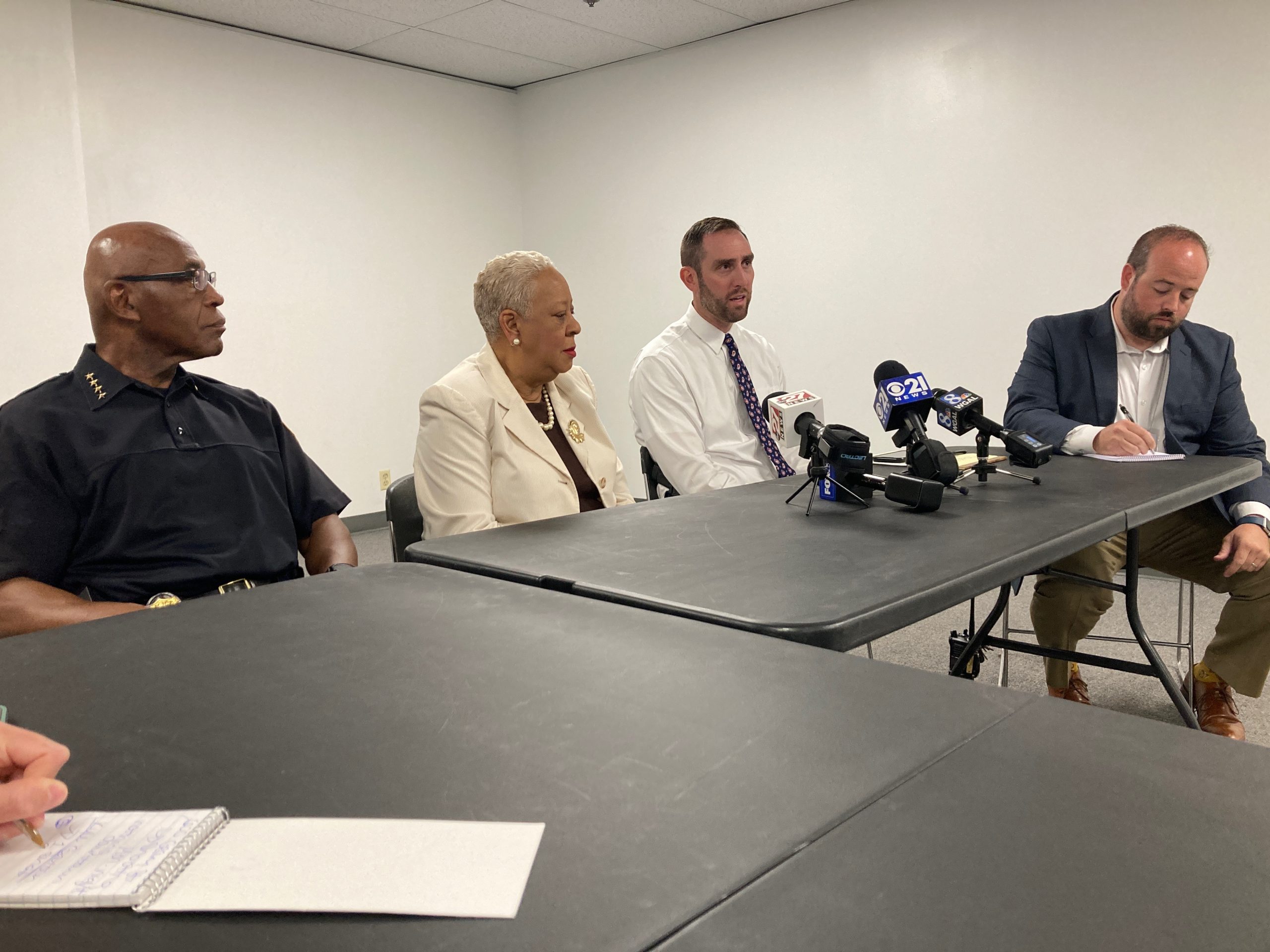 After a fight broke out among juveniles at the Fourth of July Food Truck and Fireworks Festival, a panicked crowd ran from the park, leaving many personal items behind, according to police Commissioner Thomas Carter. The city’s Parks and Recreation department has collected those items and is holding them at the Reservoir Park Mansion for pickup between 8 a.m. to 4 p.m. on Monday through Friday.

Two youth were involved in a fight at around 9:30 p.m. near the Walnut Street Bridge on N. Front Street, Carter explained. At that time, someone in the crowd of festival attendees yelled “gun,” while others set off firecrackers around the same time. While Carter stressed that there was no shooting and no “credible threats of a gun,” the events caused people to take off running. The city’s fireworks show had not yet started, as they were waiting for a Harrisburg Senator’s baseball game to end.

“The crowd panicked and everybody started running off in every direction,” Carter said at a press briefing on Tuesday morning. “It was a stampede of people. It’s understandable. We are living in a time where active shooters are prevalent.”

The Harrisburg Police Bureau has arrested one juvenile in connection with the incident.

During the ensuing chaos, many children were separated from their families, although Carter said that all kids and families were reunited.

According to Carter, thousands of people attended the festival. In the frenzy, many personal items were left in Riverfront Park. To retrieve them, residents can visit the Reservoir Park Mansion or call the Parks and Recreation Department at 717-232-3017 for more information and pick-up times.

Carter said that police officers were already stationed in the area near the Walnut Street Bridge, where the incident took place, and responded quickly, using mace to defuse the situation.

Mayor Wanda Williams was also on site around the time of the incident and was briefly separated from her own grandchildren during the chaos, she said. She then stayed to help reunite children and families, Carter said.

“I want to apologize to the public and the surrounding community residents that participated in the event,” Williams said. “I am saddened by what happened last night. It was chaotic.”

However, Williams assured the public that Harrisburg is a safe place to visit and that the city would evaluate and improve its crisis plan.

“I want to assure people that it is safe to come to events in the city of Harrisburg,” she said.