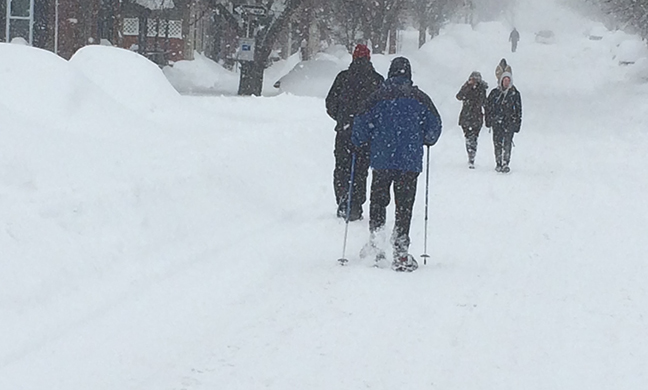 Reily Street in Harrisburg during the blizzard of January 2016

City residents will be able to park for free in the Locust Street Garage, 214 Locust St., beginning at noon on Wednesday and continuing through the afternoon of Thursday, according to the city.

This action was taken so that residents are able to clear snow emergency routes of vehicles and to allow for easier passage of snowplows.

In addition, the city is urging residents to park as closely to the curb as possible and away from intersections to make room for plows.

The Department of Public Works is expected to deploy 16 trucks to help keep major roads clear, according to the city. Mayor Eric Papenfuse is also encouraging people not to drive if conditions become hazardous.

Harrisburg is currently under a Winter Storm Watch beginning Wednesday morning and lasting through Thursday morning. According to the National Weather Service, more than a foot of snow is possible during this time.