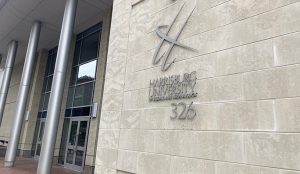 When it comes to environmental justice, a group of local activists are ready to create a climate of change.

Leaders of the “Environmental Justice in Pennsylvania” symposium plan to virtually bring together people from around the state on April 6 to spark action on the issue.

“This is for the people, said Rafiyqa Muhammad, co-chair of the event and a member of Harrisburg’s Environmental Advisory Council. “It starts with the people.”

The one-day event will focus on activating environmental justice “hubs” in different regions throughout the state in order to address each area’s specific issues.

“Environmental injustices are carried out in lots of parts of the state, but they don’t have the same face,” said Peter Buck of Penn State University’s Sustainability Institute, and co-chair of the symposium.

Harrisburg University, a host of the event, will serve alongside Dickinson College as the “Southcentral hub,” one of the six they plan to establish in the state.

Muhammad said that the hubs will be places where people in the community can go to learn more about environmental justice and collaborate with others with the same interest. She hopes the event will address issues around racism and the environment.

“People have a right to clean air,” Buck said. “That’s a right in Pennsylvania.”

Besides creating the hubs, Muhammad hopes the symposium will inspire attendees to make small changes in their lives to “clean up the planet and get people healthy.” It starts with people sweeping their front porch, picking up trash and maintaining their yards, she said.

Although it’s just a one-day event, organizers hope it energizes people to get involved in their communities. Buck said they plan to have follow-up events in the summer.

“One day can get people excited,” he said. “It’s on the organizers then to encourage people to keep connecting.”

For more information on the Environmental Justice in Pennsylvania symposium, visit www.summits.harrisburgu.edu/ejp/.