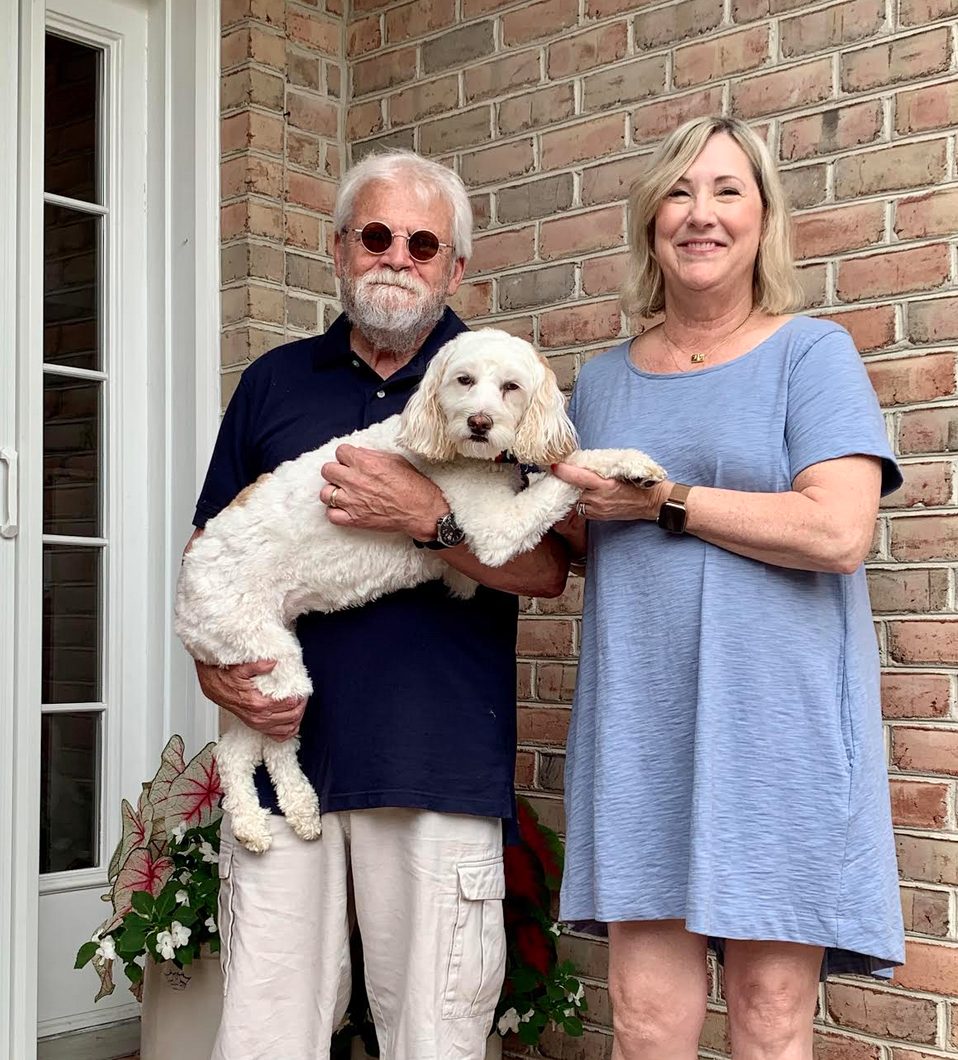 Sheldon Jones and Debra Yates, co-chairs of “Glory to Ukraine”

It all started during a conversation in a yard.

Neighbors Debra Yates and Sheldon Jones stood on their lawns one day discussing the war in Ukraine when they both decided that they wanted to do something to help the residents of the war-torn country.

“We’d stand out there and say, ‘we’re so upset about what’s happening in Ukraine,’” said Yates. “We wanted to do something.”

Jones said that the feeling was mutual.

“This was born out of frustration–watching the news thinking, ‘this is so terrible; I don’t know what I can do to help,’ and Deb felt the same,” Jones said.

Both had experience in fundraising–Yates worked with nonprofits and Jones helped start the Christmas-themed “Joy to the Burg” album and concert for charity. So, they felt they could organize an event.

After the initial discussion with Jones, Yates found out that an old friend and Ukrainian cellist, Tetyana Pyatolenko, was having a benefit concert for the people of Ukraine. That’s how “Glory to Ukraine: A Benefit Concert in Harrisburg for Hope and Peace” was born.

Pyatolenko will serve as the concert’s featured artist. Both Jones and Yates have connections with local groups, such as the Harrisburg Symphony Orchestra and The Susquehanna Chorale, which made it easy to get those groups involved. Pianist Daniel Dorty and oboist Andreas Oeste will also perform. The Susquehanna Chorale’s Mitchell Sensening will perform the Ukrainian National Anthem in the country’s native language.

Yates met Pyatolenko through mutual friends when she was studying music at Messiah University. Having moved to the United States from Ukraine in 2010 as an 18-year-old, Pyatolenko feels as if Harrisburg was her very first “hometown.”

This cause is very near and dear to her heart, as she has family and friends still in and around the Kyiv, Ukraine, area. She’s overwhelmed that people in Pennsylvania want to help her distant family.

“Seeing communities making a difference that are far, far away from where they are is meaningful,” Pyatolenko said.

The concert will be held on Aug. 14 (10 days prior to Ukraine’s Independence Day) at 3 p.m. at Whitaker Center. All of the funds raised will benefit the U.S.-Ukraine Foundation. Yates and Jones chose the organization because it sends money directly to those in need.

“They are working with a Rotary Club in Ukraine to get more hands in getting food and things that can be donated to the people,” Jones said. “I think that’s amazing. You look at the TV and think about people from the Rotary Club delivering these things. It’s heartwarming.”

Tickets are $40 and VIP tickets, which include a ticket to the after-party with light refreshments and a meet-and-greet with the concert performers, are $100. Ticket sales begin on July 1. There are also available opportunities for sponsorships.

Jones and Yates are thankful for all of the support they have gotten so far. Companies have donated billboards and web and film services in order to promote the fundraiser.

The organizers hope to sell out all 700 seats at Whitaker Center as they work to make a “small difference.”

“We’re hoping a lot of people are feeling the same way we are about wanting to help Ukraine,” said Jones. “We’re all looking for some way [to help] and some event to get involved with.”

As for Ukrainian native Pyatolenko’s hopes for the concert, she wants to see awareness raised for the suffering of her friends and family back home.

“Bringing the community together and making them aware of what is happening in Ukraine, how it affects citizens there as well as everyone globally, I think it is very essential to talk about those things,” she said. “I think this is one of the ways to do it. Making an impact on the smaller level makes a difference on the bigger, global level.”

For more information on “Glory to Ukraine: A Benefit Concert in Harrisburg for Hope and Peace” or to purchase tickets, visit their website.