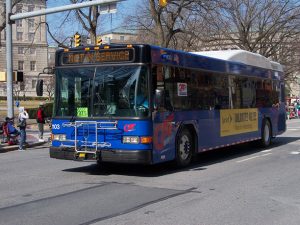 A CAT bus in Harrisburg

Harrisburg took two substantial steps on Tuesday, moving the city closer to exiting Act 47 and to widening transportation services for the city and beyond.

At a virtual City Council legislative session, council members approved the creation of an OPEB Trust Fund to handle supplementary funds for retired city workers and their families’ healthcare benefits.

According to City Solicitor Neil Grover, this is a final piece of the Harrisburg Strong Plan, a years-long recovery plan that took shape after the city faced financial collapse in 2010.

“It was a recommended best practice for municipalities to start to create these trust funds to deal with long-term costs that were unfunded,” Grover explained on Tuesday.

The trust will begin with $3.3 million from the city and will be tasked with finding additional funding.

The trust’s board will consist of nine members, one from each of the city’s three unions, two appointed by the mayor, two by City Council and two by the state-appointed recovery coordinator for the city.

Also on Tuesday, council passed a resolution supporting the creation of a new partnership between Harrisburg-based Capital Area Transit (CAT) and York-based rabbittransit. The plan is for the two to merge into one Susquehanna Regional Transportation Authority, offering a standardized system and improved connections for riders.

Officials from the transportation authorities are seeking support from all the municipalities and counties affected by the merger before moving on with the process.

Foote purchased the 4,800 square-foot building on March 10 for $180,000 from Schnecksville Pa.-based Mussani and Matz Co. He plans to renovate the building to include five two-bedroom apartments and a first-floor commercial space.

He said that he anticipates beginning work on the building with the next month or two and has already received inquiries from businesses about the commercial space.